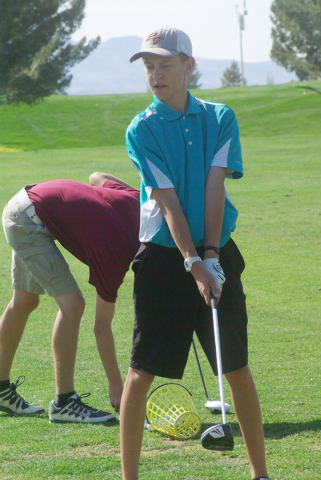 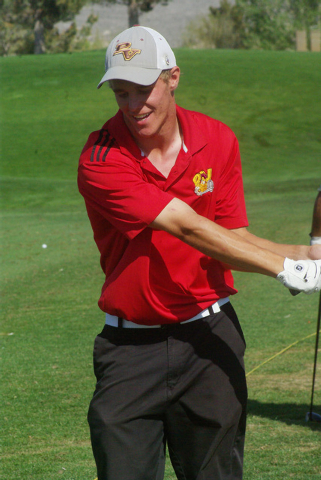 The Trojans golf team continues to improve with each match and have played two matches in the past week with good results.

On Wednesday last week the team traveled to Aliante Golf Course in North Las Vegas and took second place with a score of 452.

On Monday the Trojans were at Las Vegas Municipal under windy conditions and again took second.

At Aliante, the wind played a big role in hampering the scores. Coach Bob Hopkins said he would like his golfers all around the mid-eighties and the wind just didn’t cooperate.

The Trojans were still able to secure second place, despite having only two golfers in the low eighties, Austen Ancell and Derek Moore. Kyle Steib had a bad day, shooting a 91. Normally Hopkins can expect Steib to be in the low eighties too.

Faith Lutheran was first and also had an off day. Normally their score is about a 392 and they shot a 411 that day. Third place was Cheyenne with a 534, Western shot a 593 for fourth, Clark took fifth with a 599 and Mojave finished last with a 711.

At Las Vegas Municipal, Faith shot 400 for first place. The Trojans shot 438 to capture second place. In third place was Cheyenne with 520 followed by Clark with a 546, Western with a 568 and Mojave shot a 640.

Steib had another rough day, shooting a 93. Moore and Ancell led the team with an 80 and 81. Hastings squeaked by Steib with an 89 and Kelby Lindberg shot a 95.

The best golfer was from Faith Lutheran, Charlie Magruder, who shot a 75.