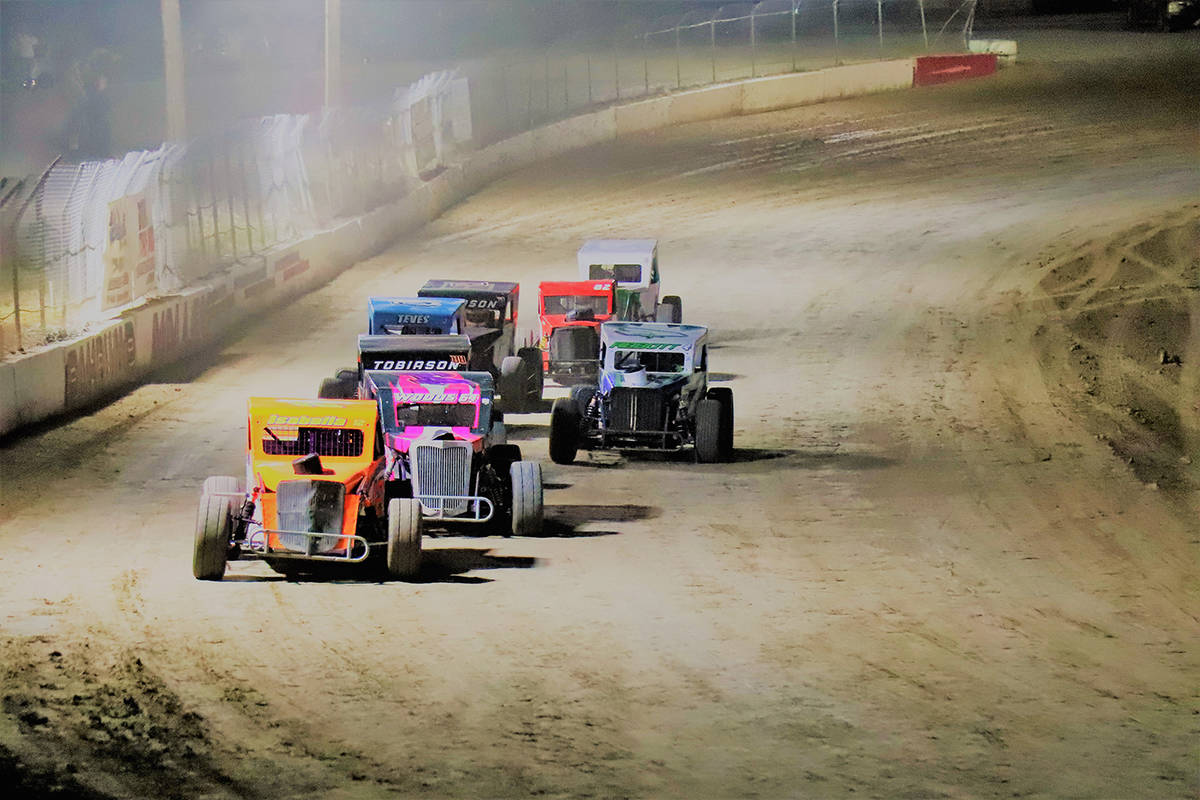 Digital Storm Photography/Special to the Pahrump Valley Times The pack circles the track during the Dwarf class race Saturday night at Pahrump Valley Speedway. Dustin Loughton beat out second-place Adam Teves and third-place Michael Tobiason, both visible on the left, to win the race. 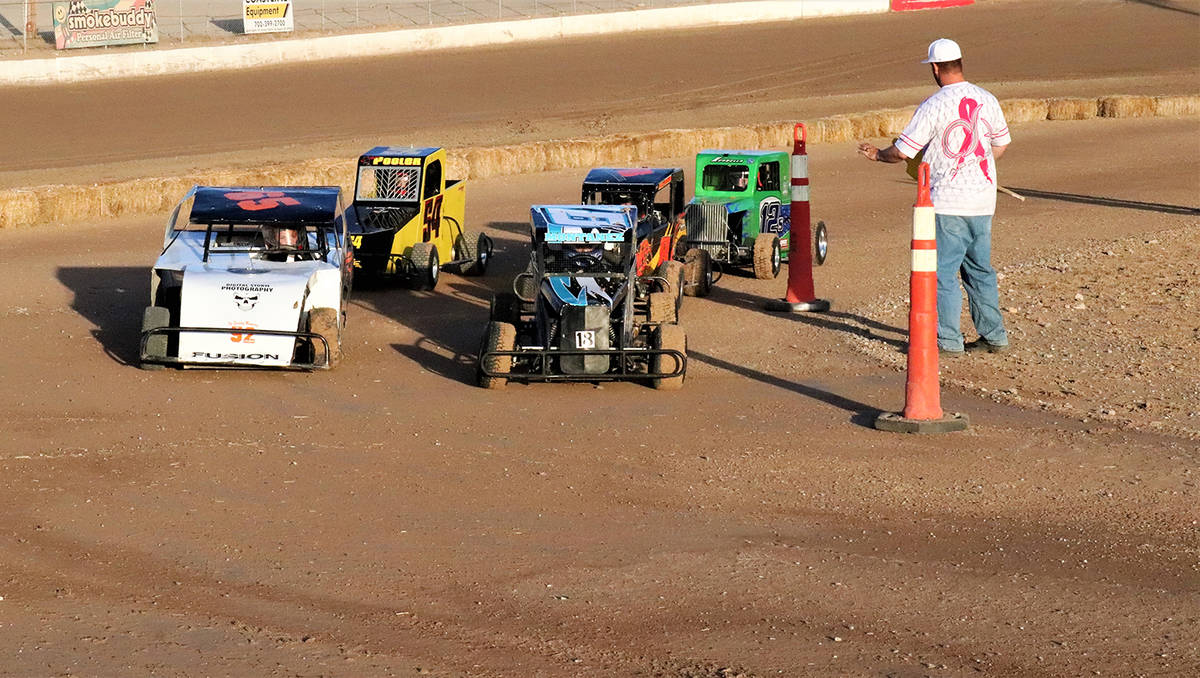 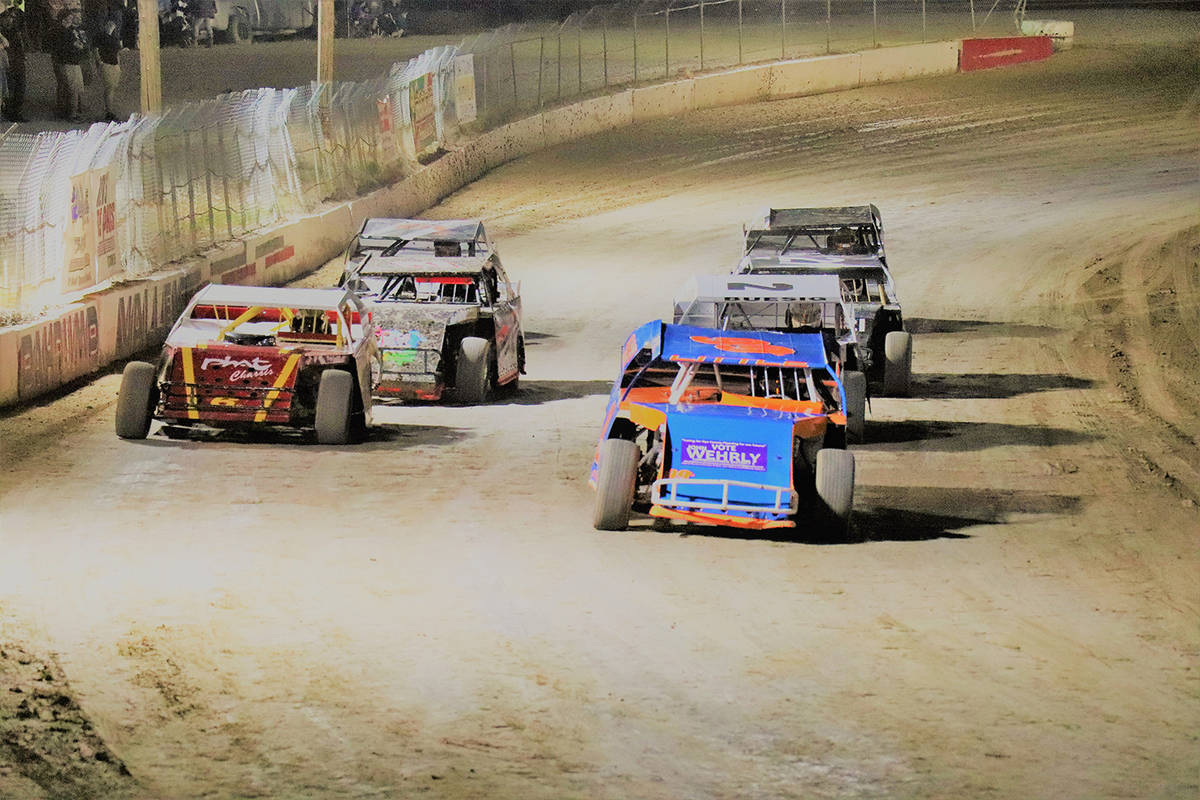 An overflow crowd and a full roster of drivers — taking COVID-19 restrictions into account — greeted the return of racing to Pahrump Valley Speedway on Saturday night.

It was the first race night since Feb. 29, which was the third week of the season at the venerable speedway. Clearly, racing was missed.

“We did have to turn people away because we were at our max,” said happy Pahrump Valley Speedway owner Chad Broadhead. “It went well; altogether we had 77 cars.”

The speedway was allowed 100 and planned for 75, but Broadhead said that two more cars had waited for three hours so he allowed them to race. Attendance was limited to 500 people, well short of half of capacity. But that didn’t mean everything was by the book.

“We had a few people still defying any order, because they don’t want to listen to anybody,” Broadhead said.

On the track, RJ and Dylin Smotherman ran one-two in the Mini Stock division, the only class in which the top four points leaders have raced on all four dates this season. Eric Shenberger captured the Sport Mod class in his first outing of the season.

The largest race of the night, the 18-car Modified, went to Bryan Wulfenstein, vaulting him into fourth in the points standings.

“It was a good night,” Broadhead said. “It was busy. I hardly got to see any racing because I was trying to do everything else.”