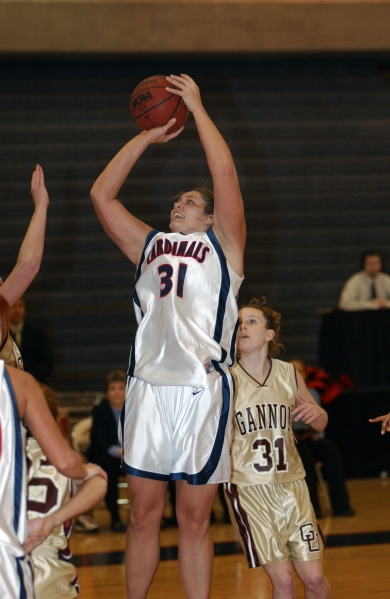 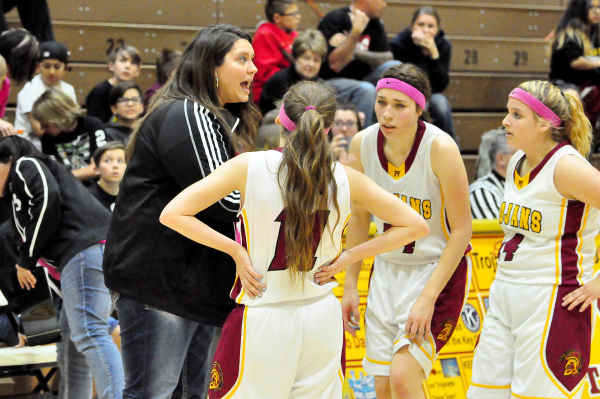 The PVT didn’t get the information from Hagstrom because over the years she has been humble when talking about her college years.

She has always said when asked about college that she just wants her kids to experience the things she did as a player.

But what does that mean? It means the coach was quite the player on the court.

Hagstrom is a 2000 graduate of Cadillac High School, which is in the town of Cadillac, Michigan and has a population of 12,000 people.

As a senior, Hagstrom’s team won the state title while finishing second in league, according to athletic administrative assistant Marsha Grace.

Grace immediately remembered who Hagstrom was.

“I remembered her because my son graduated in 1999,” she said. “And I usually remember most of the athletes, because I work in the athletic department. She always seemed large and in charge and she did great while she was here.”

She also was an honorable mention in league her senior year and Grace said she was one of the better rebounders on the team.

From Cadillac, Hagstrom played Division II basketball for four years for Saginaw Valley State University, where she was a star forward for the Cardinals, with her sophomore and junior years being her best years.

In her college years she had a reputation as being a scoring threat. Her opponents tried to stop her, as reported by a local university.

“We will try to beat her up and down the floor,” said Kris Dunbar the Lake Superior woman’s coach, whose team has outrun most opponents this season.”

Hagstrom also held the single season block record of 70 blocks in 2003-2004. She didn’t play the majority of her senior year due to a knee injury. And now you know the rest of the story.