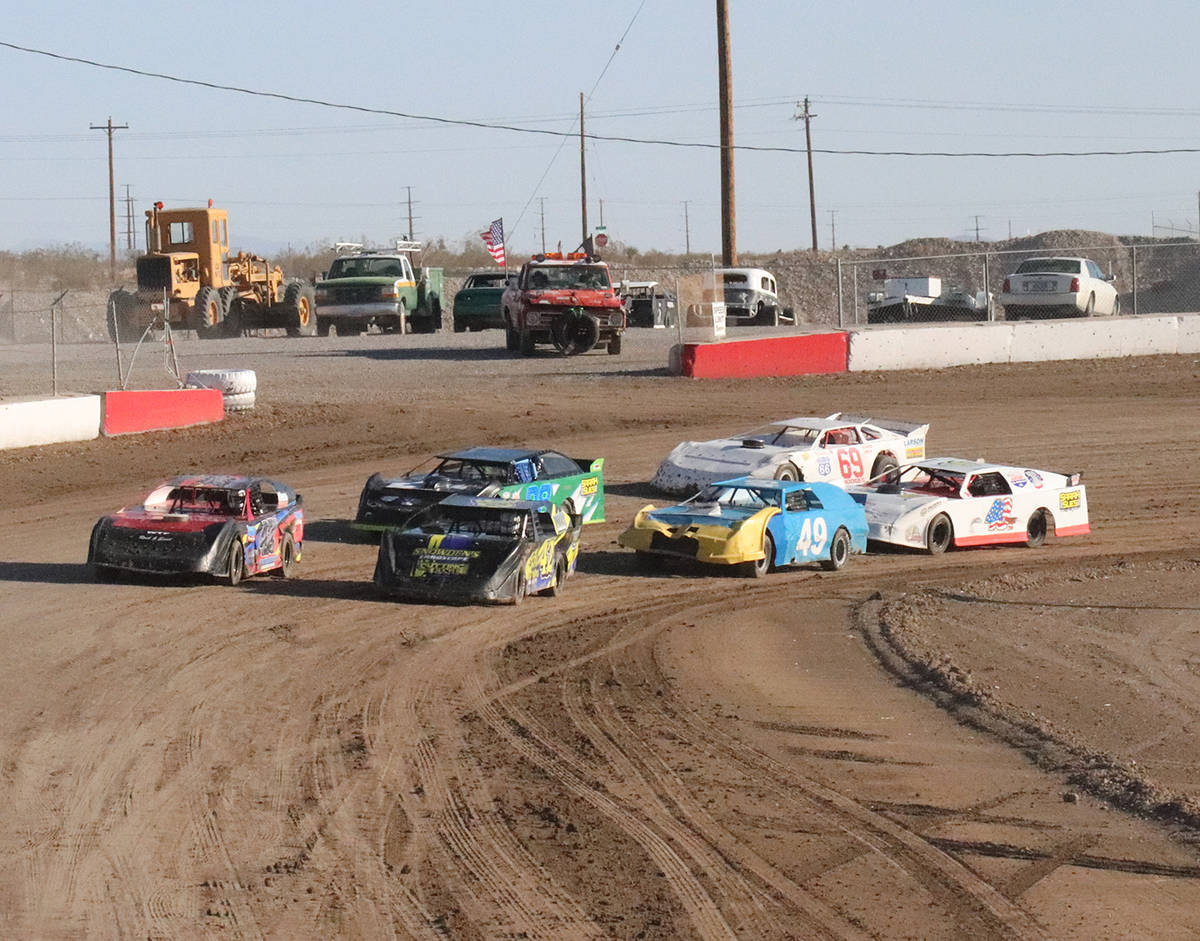 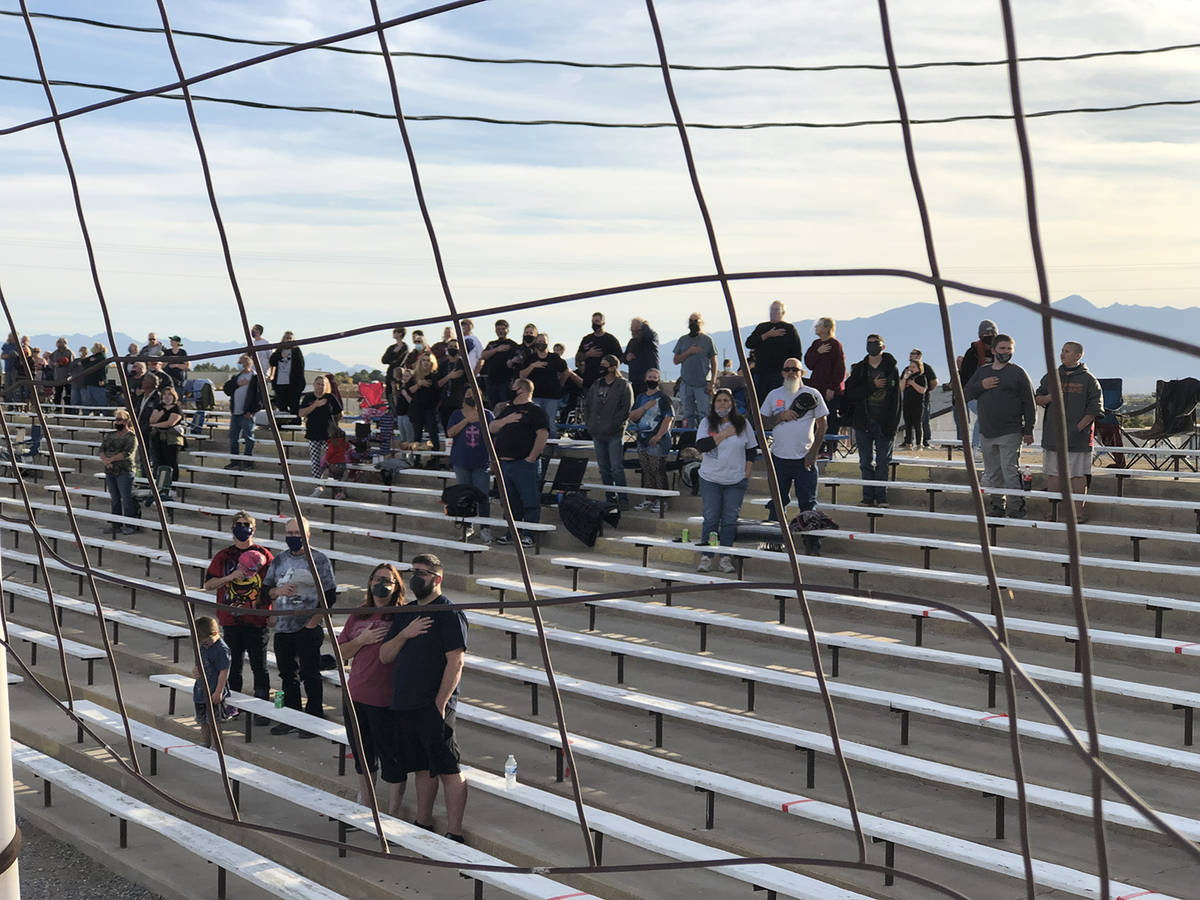 File photo Race fans before the start of the opening heat at a socially distanced Pahrump Valley Speedway.

The Micro Sprint class also tightened, although at the moment that is a two-driver chase. Jason Funk’s victory brought him 48 points and pulled him five points closer to series leader A.J. Klein, who finished third behind Tim Keillor. But Klein still leads Funk 214-210 for the season, with Keller (165) third, Neil Jones (157) fourth and Teylar Hardy (150) fifth.

Shaun Moore slowed down Jerry Walton in the Sport Mods, although Walton still holds a 28-point lead over Jeff Murphy after his second-place finish July 3. Moore moved into fourth place with his second consecutive victory, picking up 50 points to move past Aries King. Trent Bandazian, who managed just a 10th-place finish, is 15 points further ahead in the standings.

But Walton and Jeff Murphy remain well ahead of the pack in the class. Walton finished second to pick up 48 points while Murphy fell a bit further behind by finishing fourth and reeling in 44 points. But Murphy sits 75 points ahead of the third-place Bandazian.

Michael Wills extended his lead with a victory in Mini Stocks, taking home 44 points to runner-up Eric Mewhorter’s 41 to move out to a 456-410 edge. Behind them, Felicity Flory narrowed the gap on David Bodendorfer as she finished in third, one spot ahead, and the two-point difference on the night enabled Flory to close to within two points of third place.

Other classes featured much smaller fields, as two drivers raced in Super Stocks, three in Modifieds and four in Coupes.

In Super Stocks, Dillon Murphy’s lead over Tim Murphy grew from 18 to 21 points with his July 3 win. In Modifieds, Clifton King had a similar result, as his win gave him 3 more points than second-place Rick Durica and pushed his season lead over Durica to 192-181. And in Coupes, Scott Holloway’s lead over Daniel Bruner grew to 17 points after Holloway finished first and Bruner third. In between was Mark Daub, who sits 6 points behind Bruner in third place.

The Dwarfs also ran July 3, and it was Scott Kelley taking the checkered flag ahead of Stacey Woods, Cory Woods, Mike Weaver and Carl Brown.

Racing will be back at Pahrump Valley Speedway on Saturday, July 17, with Mini Stocks, Super Stocks, Coupes, Hobby Stocks, Modifieds, Sport Mods and Mini Dwarfs on the schedule. Grandstand admission is $10, $8 for those over 55, $6 for those 6 to 14 and free for those under 5. A family six-pack is available for $30 for two adults and four kids under 14.