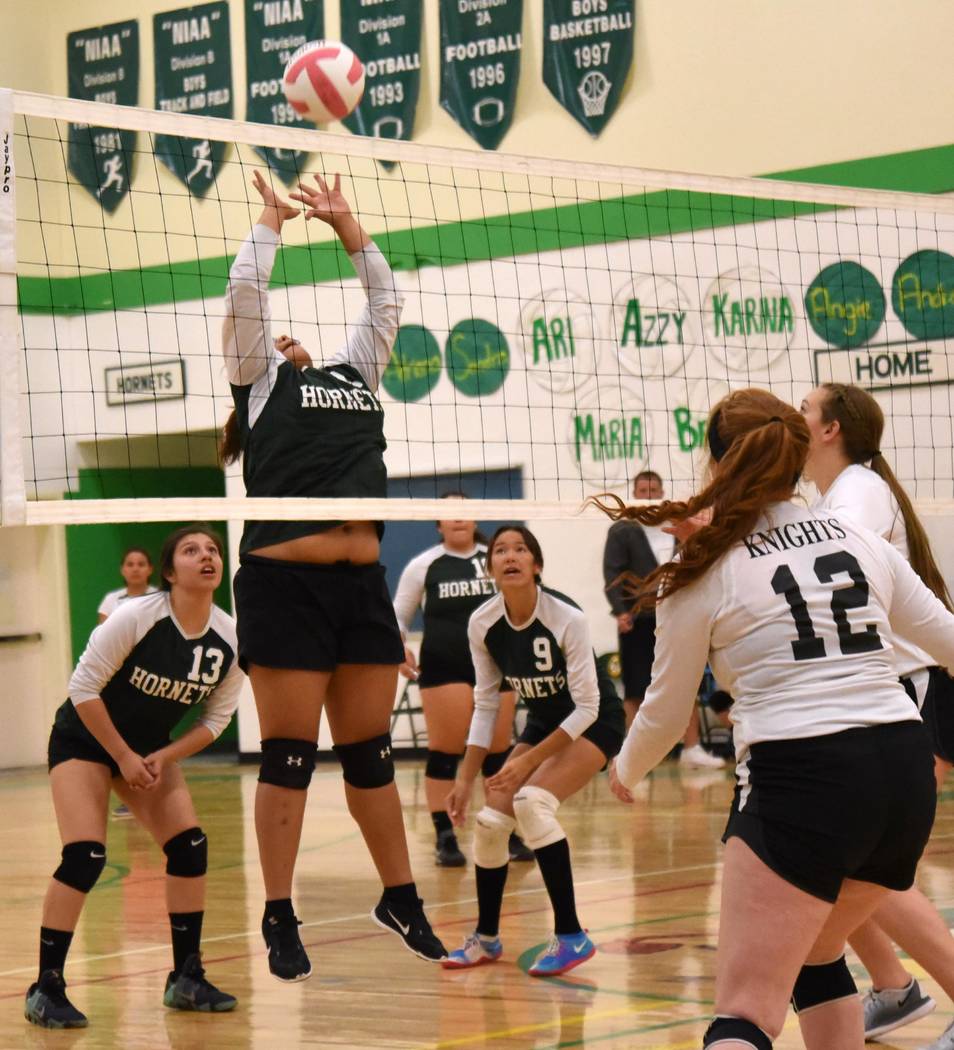 Richard Stephens/Pahrump Valley Times Sandra Garcia tips the ball over the net against Round Mountain during homecoming week. The Hornets hosted their last game of the regular season against Pahranagat Valley on Thursday. Playoffs start on Wednesday and the team will host Indian Springs. 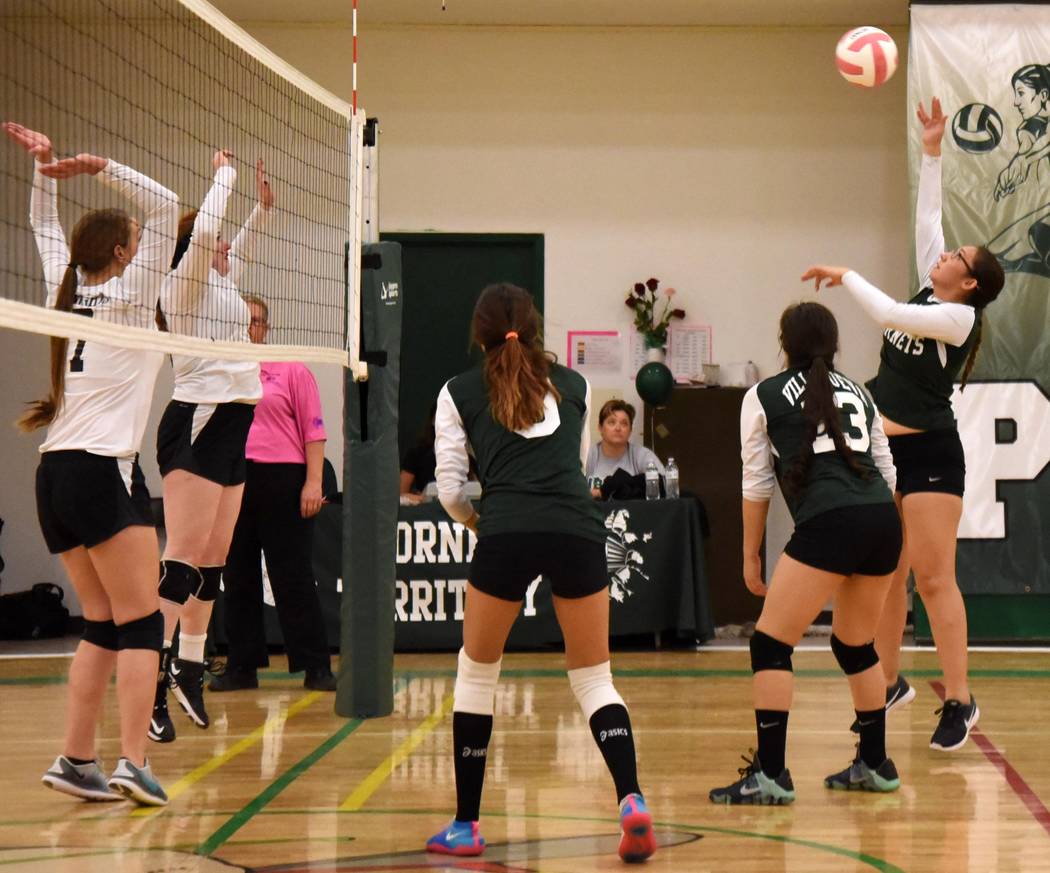 Richard Stephens/Pahrump Valley Times Aysleen Guerra spikes the ball against the Knights. The Hornets will be the third-place seed, playing the sixth-seed team on Nov. 1 at home. 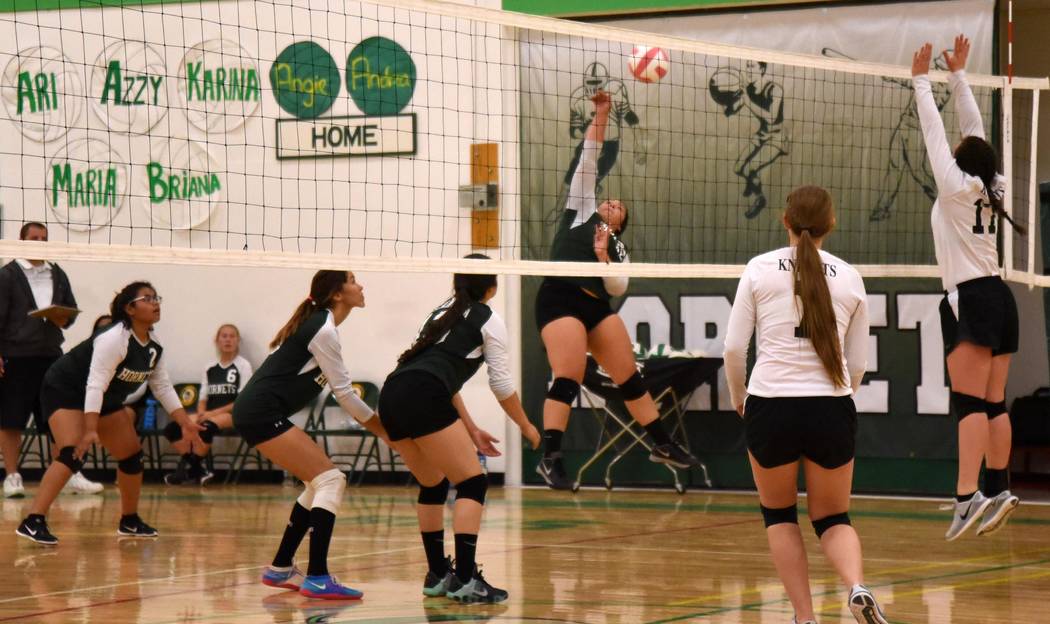 Richard Stephens/Pahrump Valley Times Ari Oseguera gets some air against Round Mountain. The team beat Liberty Baptist last week to secure a third-place seed for the playoffs.

Despite being in a rebuilding year, Hornets coach Steve Sullivan finds his team once again going to the regional playoffs. The team finishes up the season with first-place undefeated Pahranagat Valley.

Sullivan said against Round Mountain the girls gave a great all-around team effort.

“We had minimal service errors, which allowed us to play it out and take control of the sets,” the coach said. “Round Mountain had some big swingers but they seemed off and struggled with keeping their hits in the court. This allowed our defense to be focused more on the short hits and tips over the net. So the match allowed us to work to improve our defensive positioning and transitioning that into offense.”

With the regular season ending on Thursday against Alamo, Sullivan wants his team to work on the small things.

“Moving forward, we need to keep improving in that area along with minimizing service errors as well as our net play,” the coach said.