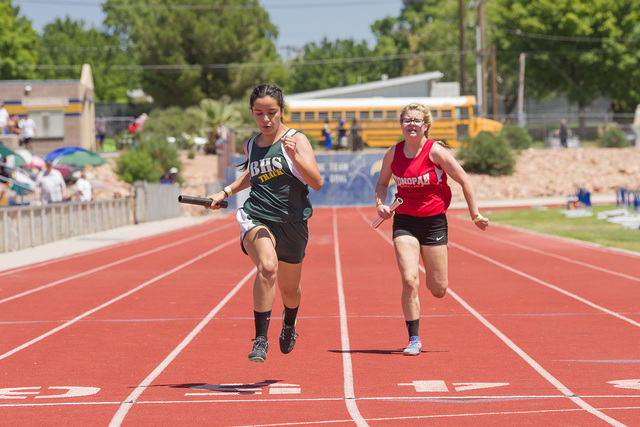 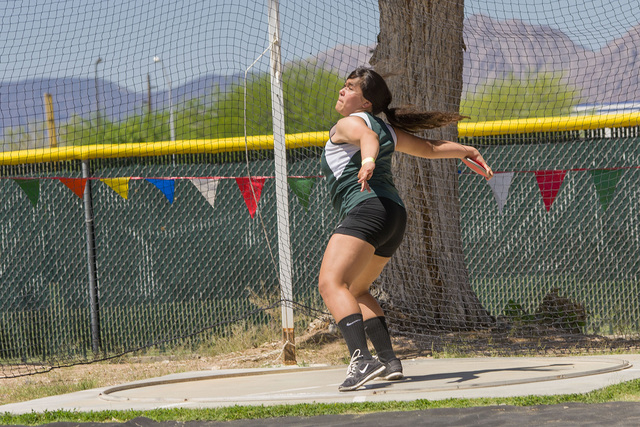 Beatty track finished the season running at the state meet at Carson City against some fierce competition from the North. At the meet the Lady Hornets, the Southern regional champs met their match, finishing fifth (23 points) out of 14 teams and the Beatty boys team finished in 10th place (9) out of 15 teams. Sierra Lutheran finished in first for the girls (103), Smith Valley was second (45), Eureka was third (38) and Wells was fourth (25). Spring Mountain finished in first place for the boys (72), Sierra Lutheran was second (63), Virginia City third (37) and Excel Christian fourth (33).

According to Ellice Dunsterville, the competition was strong.

“We really struggled with the very cold, windy weather and a few injuries and illnesses also,” the coach said. “Regardless, I always enjoy watching our athletes achieve and do their very best, with results of personal records being broken. It is a pleasure to coach and encourage these athletes to be and do the best they can.”

The coach said her team fought hard for every point they earned this year. At the beginning of the season, the team had 40 athletes and by the end the team was down to 28.

“The 2016 track season was a struggling year, with athletes dropping the sport or having problems with grades,” Dunsterville said. “These 28 athletes worked very hard, and saw many successes throughout the season and their hard work paid off with the girls taking the regional crown for the 8th consecutive year, and the boys again taking second place behind Spring Mountain.”

For the boys at state, Michael Olson had the best finish in the triple jump, finishing fourth (40 feet 0.25 inches). Then the best boys relay team was the boys 4×100, composed of Nahum Favela, Michael Olson, Jacob Oseguera and Jhonpaul Adajar, finishing in third place (47.09 seconds).

The best finisher for the girls was the 4×400 relay team, who took fourth place (5:21.20) and was composed of Sandra Garcia, Claudia Granados, Jasmine Pelayo and Andrea Leon.

The coach feels next year will be a strong year.

“We had a good number of freshmen join this year and will only be losing four seniors this year,” Dunsterville said. “Nate Russell, Maggie Cathcart, Bryan Ortiz, Francisco Cardenas and our manager, Erin Young. Overall, the season was fast-paced and went quickly and I was pleased with each and every athlete that ‘brought it’ to the very end.

“It looks like we will have some good runners next season with the incoming freshman class too.”

Dunsterville was honored by her fellow coaches as well as she received the Coach of the Year award from the Division IV Southern Nevada conference.

“I was surprised and thrilled to find out yesterday that I achieved the Coach of the Year for both the girls and boys teams. (second year for girls). I credit Mr. Adcox for showing me and teaching me how to be a coach, and for my two assistant coaches, Lorraine Gjefle and Richard Dunsterville. We all enjoy and find it a privilege keeping the track tradition going strong at Beatty High School.”