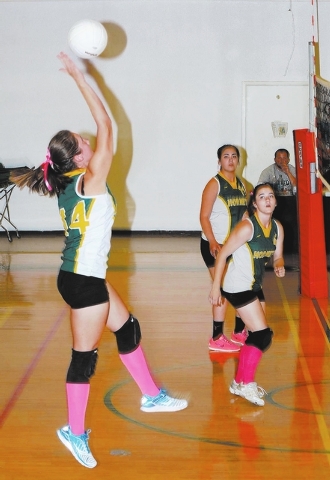 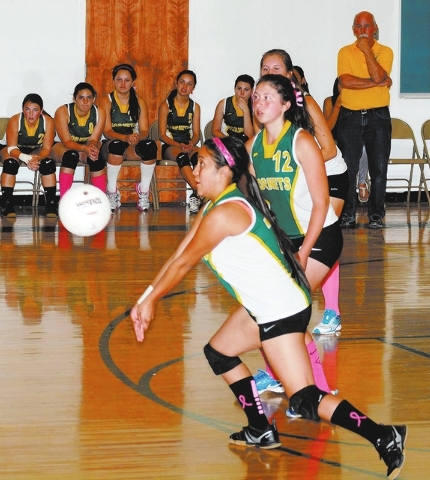 The Beatty Hornets will be playing in the playoffs again this year. The team solidified its fourth place standing last week with a win over the Sandy Valley Sidewinders, 3-2. With the victory, the Hornets improve to 4-3.

The team played against Adelson School on Wednesday and beat them 3-1 in the last game of the regular season.

Hornets Coach Dale Lerbakken said his team has never played Adelson this year in volleyball and said he was excited to play them.

“We have to be more aggressive in all our games. We sometimes don’t work at our top level to the easier teams. We have to overcome that mental state. We are also working on more blocking,” he said.

Lerbakken said in the past that his team does well because of their serving.

“Maggie Cathcart got us going in the first game by scoring 15 points on her serves against Sandy Valley. Christina Thompson served well in the other games,” he said.

To survive and advance to the semifinals, the Hornets will need their best defense and good serving.

On Nov. 5, the Division-4 Southern Volleyball tournament will start at respective host sites. Beatty will play the number five school which is Lund.

“We are excited to go to playoffs. We are working to do well there to go on. I have really enjoyed this season because of the great group of girls that I have,” Lerbakken said.

Beatty will play Lund at home since they have the better record. If Beatty advances from there, they will go on to play the number one seed school, which will be either Tonopah or Pahranagat Valley on Nov.9.