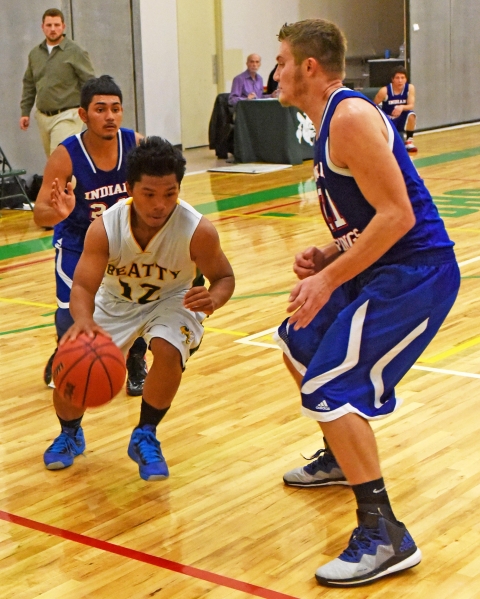 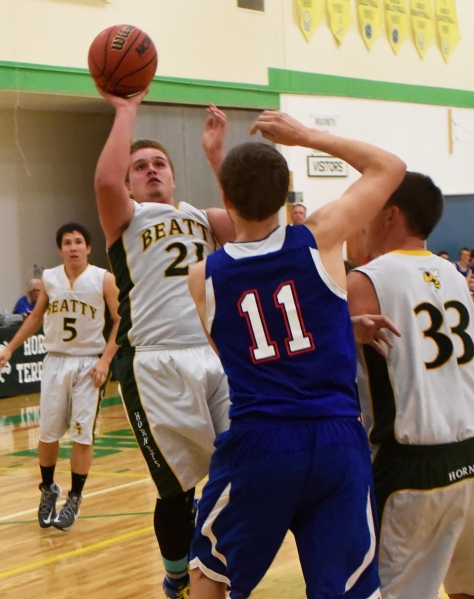 Beatty boys basketball went into the holidays cold, going 1-2 at the Round Mountain Tournament on Dec. 18-19, but the Hornets (6-3 overall, 1-0 Division IV Southern) came back on Tuesday with their first conference win against Indian Springs (2-9 ,0-1) 45-29 at home.

“I enjoyed the tournament because we were able to play teams from the northern league like Carlin and Eureka,” he said. “Though we ended on a bad note I think we developed a lot as a team. During the Eureka game, we got down by about 25 and during a timeout we talked about how the best thing for us was to chip away at their lead the best we can and to finish the game strong. We ended up cutting their lead from 25 to 14 to end the game.”

The coach feels the team has the right attitude and is heading in the right direction.

“Against Eureka, our boys kept fighting and they really built on their never-say-die attitude which is what you need in order to be a competitive and successful basketball team,” Sullivan said.

Sullivan believes his team could have done better against Round Mountain.

He said things got out of hand quickly with the Knights.

“Against Round Mountain, everything seemed to be going wrong for us while everything was going right for them,” he said. “We shot only 34 percent from the floor, we were failing to attack the boards offensively to give us those second chance shots, and we did not shoot a single free throw.”

The Hornets travel to Tonopah on Friday with action starting at 7:30 p.m.