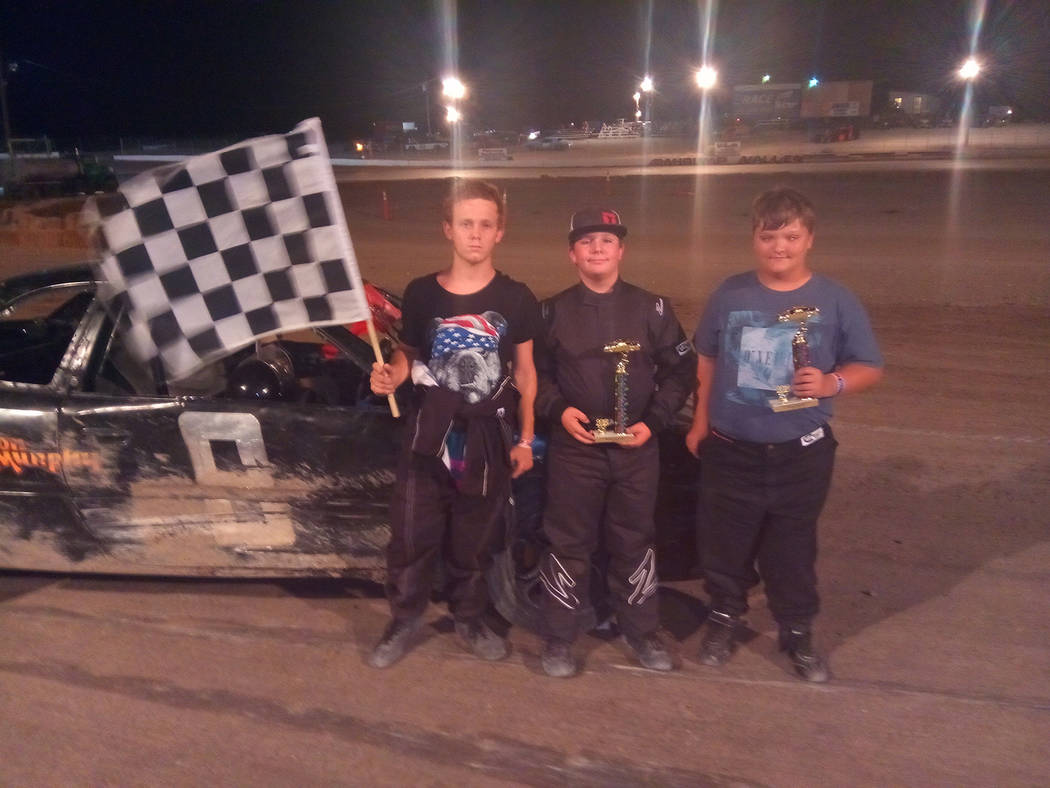 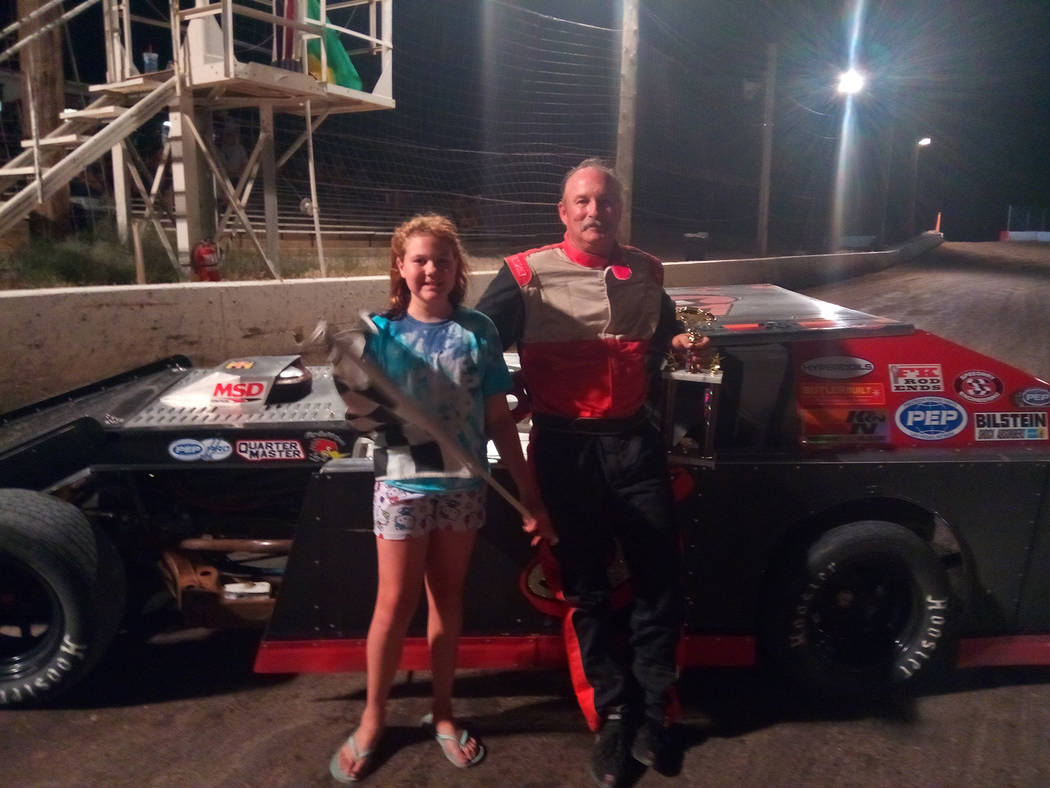 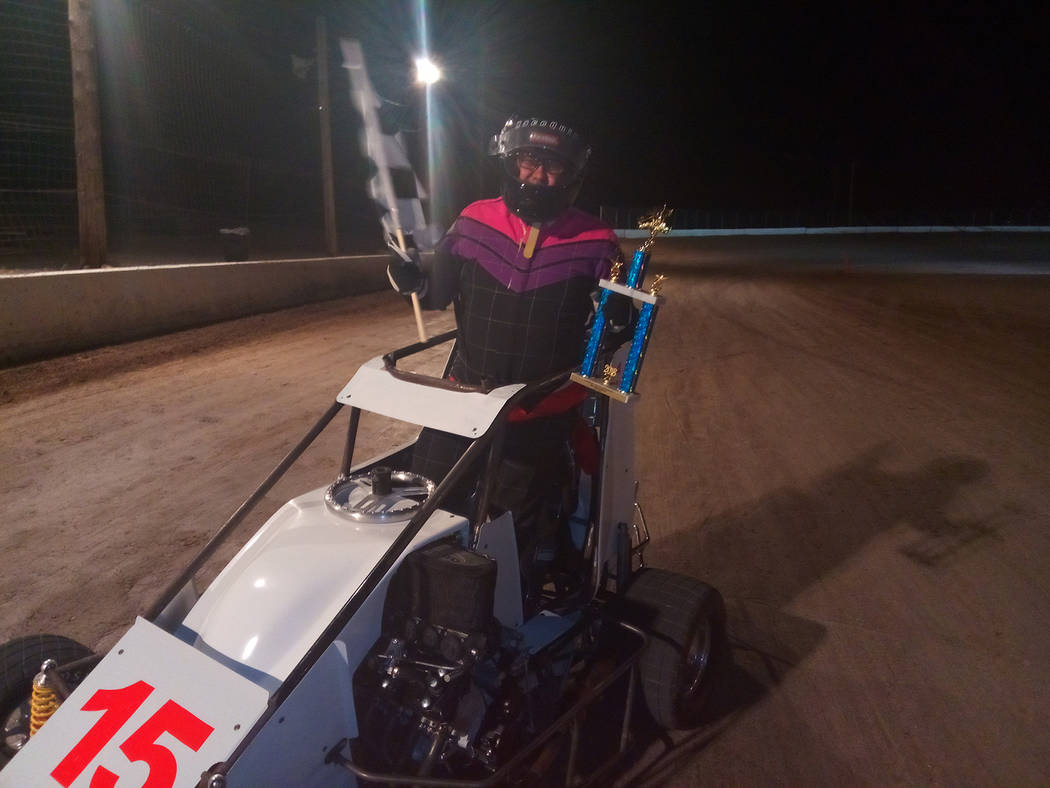 Youngster Brandon Jones was finally able to pick up his first Mini Stocks feature event win Saturday night in what had to be the best finish of the season between the top three drivers at Pahrump Valley Speedway.

Jones, RJ Smotherman and Aiden Murphy were three wide for the entire final lap. As all three drivers made contact out of Turn 4, Jones was able to hang on for his first win. Mark Daub, Ryan Howard and TJ Myers also competed in the feature.

Gary Wyatt had a little more competition this race as the speedway had the largest Bomber count of the season, however, Wyatt was still as dominant as ever, outracing Michael Riefler and Ken Harrington to the checkered flag. Steve Dinerstein, Eli Bliss, Arlie Daniel and Joleen Harrington completed the field.

Donald Riley hung up the Modified towel for the evening and tried his hand at some Late Model fun. In Riley’s first time racing a Late Model, he brought home the hardware, outracing Nick Ortiz to the checkered flag. Noticeably missing from the main event was Mark Hodges, who, under caution in the first heat race of the evening, made hard contact with the Turn 3 wall.

Natasha Pooler picked up another victory, outracing Michael DeCroff to the line in what was a tight two-car battle in Coupes.

Clint Silva picked up the feature win for the Micro Sprint division over Jason Funk, Eddie Chacon and Chance Garnica.

Scott Brady was a man on a mission in the Sport Mod division, as he was able to hold of a hard-charging Clifton King and Anthony Broadhead to pick up another feature event win. Brady Gladd, Alex Murphy and Nick Heilman rounded out the field.

In his first race back on dirt in two years, Mark Allison picked up the victory in the Modifieds. Jake Pike and Vinny Raucci put on a fantastic show in the battle for second place. Jon Mitchell and Rick Durica finished fourth and fifth, respectively.