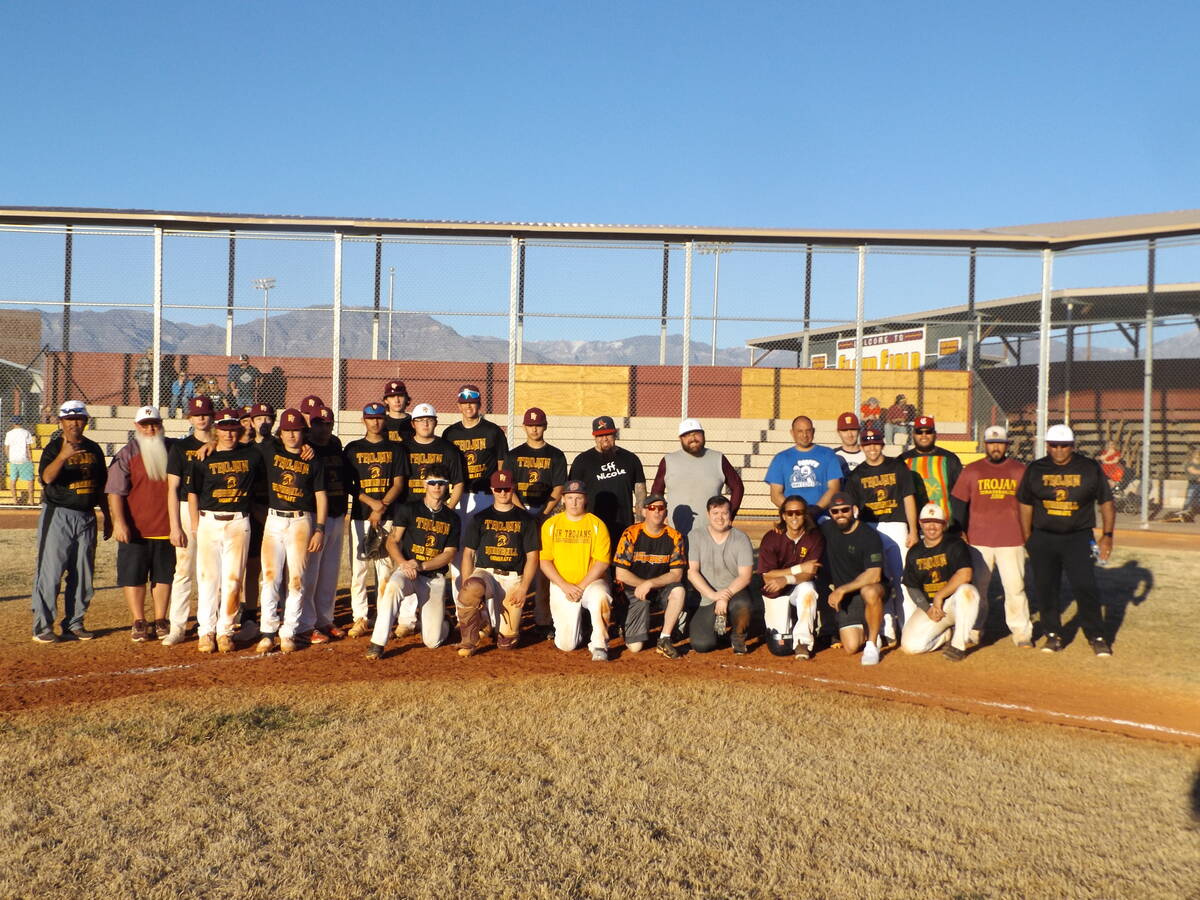 Horace Langford Jr. /Pahrump Valley Times PVHS alumni from classes of 1990 to 2021 pose with current Trojans during their annual Maroon & Gold exhibition game to raise support for the baseball program. 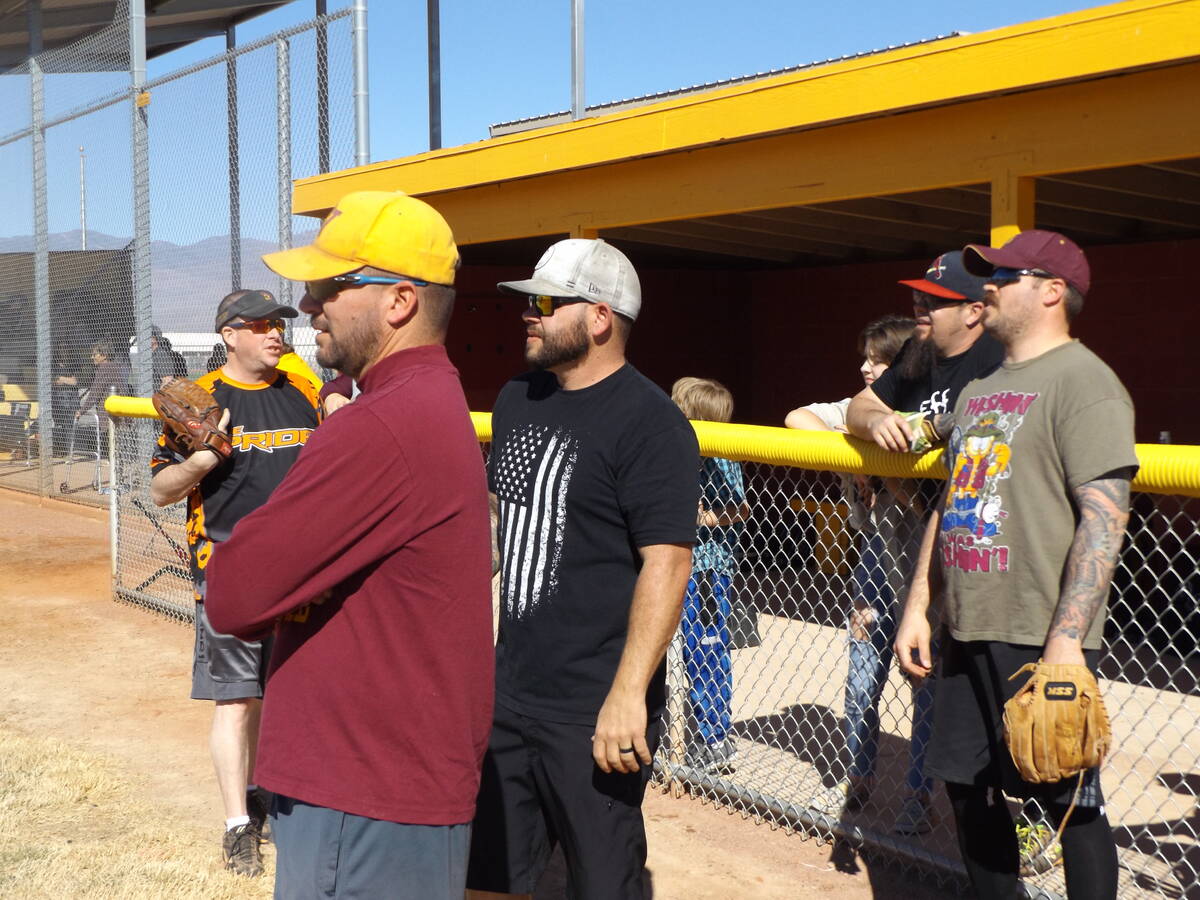 Horace Langford Jr. /Pahrump Valley Times From left to right, Class of 1990 Keith Baltutat, Class of 2001 John Stevens, and Class of 2002 Derrick Holzer, Justin Jones and Brent Kaucky keep an eye on the ball during the Home Run Derby. 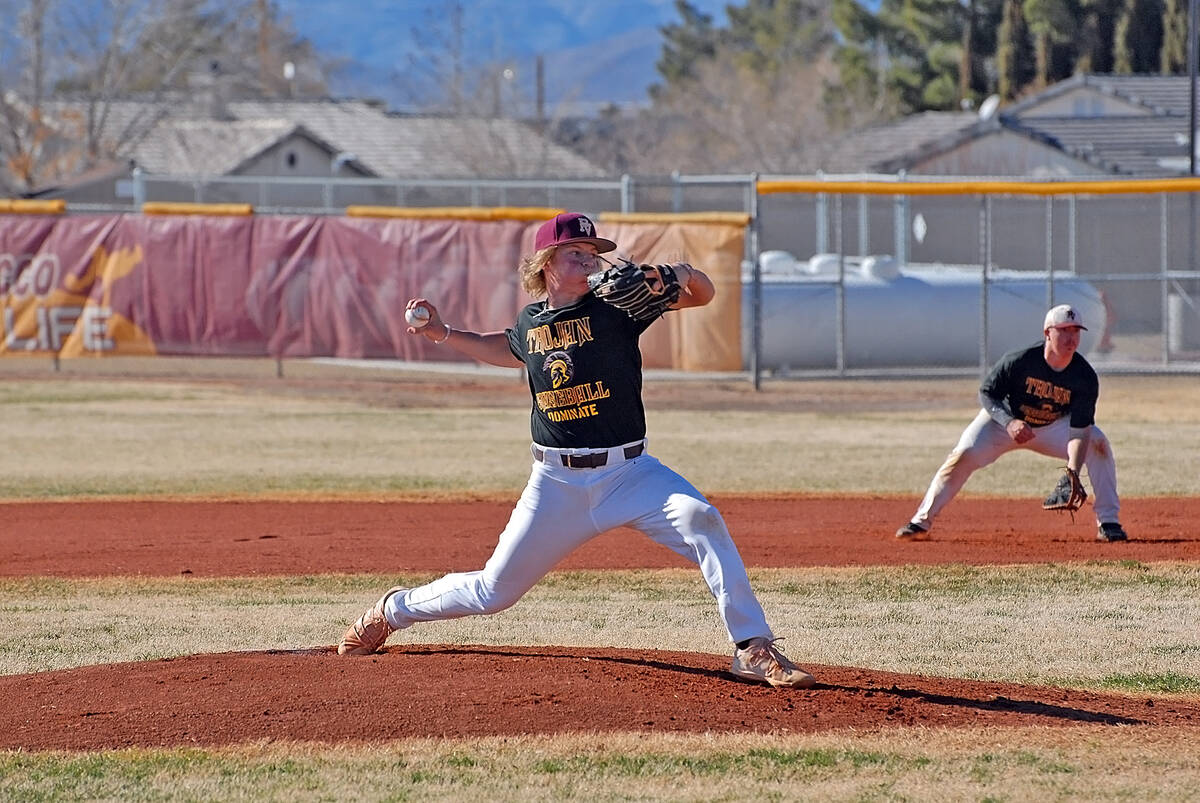 Horace Langford Jr./Pahrump Valley Times The Maroon & Gold exhibition game started 10 years ago when Rich Lauver was head coach of the program and has been an annual event to garner support for the baseball program.

For the past 10 years, PVHS baseball alumni have matched up with members of the current team in a friendly exhibition ahead of the spring season.

“The exhibition game wasn’t about the score, it was about the camaraderie, the memories made and the support toward Trojan baseball,” said Charlotte Uyeno, an organizer of the event.

The Class of 2002 made a great showing with four alumni attending the exhibition.

“Justin Jones has not made an event in the past and decided to come out of retirement to enjoy the festivities with Brent Kaucky nudging him to attend,” Uyeno said. “With Justin making it out and then with the surprise arrival of John Stevens, Class of 2001, all made for some great memories for members of that era.”

Fifteen competed in the home-run derby on Saturday, where batters compete to hit the most home runs.

“Every year we see new faces for the alumni and the younger group of kids see what type of talent has come out of Pahrump and the Trojan program,” Uyeno said.

The Maroon & Gold exhibition game started 10 years ago when Rich Lauver was head coach of the program and included a spaghetti dinner and ugly cake contest.

This year’s event had a Hawaiian theme.

He thanked everyone who came out on Saturday, including all the coaches who supported everyone during the event.