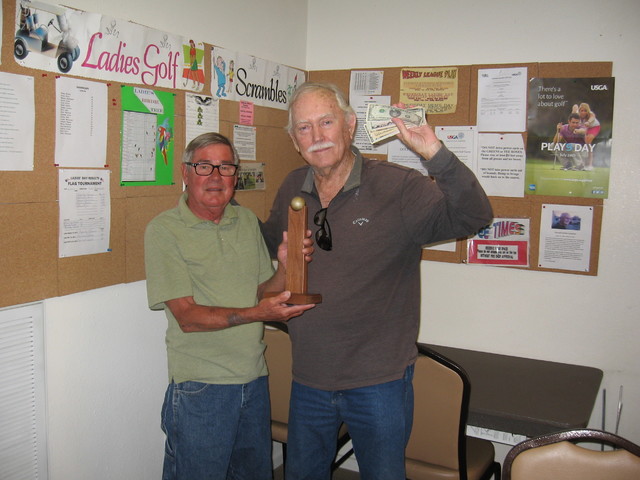 Barnes, at 81-years-old, won the championship by three strokes ahead of runner-up Art Murphy out of 20 golfers in the tourney.

“It was a surprise to me that I won,” he said. “I am 81 but I still get out to play three times a week. At one time I was a pretty good golfer with a single-digit handicap.”

Barnes would have said more but the PVT caught him in the middle of what else, playing golf at Lakeview.

The Lakeview Men’s Club is open to all males, according to the golf course. It’s all about golfing and all a person has to do is go down and sign up at the clubhouse.

According to Men’s Club Handicap Chairman, Gene Bulac, the match between both players was hotly contested until the final nine holes when Roy made five consecutive pars to win his first championship at Lakeview. For his win, Roy collected the top money prize and the coveted Men’s Club Championship Trophy that he will retain for a year.