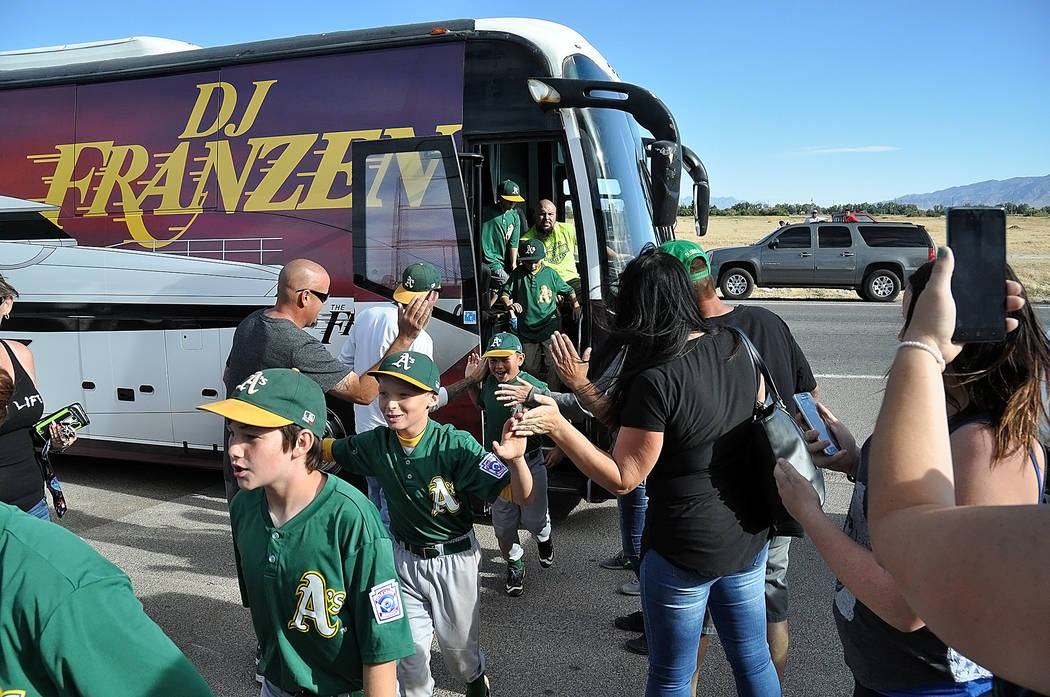 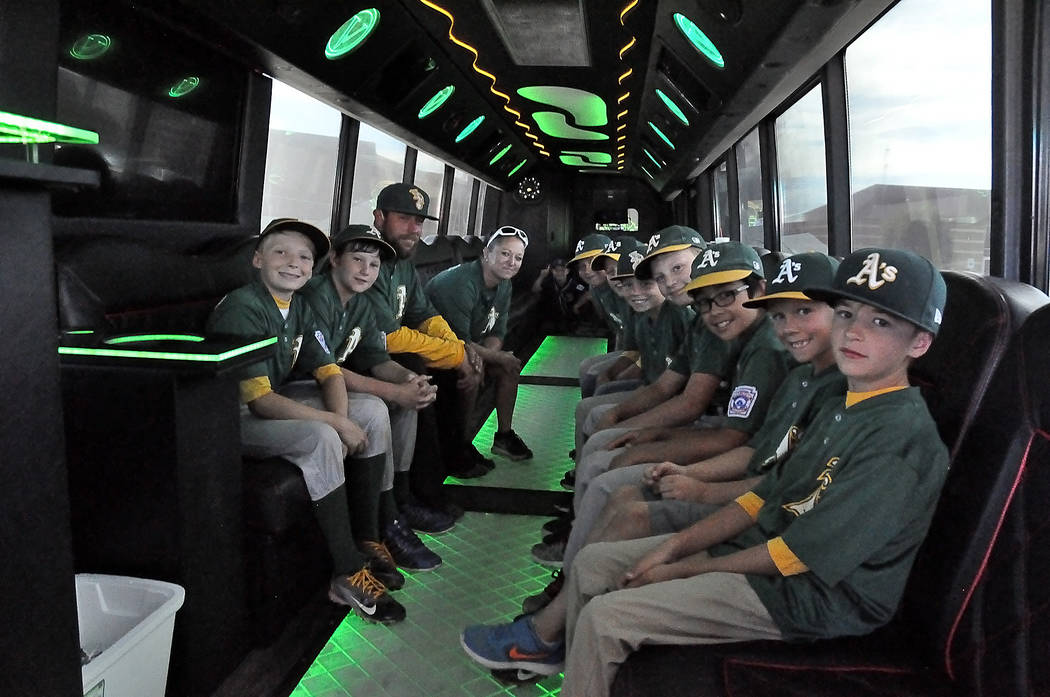 Horace Langford Jr./Pahrump Valley Times The P-Town Little League Minor Division champions sitting in their party bus. The bus was a surprise from one of the mothers, Stephanie Foster, who got all the parents to donate money to the cause. 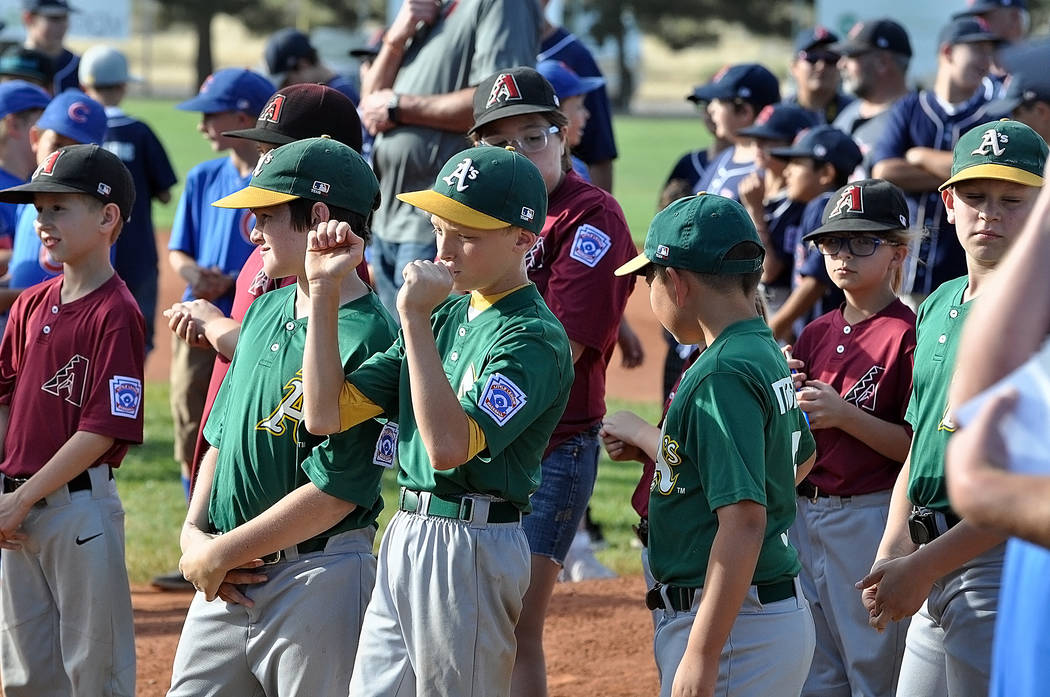 Horace Langford Jr./Pahrump Valley Times The P-Town Little League Minors Division champs, the A’s, wait for the festivities to begin. They received a ring for all their hard work.

Some teams go to Disneyland when they win a championship, but in Pahrump the “mouse’s house” is a bit far away and a bit out of the price range, so parents got together and did the next best thing.

For winning the minor league championship for the P-Town Little League (kids ages 7-11), the parents of the A’s and their head coach, Sam Mendoza, decided to take their team to the closing ceremonies in style and rented a party bus.

Parent Shawn Driggers said it started off as limo ride but then grew and with that idea so did the cost. Enter Will Bond, a man with a kind heart and owner of a local business in town, called LWD Foods.

“Shawn called me up and asked me for some help and I was more than happy to help,” Bond said. Bond helps out with many charities in town and said he didn’t even hesitate to help the team celebrate and he contributed half the money to rent the bus.

“It was awesome Will donated the money,” Driggers said. “Not sure it would have happened if it wasn’t for Will. We couldn’t have done it without him. He is a great guy. Without even batting an eye he said yes. ”

The rest of the parents on the team chipped in and it was a great surprise for the team.

“I think it’s awesome,” Kenzo Yoffee, an outfielder for the team said.

“The parents got together and decided to do something really special for the kids,” Gary Carver, a parent for the team said. “They wanted to make sure the kids went out with style. This was initially Stephanie Foster’s idea and it blossomed from there. This shows the kids they can work hard so they can play hard later.”

Foster thought it was a great idea.

“The boys worked their butts off all season and I think they deserved it,” Foster said. “My son plays pitcher, first base and center field. We tried for a limo but they didn’t have one and so we decided on a party bus to include all the parents to help celebrate their victory.”

Driggers had the team all meet at the high school at 4:30 p.m. on Thursday. The party bus, equipped with soda, other kids’ drinks and snacks for the team, made the short trip to Ian Deutch Memorial Park, where the kids made their entrance for the 5:30 p.m. ceremony.

After the ceremony the kids drove around town, whooping it up, but unlike some baseball heroes in days of yore that won championships, this team had to be in bed by 8:30 p.m.