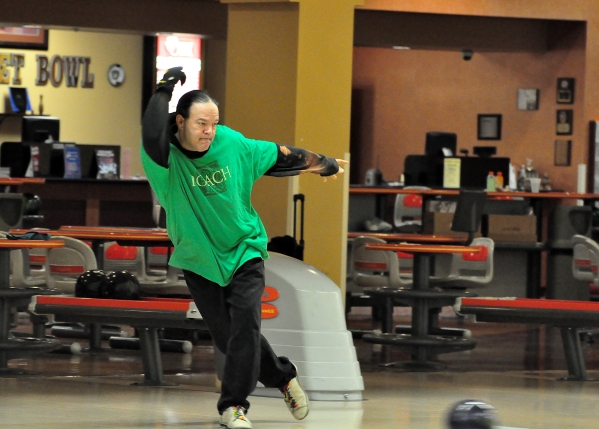 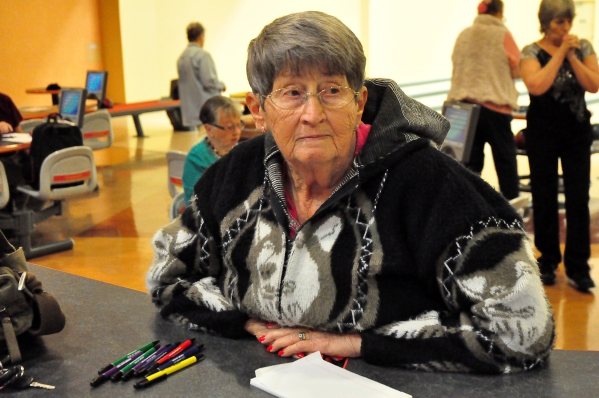 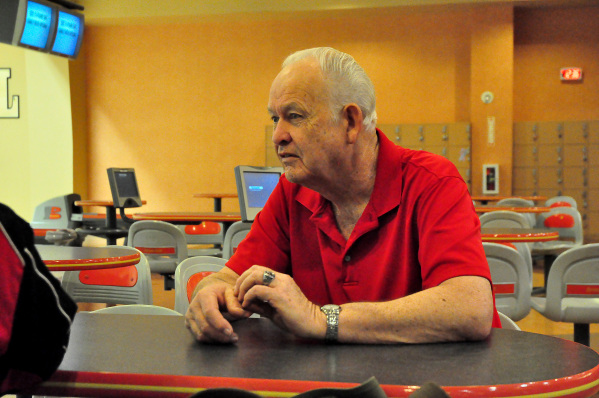 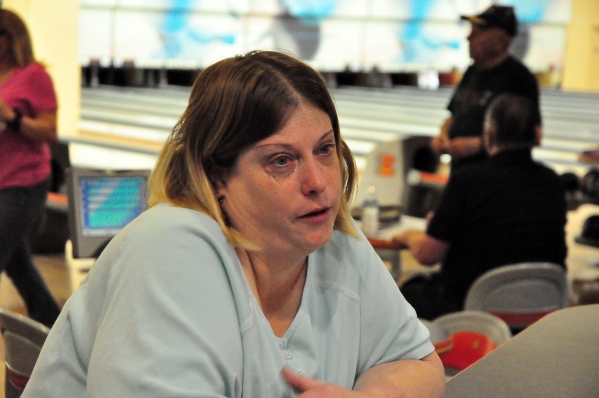 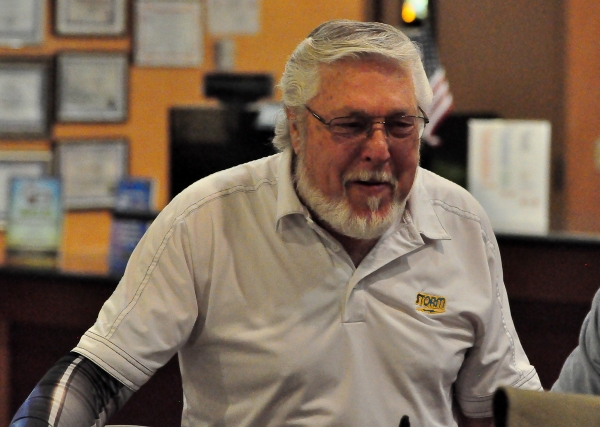 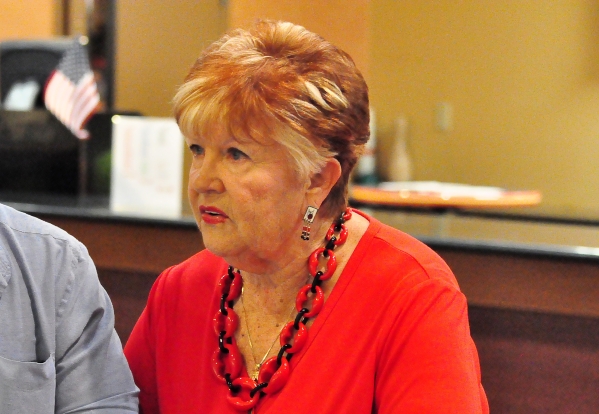 One of the best bowlers in town, Enoch (“Nocky”) Roach, passed away on Sunday at age 46. According to friends, he had apparently gone to work after bowling on Saturday and was found at Albertsons, where he worked.

Bill Santoro has been bowling in Pahrump for over 20 years and he once ran the bowling alley at the old Mountain View Casino and said he never saw a better bowler in town.

“He was the best right-handed bowler that I have ever seen,” Santoro said. “He was very consistent.”

Of course Nocky was modest and said he was one of the top three.

According to his family, Nocky averaged 235 for a number of years and had bowled forty-two 300 games and thirty 800 sets.

Bowling was his life and he bowled in five leagues at the Pahrump Nugget Bowling Center.

“I love bowling so much,” he said to the PVT in July.

He was called Nocky because his sister never could pronounce his name.

While in the Army Nocky said he was part of the Army bowling team. He made the all-Army team in 1987 when he was stationed in Hawaii.

After the Army he turned professional for a few years but he said lack of sponsors made him drop professional bowling.

The secret to his success?

“I just have the drive and the love for the sport,” Nocky said. “I compete with myself and I have my own style. I worked on that in the Army. I was always tweaking something.”

On Tuesday he was the topic at the bowling alley and the overwhelming feeling was he just went too young.

He was popular at the Pahrump Nugget Bowling Center where he spent many hours and it was not hard to find people who knew and loved him to comment on his life.

Santoro said he was averaging 228-230 in every league and this indicates the consistency of the bowler.

“He put so much revolutions into the pocket,” Santoro said. “He bowled consistently day and night and sometimes the lane conditions deteriorate or change. He was such a good bowler he could adapt to those changes. It’s not very often that we run into a bowler like him.”

Santoro said people on other teams would say, “Oh no, we are bowling against Nocky.”

One of the best female bowlers in town, Mary Martinez, said she is missing him already.

“Nocky was an AWESOME person on and off the lanes. I will or should I say I AM missing him and will remember him forever.”

“I love his mom dearly,” she said. “He was a great bowler and the alley will miss him dearly. I know it’s hard to lose a son. He was one of the hottest bowlers here and it is a shock that he passed so young. I really think he was known to all Pahrump bowlers.”

Bowler Jim Reynolds agrees with Santoro that Nocky was the best bowler in town.

“We will all miss him,” Reynolds said. “I have been bowling with him for ten years. He beat me more than I beat him. I remember being on the same team as him about three years ago. He was a nice guy.”

Bowler Nicole Barrager said he was a sweet guy and friend who always put his family first and then his passion for bowling.

“We had a good friendship and he was a good guy to talk to,” Barrager said. “I looked up to him a lot. He knew bowling. Just watching him a lot, I learned from him. He just bowled last Saturday night and I bowled well. I am usually 300 pins from him and that night I was only 150 and he was only two lanes from me. That was a personal best for me and I wanted to tell him Saturday but he was working and now he’s gone.”

Bowler Jerry Adams said he was honest and a man of extreme integrity.

“I learned that during Christmastime a lady left an envelope with $1,000 in it at the alley,” Adams said. “Nocky found it and made an effort to find the lady, which he did and brought it all to her.”

Bowler James O’Herron said Nocky was quiet and reserved if he didn’t know you and a very serious bowler.

“He never played around at the alley,” said O’Herron. “He got that from his mother and dad who were avid bowlers. If he liked you, he would talk to you, but if he didn’t he would ignore you. We all are in shock. Nocky was shy and he wasn’t, but boy he would tell you what was on his mind and he was protective of his mother and father. He had a good heart and he was a good person. He didn’t wear his emotions on his sleeve. I have known him for four years through bowling. He was good at reading the lanes and he had a style all his own.”

Bowler Dee Runau said, “I knew him from bowling and he was a super nice guy and one of the best bowlers. My condolences to the family. I am bowling in four leagues so I saw him a lot.”