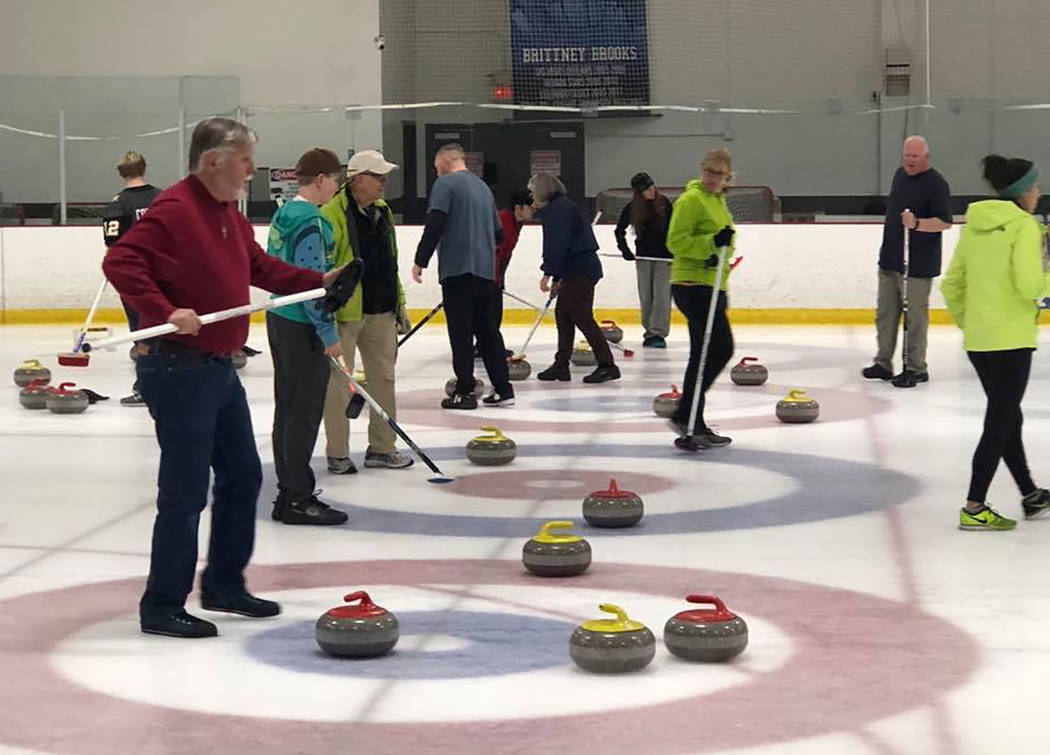 Karen Duryea/Special to the Pahrump Valley Times Members of the Las Vegas Curling Club on the ice at the Las Vegas Ice Center, site of the annual Sin Sity Spiel this weekend. 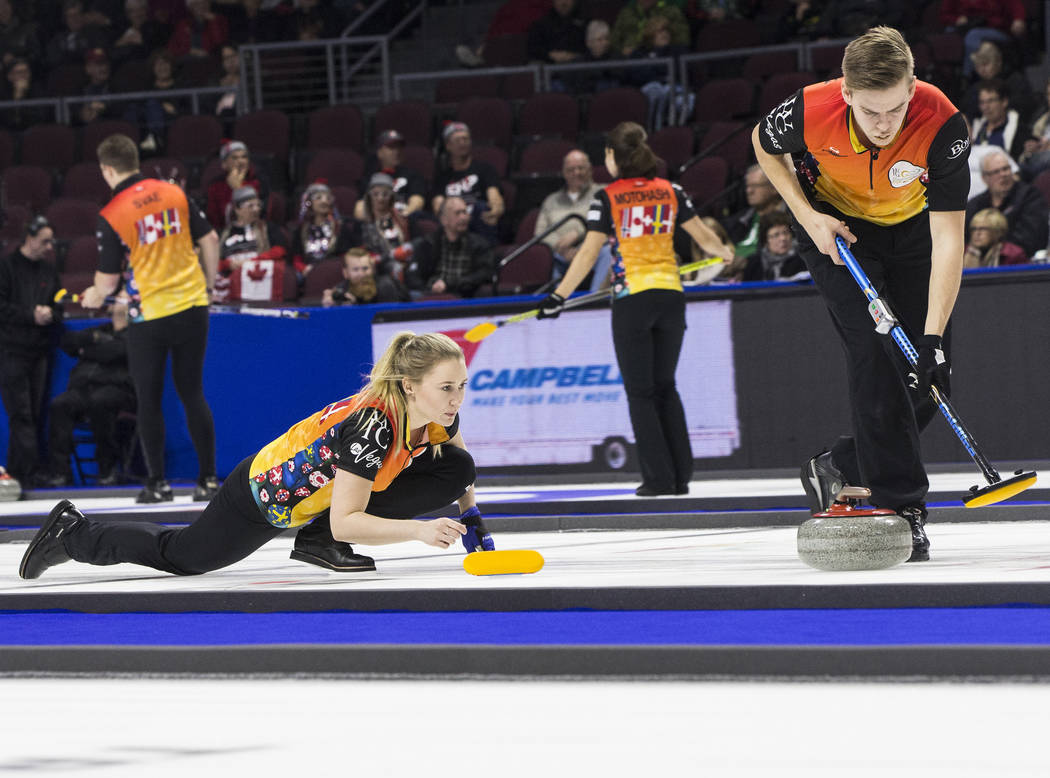 Many Americans first became aware of curling during the 2018 Winter Olympics in South Korea, when the United States won its first gold medal in the sport. The event certainly had an impact on the Las Vegas Curling Club.

“Our club has about twice as many members as before the Olympics,” said Tom Duryea, one of two Pahrump residents who are members of the club. The other is his son, Matt.

All of those people who say they want to try curling have the perfect opportunity Saturday at the Las Vegas Ice Center, because the club’s annual bonspiel, the seventh Sin Sity Spiel, will be held this weekend and features a Learn to Curl session.

The club frequently holds such events, but this one will be smack in the middle of its biggest event of the year. The three-day bonspiel features 13 draws, or rounds of competition, beginning at noon today and wrapping up at 10:15 a.m. Sunday. That is a lot of curling on display, and if you don’t have television commentators explaining what’s happening it can look a bit like shuffleboard on ice.

“My wife went the first six months or so,” Tom Duryea recalled. “One night, a retired player, a lady who had played for 50 years, sat next to her and was describing to Karen what was going on. Now she says she’s looking for that and it’s a lot more enjoyable to watch.”

“It’s similar to golf for spectators,” Matt Duryea said. “At the beginning of this year there were a ton of people at Learn to Curl. We had about 30 or so. It was crowded. Then we had a handful stay on.

“They watched it on the Olympics and they had a perception of what they were expecting. They found it was way more complicated than it looked.”

Tom Duryea says the game is easy to learn but difficult to master. But the learning part can be done at 3 p.m. Saturday during a break in the competition. The Las Vegas Curling Club instructors will teach the basics of curling in a hands-on class, on the ice, followed by a mini-game at the end of the session to put newly learned skills to the test. The club will supply all the equipment.

The club was excited to learn that four special guests will be competing in the bonspiel. Retired NFL defensive lineman Jared Allen, a five-time All-Pro player, decided he wasn’t ready to give up on competition and turned to curling.

The team will be competing this weekend and hopes to qualify for the 2022 Olympics in Beijing.