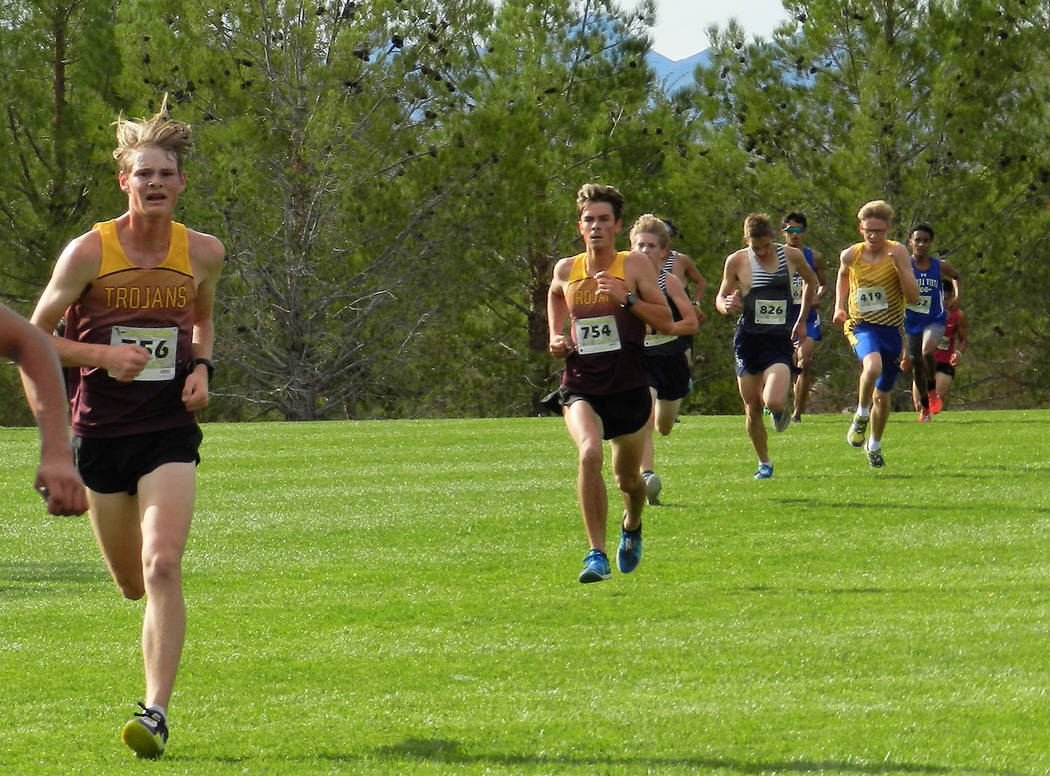 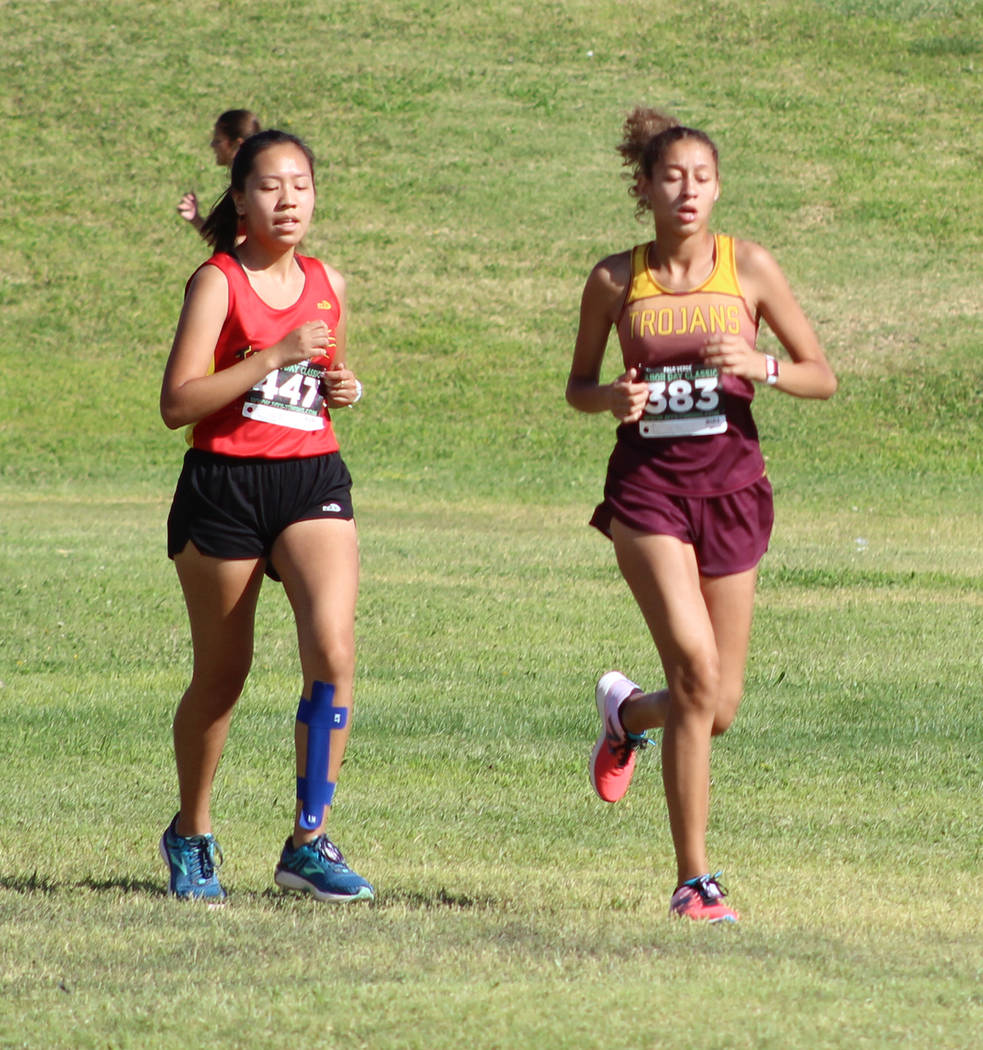 More than freshmen were running their first race for the Pahrump Valley High School cross country team, and coach Erik Odegard was pleased with how the newcomers performed at the Red Rock Running Company Invitational on Saturday at Floyd Lamb Park in Las Vegas.

“The new guys I think did a pretty good job,” he said, referring to former soccer players Ian Kingsley and Juliana Hemphill, baseball player Cyle Havel and track athlete Renaldo Flores, all new to the sport as seniors except Hemphill, who is a junior. “They didn’t know what to expect going into the race.

“Talking to them after the race, even Juliana, she’s like ‘Way longer than I thought it was going to be.’ Coming from soccer, it’s a bit different.”

Schools in the main races were not divided by size, but rather by their geographical location, and newcomers ran in separate races. In the 3-mile races, Pahrump Valley’s best time was turned in by senior Grant Odegard, who finished in 16 minutes, 56.7 seconds to place 13th.

“I think there was only one kid in small schools to beat Grant, Preston Humes from Moapa,” Erik Odegard said. “It was just a matter of who they got stuck with. I think if Grant would have gotten into a different group, he would have run quicker through the middle of the race. Preston got him by 30 seconds, but I don’t think that’s going to be typical.”

“Some of the kids went the wrong way,” Erik Odegard said. “Where they would have finished had they not done that might have been a surprise.”

On the other hand, the coach said Yabra especially was disappointed with his showing Saturday.

“One of the kids who was the most disappointed with his performance was Slade,” Erik Odegard said of Yabra. “He just didn’t feel comfortable. He felt like his stride was off.”

Senior Nrsringa Breathwaite was the only Trojan runner in the 3-mile girls race, finishing in 25:36.0.

“Nrsringa had a pretty good day, one of her better days that I’ve seen,” Erik Odegard said. “When we asked her to do things she did them, pulled ahead where we asked her to pull ahead.”

“I was happy with the results as far as where they’re at,” Erik Odegard said. “I told them today at practice that it was a starting point and now we know what we have to fix. It was a good start as far as getting their feet wet and understanding what they did.”

And while individual runners need to focus on different things, the coach said there was an overall theme to the season’s opening race.

“A strong finish is what we were looking for, and that’s where our kids lacked this week,” Erik Odegard said. “They just didn’t have that strong finish. There were no sprints at the end.”

The Trojans’ next chance to see where they stand will come Saturday, at the Labor Day Classic at Palo Verde High School in Las Vegas.