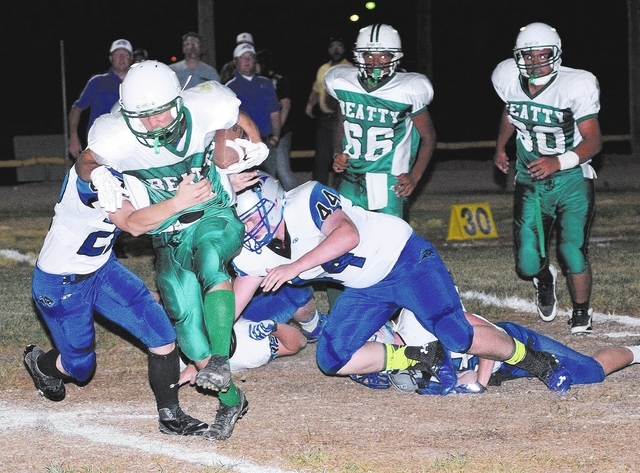 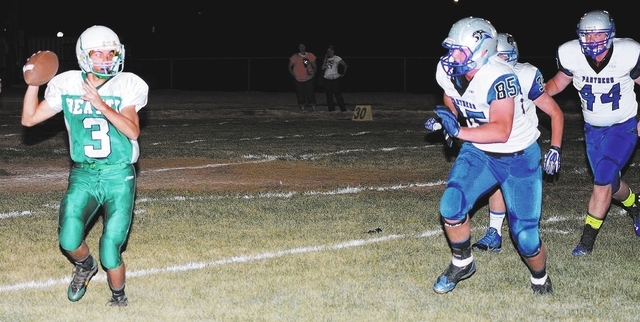 In part one of this series on Wednesday, we heard Athletic Director of Pahranagat Valley, Brad Loveday, talks about a system he helped put in place. This system has brought nothing but consistency and oodles of state titles to the school.

Loveday said the parents and other coaches put together the system that is now in place over the past 20 years. He said he has buy in from all the coaches in high school all the way down to the youngest youth program. He also talked about the consistency in the coaches and their relationship with the parents.

In part II, Mike Sparrow is the head softball coach and assistant football coach at Pahranagat. He expands on what Loveday said.

Sparrow emphasized that the high school couldn’t get everything done without the support of the middle school and the elementary school. A culture of sports supported by the community had to be created. Both Loveday and Sparrow knew that this culture was not going to create itself. It had to be given a nudge or a push. In many cases Sparrow had to be the coach to give this culture a push.

“Our middle school program is not supported by the school district and therefore anything we do prior to high school is supported by the parents. Parents support the kids. We have been able to get a desire of the kids to want to play sports. The older brothers and sisters and parents who have played sports help us out. That is one aspect and we have a culture of that,” he said.

The support is there from the parents all the way down to elementary school. He also said the administrators are a good group and they support the high school program too.

He agrees with Loveday who talked about coaches and the quality of coaches at the high school level.

“We have a lot of coaches that have been here for awhile like Ginger. That is easy for kids to understand that there is somebody who knows what she is talking about that has a good system. Ginger takes that system to the middle school and they pick that up in the seventh grade. Same thing with Ken Higbee in football. He has been here for 15 to 16 years and his dad was the one who started the program so we have coaches that have been here for year, after year, after year.

“You have programs in place, consistency and good coaches in place. You then work from the bottom and the parents support us,” Sparrow said.

He believes sports make the kids keep the grades up.

“It is one of the reasons why kids graduate and I think it provides extrinsic motivation to want to be successful. I have had some kids that I could say without sports we could have never have gotten them there. Parents are a big part of that too. I can’t say that our graduation rate is better than Lincoln County, but I can say the kids who play sports do pass the proficiency test. Our average graduating class is 15-20. This year it will be 12. Out of that we are down to just one kid trying to pass their test,” he said.

“I am kind of like the executive director, where I help coach, but don’t have to coach. The coaches come to me with questions. I help fund raise. They have done their best to fit into what we do. Club sports is not a culture at our school. If it was we would not have any kids to fill our teams. Our programs would just go away. We as coaches can not fight over kids and even though I would love the kids to play softball all-year long, it just would not work for us,” Sparrow said.

(Note: In part I Loveday’s name appeared as Lovejoy.)