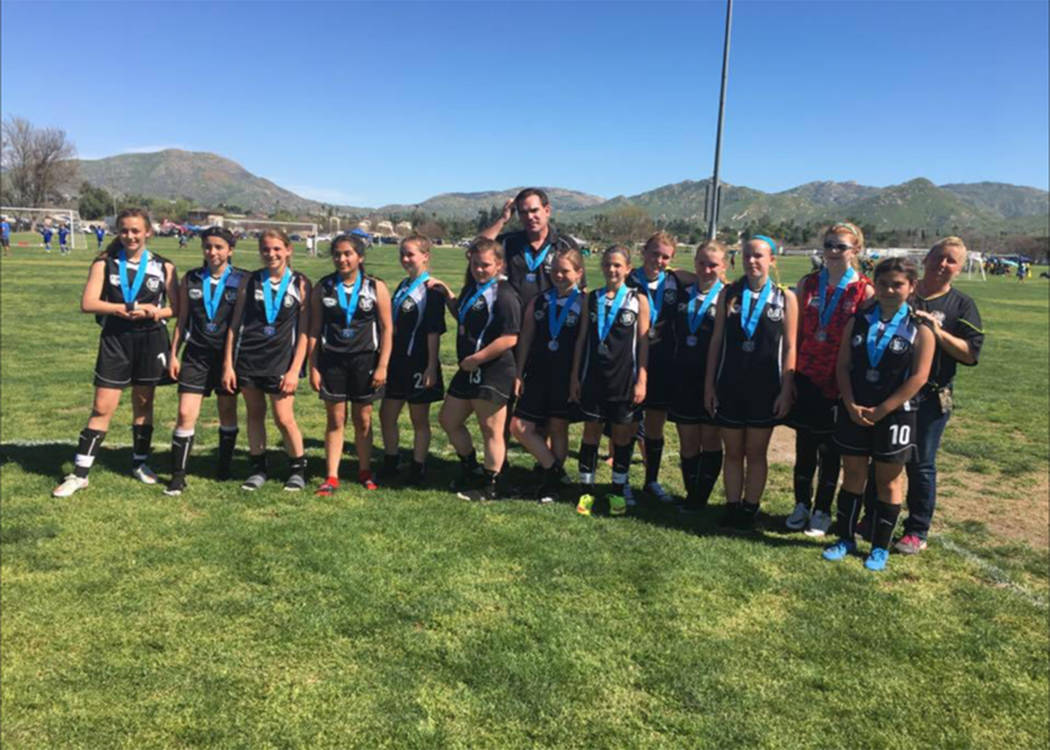 Shawn Holmes is a successful businessman during the day and a successful soccer coach when he is not earning a living.

If his name doesn’t ring a bell, then maybe his casino does. His company, Best Bets, owns the Stagestop Casino at 100 W. Stage Coach Road.

When he is not running his company, his number one passion is soccer.

He has been coaching for the past 10 years with mostly American Youth Soccer Organization teams until recently, he took one of the all-star teams and made them into a club soccer team. He coaches one of two club teams operating out of Pahrump and playing in the Silver State Soccer League. Holmes got his start coaching with AYSO.

“I was an all-star coach for a U10 team and the parents wanted me to keep coaching their kids and keep them together,” he said. “So we began an AYSO travel team. AYSO said we can keep them together and scrimmage teams but we couldn’t be part of the AYSO league play.”

He kept the team in AYSO as an under age 12 team and again had success.

His U12 team went to the Colorado River Invitational Soccer Tournament in Bullhead City, Arizona in 2015 for the 17th time to play some of the best AYSO regional travel teams and club teams in the area. That was the first time since the tournament began that Pahrump has had a team qualify for the championship games. The U12 Girls qualified for the championship games by beating some top-notch California teams in the semifinals.

He then went to Silver State Girls Soccer League which has some 800 players throughout Las Vegas. The league has a fall, winter and spring season. The league has been around for more than 30 years.

Holmes has two daughters that play for his team on the defense, Sarah and Alyssa. Both are in middle school this year.

Holmes said he has coached some kids since they were eight years old.

“It’s fun because like my kids, watching them develop their skills is the best part about coaching,” the coach said. “We currently are in a U15 league, which means we are at a disadvantage when we play most teams because I have so many girls that are young and have to play up. In the beginning, we were getting crushed by the other teams and now not so much.”

The coach said he would like to keep the girls together from Pahrump as they go into high school.

“We would have 17 girls tryout and 16 make the team,” the coach said. “In the past, club soccer teams have had to rely on Vegas girls to make up the team. We don’t.”

Like any coaches, he studies other coaches and what they are doing to win.

“I use tactics from teams that beat us,” Holmes said. “That’s what I study. It’s like a chess match. Most coaches coach to win, but if you coach to the kids, the wins will come.”