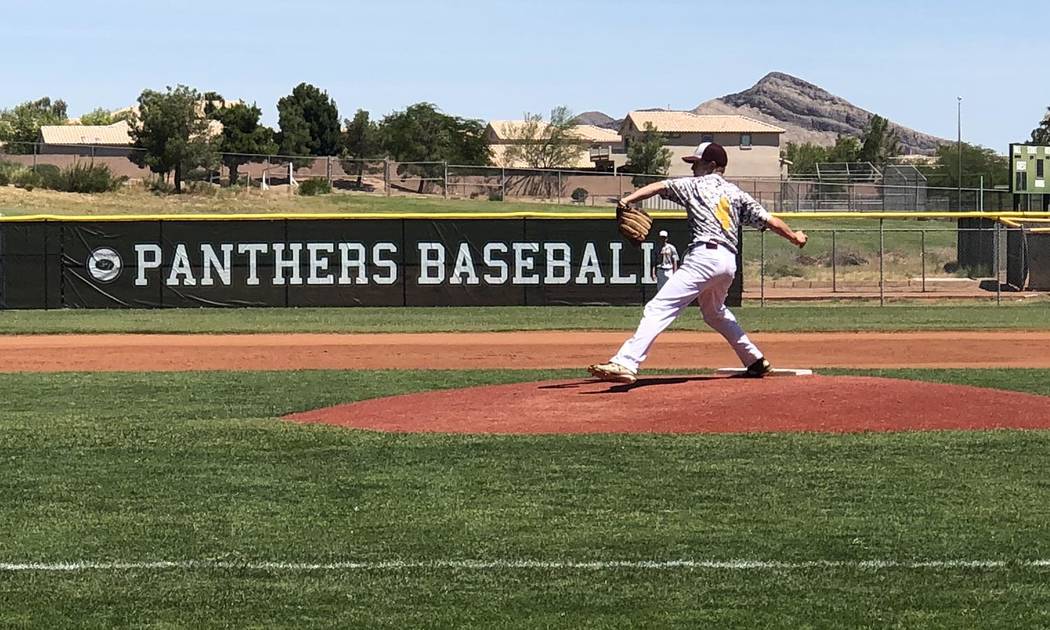 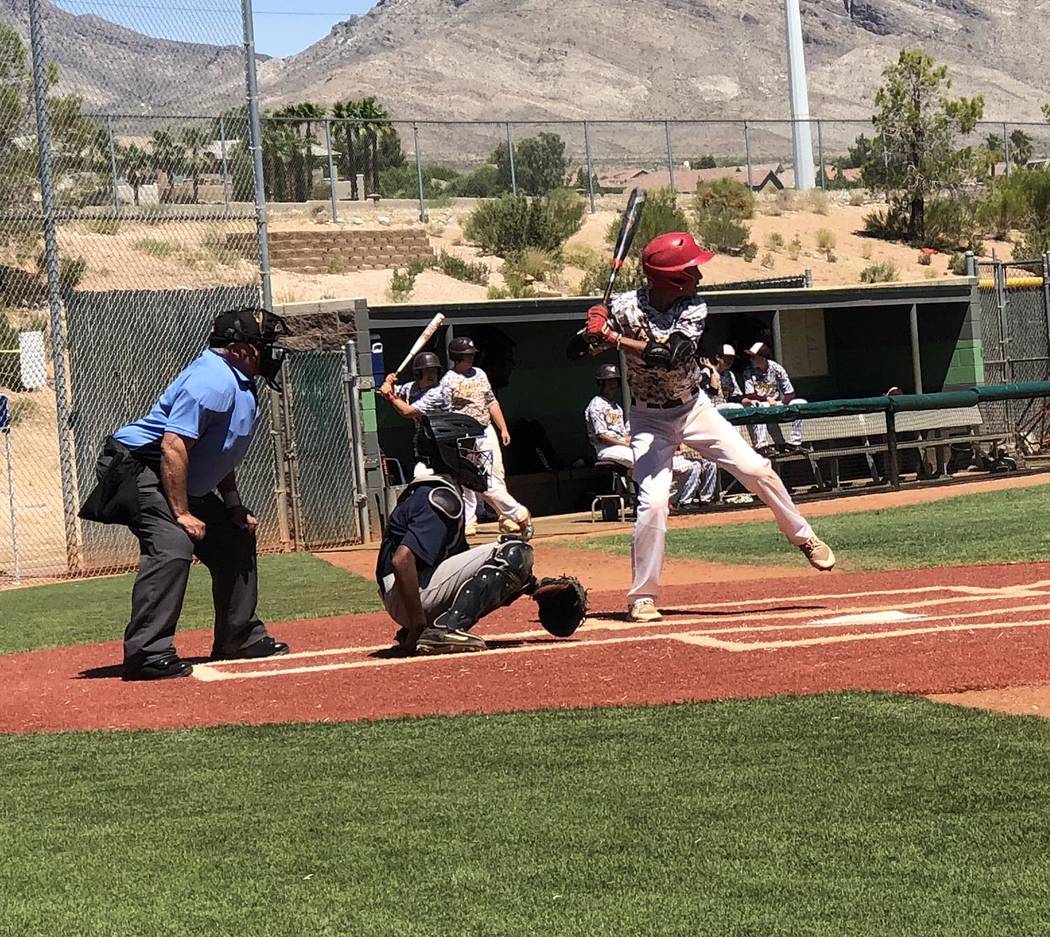 Tom Rysinski/Pahrump Valley Times Pahrump shortstop Fidel Betancourt waits for a pitch against the Las Vegas Grizzlies during the Connie Mack Baseball 14U State Tournament on Wednesday in Las Vegas.

A brutal summer for Pahrump youth baseball ended Wednesday when the Trojans 14U team was eliminated from the Connie Mack Baseball State Tournament.

Ethan Gavan’s 2-run single in the bottom of the seventh inning tied the game for the Trojans, but a bunt single, a walk and a misplayed fly ball gave the Las Vegas Grizzlies 2 runs in the ninth to hand Pahrump a 9-7 defeat at Palo Verde High School in Las Vegas.

It was a frustrating tournament for the Trojans, who suffered a 1-run loss the day before in their opener. Coach Drew Middleton said the two games had something in common.

“We had a couple of errors and our offense didn’t pick up,” he said of Tuesday’s 5-4 loss to the Las Vegas Mustangs. “Our outfield has been trouble for most of the summer, and we gave away the game like we did today.”

Middleton said mistakes both physical and mental prevented the Trojans from making a deeper tournament run.

“They scored nine runs today, two were earned,” he said of the Grizzlies. “It’s very frustrating as a coach to see that we give up only two earned runs and lose the game. Then we score seven runs and play well offensively, but we left three or four runs on the bases because of not watching the baseball or staying at the bag when we’re not supposed to.

“Eddie (Steeves) put down a perfect bunt and our runner on second stays there, and we get thrown out on a perfectly placed bunt.”

Another runner was caught wandering too far off first base by the Grizzlies catcher, whose throw to first started a rundown that ended in an unusual 2-3-4-3-6 putout. On the other hand, the Trojans scored twice on double steals as the Grizzlies elected to throw down to second both times, once recording an out and once allowing

Dax Whittle to take third on a bad throw. Whittle’s speed helped start a 3-run second inning for the Trojans, as he beat out an infield hit on a bunt. Austin Sandoval and Sean Owens singled ahead of a 2-run double by Payton Eaton that gave Pahrump a 4-0 lead.

But the defensive lapses sabotaged the pitching performances of James Metscher and Micah Mendoza. Metscher started the game and pitched into the sixth, when the Grizzlies put together their best offensive stretch of the game to take a 6-5 lead. Metscher went into that inning having retired five consecutive batters without a ball leaving the infield, and he only walked two.

Mendoza made the Grizzlies look foolish several times, but, as Middleton noted, neither pitcher got a lot of help.

“Three or four fly balls dropped in,” he said.

“James and Micah did very well today. They did enough to win. Micah didn’t give up any hard hits, just little bloopers that we couldn’t catch in the outfield. He throws strikes, and he does his job. It’s fun to watch.”

Middleton had high praise for his players’ work ethic, noting that lack of effort was not the problem with this team.