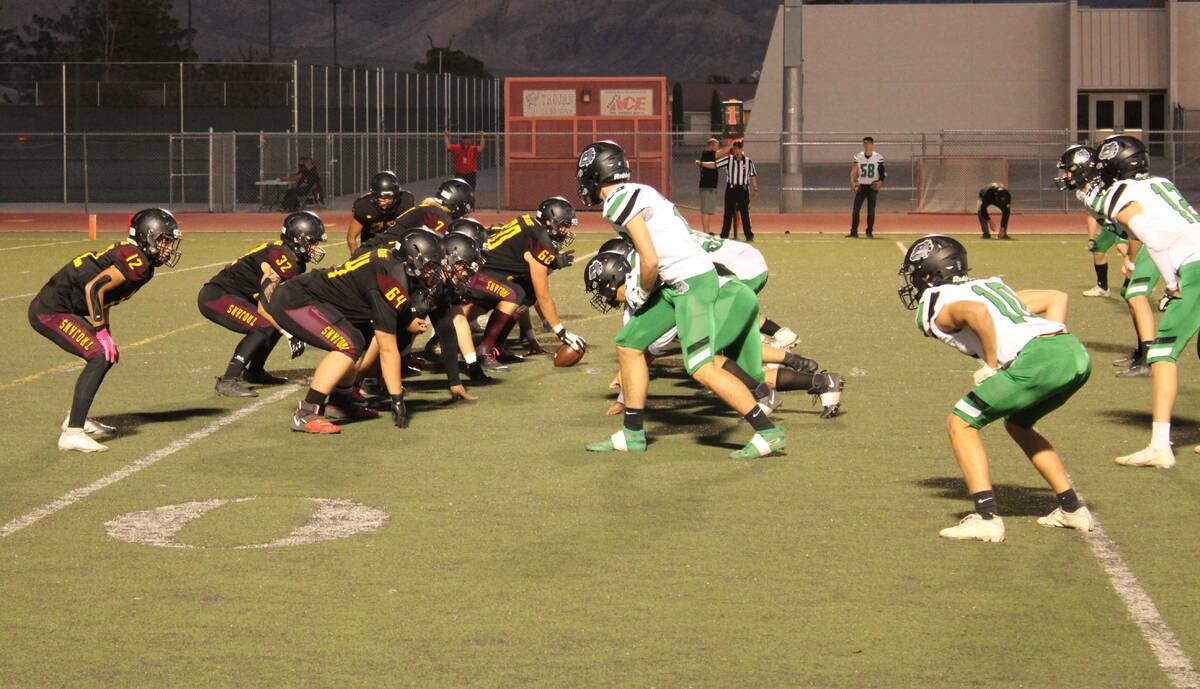 Danny Smyth/Pahrump Valley Times The Pahrump Valley Trojans will begin their 2022 season on the road against the Western Warriors on Friday, Aug. 26.

The Pahrump Valley football team begins their 2022 campaign and the Thom Walker head coaching era with their opening game against the Western Warriors tonight, Friday, Aug. 26.

The Trojans start the season on the road against Western.

Last time out against the Warriors, the Trojans won without breaking a sweat by a score of 37-0 during the 2019 season. They’ll be looking to have the same performance this time around.

The Warriors began their season last Friday with a crushing 47-8 defeat at the hands of SLAM Nevada.

The Warriors will be starting fresh this season. They lost their top four yard-gainers from last season as they all have graduated.

Their quarterback, junior Roberto Vargas, will be the only returning player among the three key positions (QB, RB and WR).

Not only will the Warriors have new faces in important positions, but the Trojans will as well.

Scott Oscarson will be starting at quarterback for Pahrump Valley this season. He took over the starting role midway through last season.

The Trojans will also have a new starting and backup running back as last year’s top ball carriers, Zack Cuellar and Henry Amaya, have both graduated.

The game is scheduled to start at 6 p.m.