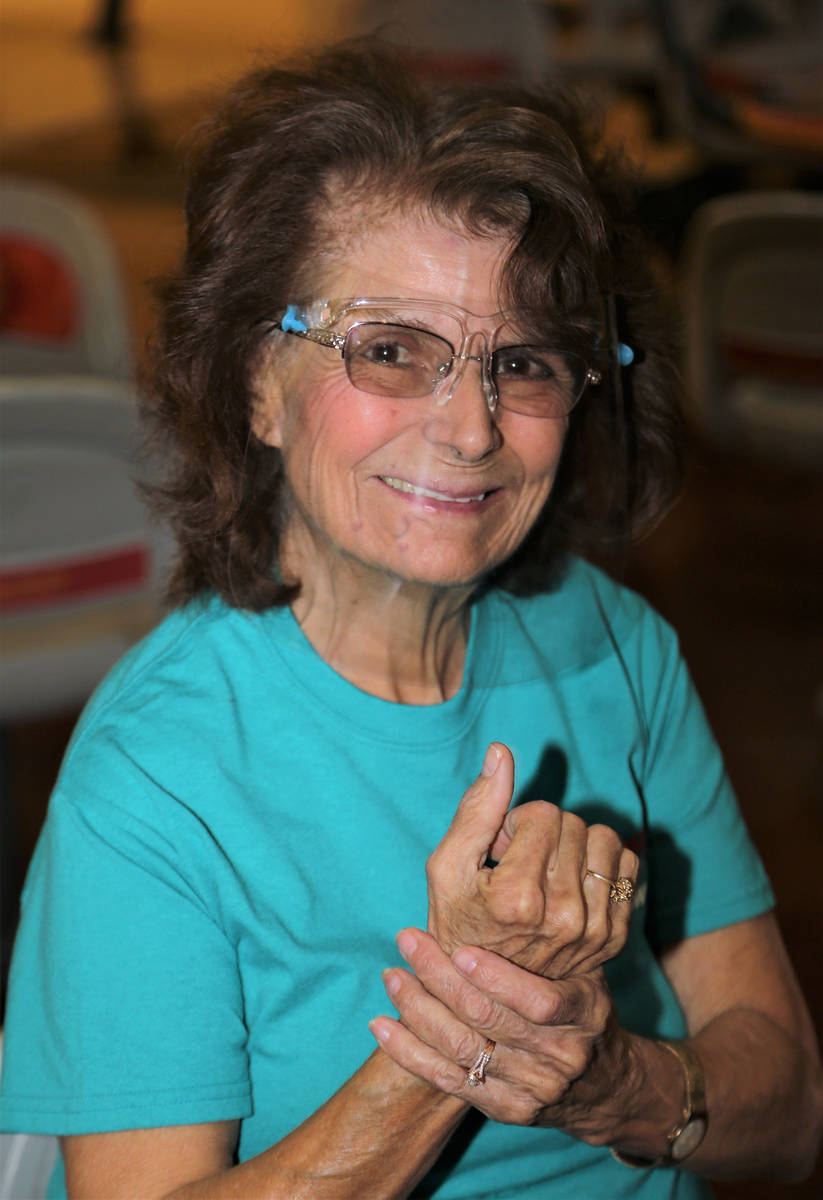 Randy Gulley/Special to the Pahrump Valley Times Juanita Martinez rolled games of 300, 279 and 300 in a 6-pin no-tap format to win the March Madness Mulligan Mystery No-Tap Handicapped Tournament on March 20 at the Pahrump Nugget Bowling Center. 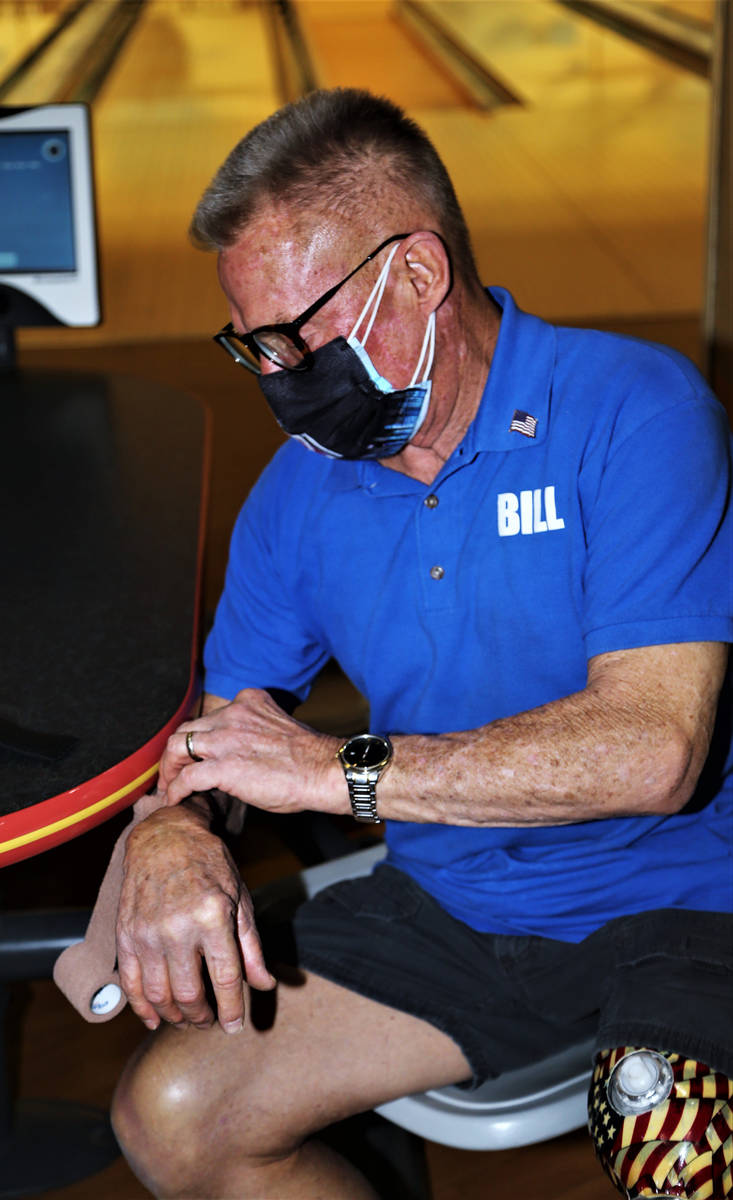 Randy Gulley/Special to the Pahrump Valley Times Bill Neilson celebrated his 75th birthday by participating with his wife, Bonnie, in the March Madness Mulligan Mystery No-Tap Handicapped Tournament on March 20 at the Pahrump Nugget Bowling Center. Bonnie finished fifth in the event, while Bill placed 15h, taking home a combined $32.

Juanita Martinez bowls for fun, and her 113 average doesn’t often have her near the top of the standings in local tournaments.

But March 20 at the Pahrump Nugget Bowling Center, everything — including the pins — fell into place for her.

The first March Madness Mulligan Mystery No-Tap Handicapped Tournament was built for high scores, but nobody took better advantage of that than Martinez, who rolled games of 300, 279 and 300 which, combined with her 321 handicap, gave her an even 1,200 for a 10-pin win over Nora Clark.

“Before the first squad, the number 6 was drawn, so it really made it easy to score since if you had six pins or more you automatically received a strike,” explained Randy Gulley, a veteran bowler who photographed the tournament. “You bowled three games and you received one mulligan per game if needed, and most bowlers did not need the mulligan because it was a 6-pin No-Tap.”

For his part, Gulley rolled three 300s, but his smaller handicap left him with a 1,059, well out of the money. The top 20 bowlers shared in the prize pool, with Martinez receiving $26 down to Randy Breneman and Linda McLaughlin each receiving $10.50 for their 1,095 scores.

The event brought 73 bowlers to the Nugget, divided into two sessions at 10 a.m. and 1 p.m. The entry fee was $10, half of which went into the prize pool, including a $10 “prize” for finishing last, effectively getting your entry fee returned.

As with many events at the Nugget, there were fun elements. If a bowler had a yellow head pin and had six or more pins a free game was awarded, and a green head pin would result in a grab bag gift for a natural strike.

The tournament was an open one, meaning anyone who was interested could participate. The next Pahrump Nugget Bowling Center tournament will be April 17.