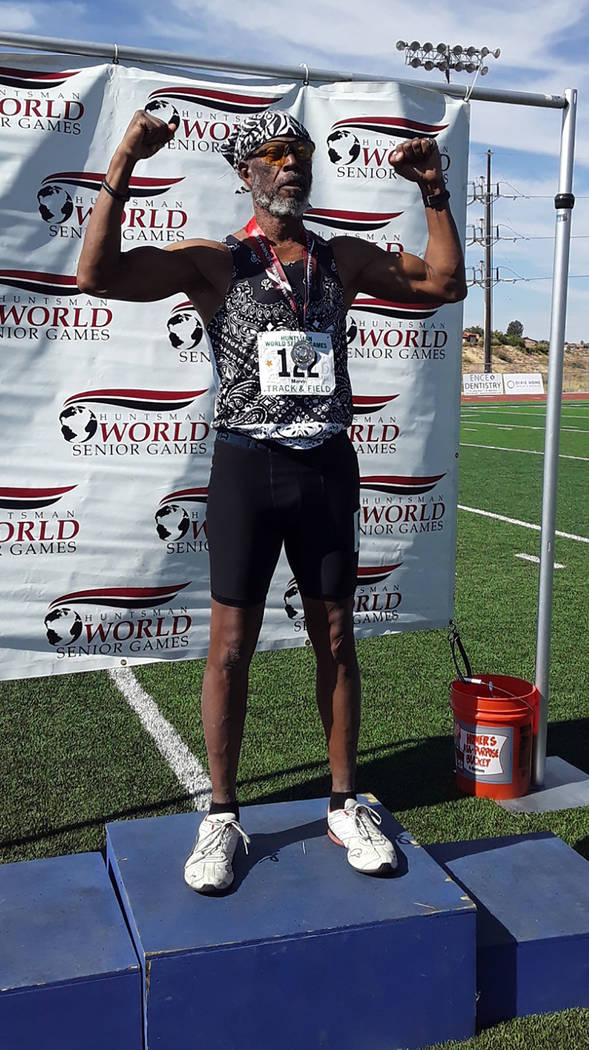 Special to the Pahrump Valley Times Marvin Caperton of Pahrump at the Huntsman World Senior Games in St. George, Utah, where he won silver medals in the 100 meters and the 4 x 100 meters, bronze in the 50 meters and finished fifth in the 200 meters. 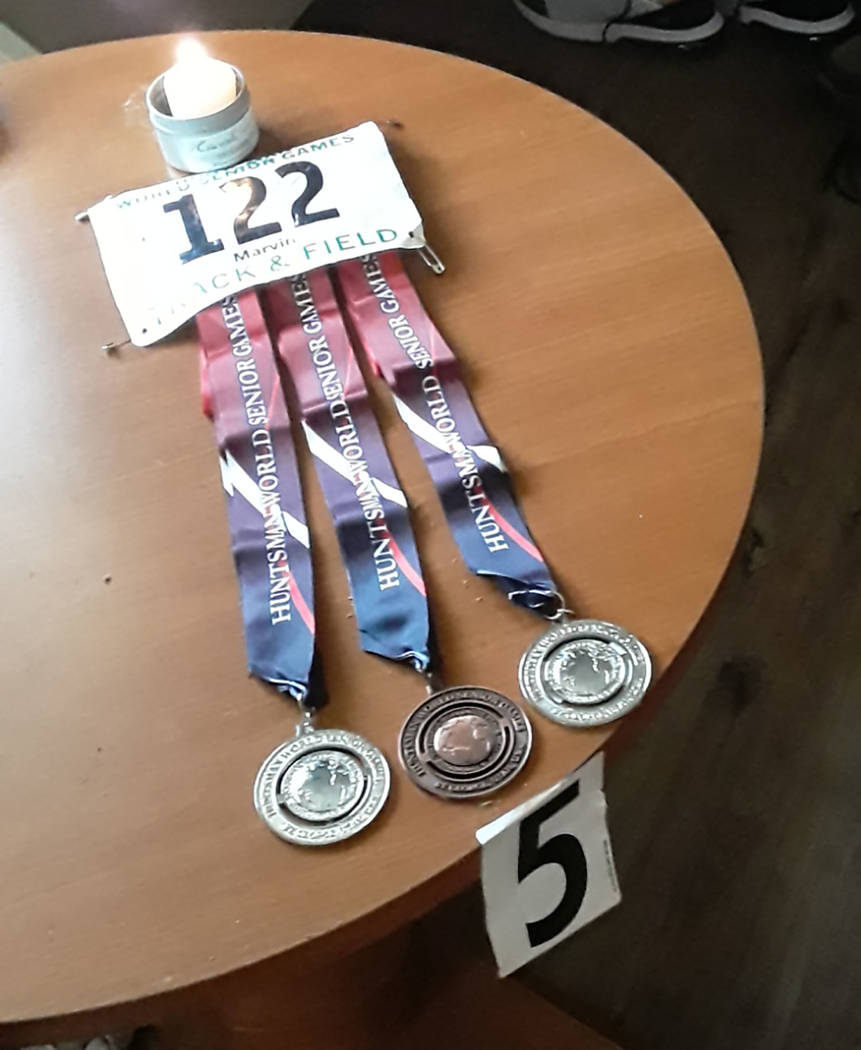 It’s not often that looking for satisfaction from officials works out, but Marvin Caperton found sometimes the people in charge do the right thing.

The Pahrump resident was competing in his fifth Huntsman World Senior Games in St. George, Utah, when something unusual happened.

“I was running the 50, we were all in the starting blocks, we were all set, and I jumped the gun,” Caperton said. “I never jump the gun, but I did that day. And when I jumped it I realized I jumped it, so I stopped, and the field kept going, and there was no way I was going to catch them.

“And he said, ‘Darn it, you should have said something to me before we finished the 50s. I would have let you run with one of the other groups.’ I said well I had to go here, I had to there, and finally I got to you. He said, ‘would you like to run it again?’ And I said yes sir. He said, all right let’s do it, so they let me run it again by myself.

“I ran a 7.22, which was faster than the person who took third in the 50 meters, so they gave us both bronze. I thought that was cool. They handled it very professionally.”

“I ran really well,” Caperton said. “I ran some really fast times. I was really happy with my meet.”

As is usually the case, the 4 x 100 was a spontaneous event, as runners formed teams on site.

“It’s just fun,” Caperton said. “Usually someone’s like, ‘You going to run the relay?’ The 4 x 100 is the one everybody looks forward to.”

And a silver medal is just fine when you haven’t practiced handing off the baton to your brand-new teammates.

“The team that got gold looked like they’ve been practicing them for years,” he said of their exchanges. “It was like boom, boom, boom. All of them were perfect.”

Caperton will now take some time off before competing in Laughlin and Mesquite. And the new year will bring a new set of challenges in USA Track &Field events.

“I’m going to try and go to some of those meets because they’re paying money,” Caperton said. “Someone told me in the nationals they are giving out $1,000 for first, $750 for second and $300 for third, and that’s kind of helpful when you’re spending money to go to these things.”

Caperton does have some help in raising the money to go to those events, and as always he wanted to express appreciation for his sponsors. Caperton said they included Floyd Construction, Shawn at Stagestop Casino, George Romero at Romero’s, Cathy Slaughterback at All-Star Real Estate, Mike Hickey at Pourhouse, Glenda Tatum, Jessica Giannino, Jim Cogeshall and Tim Hafen. Caperton said Giannino and Cogeshall assisted him during his training for the Huntsman Games.