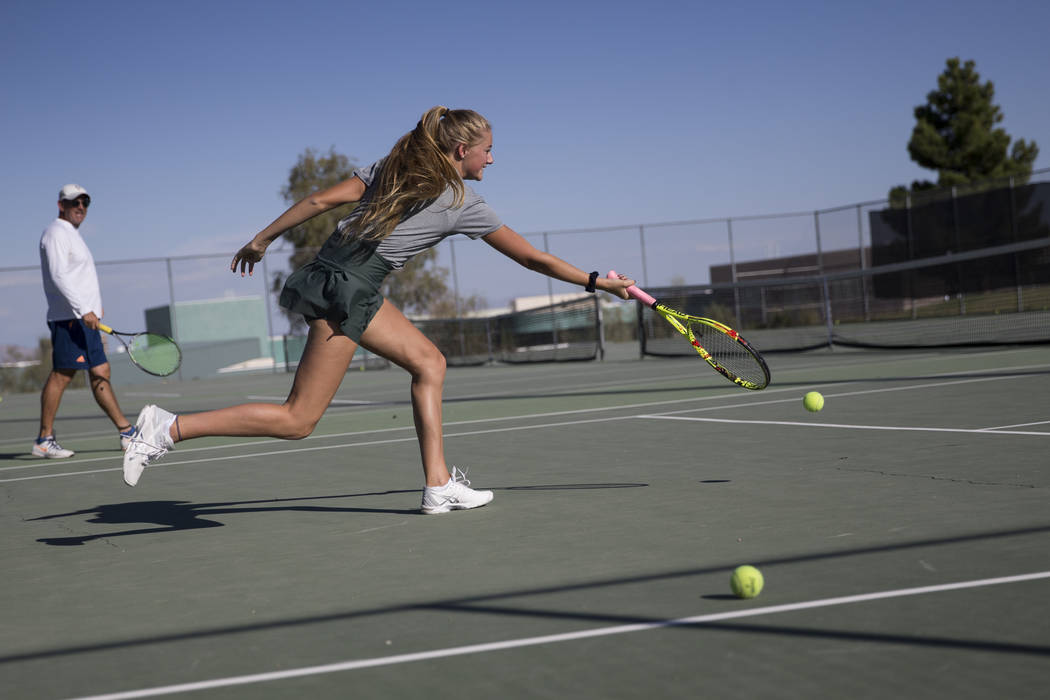 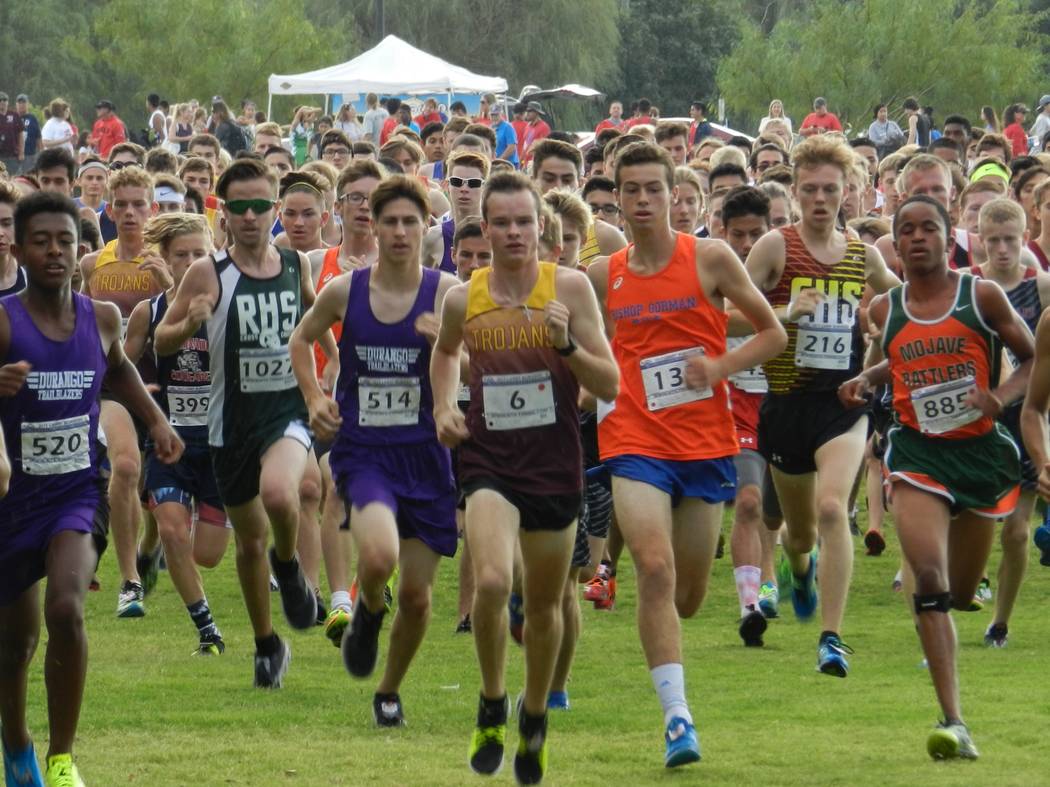 Special to the Pahrump Valley Times Rosemary Clarke Middle School is planning to add cross-country to its list of sports. Pictured is the Larry Burgess Invitational at Sunset Park in 2016. The Pahrump Valley High School Trojans took part.

Two schools in Pahrump could soon add to a list of available sports activities that students can participate in.

Nye County School District Superintendent Dale Norton presented a plan during a Feb. 21 school board meeting to bring in a cross-country team to Rosemary Clarke Middle School. Pahrump Valley High School is set to bring in a tennis team.

The high school’s new tennis team, for both boys and girls, is set to cost between $8,300 to $8,400 seasonally, Norton said at the meeting.

That includes such as transportation and those associated with funding for a head and assistant coach, Norton said.

“For the past three or four years, we’ve been running kind of a club team where they meet in the fall and play tennis, to see if the interest is sustainable and how many are playing,” Pahrump Valley athletic director Larry Goins said. “So we’re ready to move forward now.”

Following the administration coming forward with a proposal, Norton said he visited the Nevada Interscholastic Activities Association and the Clark County School District about the tennis team.

“They’re not opposed to us moving forward with one year as an independent status team,” he said.

In fact, Clark County is welcoming the new team coming on board.

“CCSD is very excited about that because in the division that we’re in, there are not full teams across the board in that 3A Division,” Norton said.

While noting that the club program has enough kids to field boys and girls teams, Goins hinted that long-term success is not guaranteed.

“It’s going to take some work,” he said. “I don’t see a lot of people out playing tennis on a regular basis, but we don’t have a lot of courts, either.”

The new team would not be eligible to send any athletes to playoffs and state championships at this point, and there’s no guarantee the team is set for a long-term run yet.

“We’ll take a look at it—look at the numbers that participate and look at outcomes for the end of the year and see if we want to make it a full-sanction sport then for the following school year,” he said.

Tim Sutton, president of the Nye County School District Board, asked about the costs associated with uniforms and equipment, which wasn’t included in the budget proposal.

Goins said coaches’ salaries and transportation would be the primary costs. “And we’ll have to buy some balls,” he added.

Norton thought that the schools would absorb some of the associated costs through fundraising and other sources.

Lori Odegard, a sixth-grade teacher at Rosemary Clarke Middle School, said the students were going to wear their track uniforms for cross-country during the board meeting, so no additional uniforms were needed.

Odegard’s husband, Erik, is an assistant cross-country coach at the high school who is already working with runners at the middle school, Goins said.

“He’s kind of been doing a club team out there,” he said. “The interest is high, and it’s something we can tag onto our high school program.”