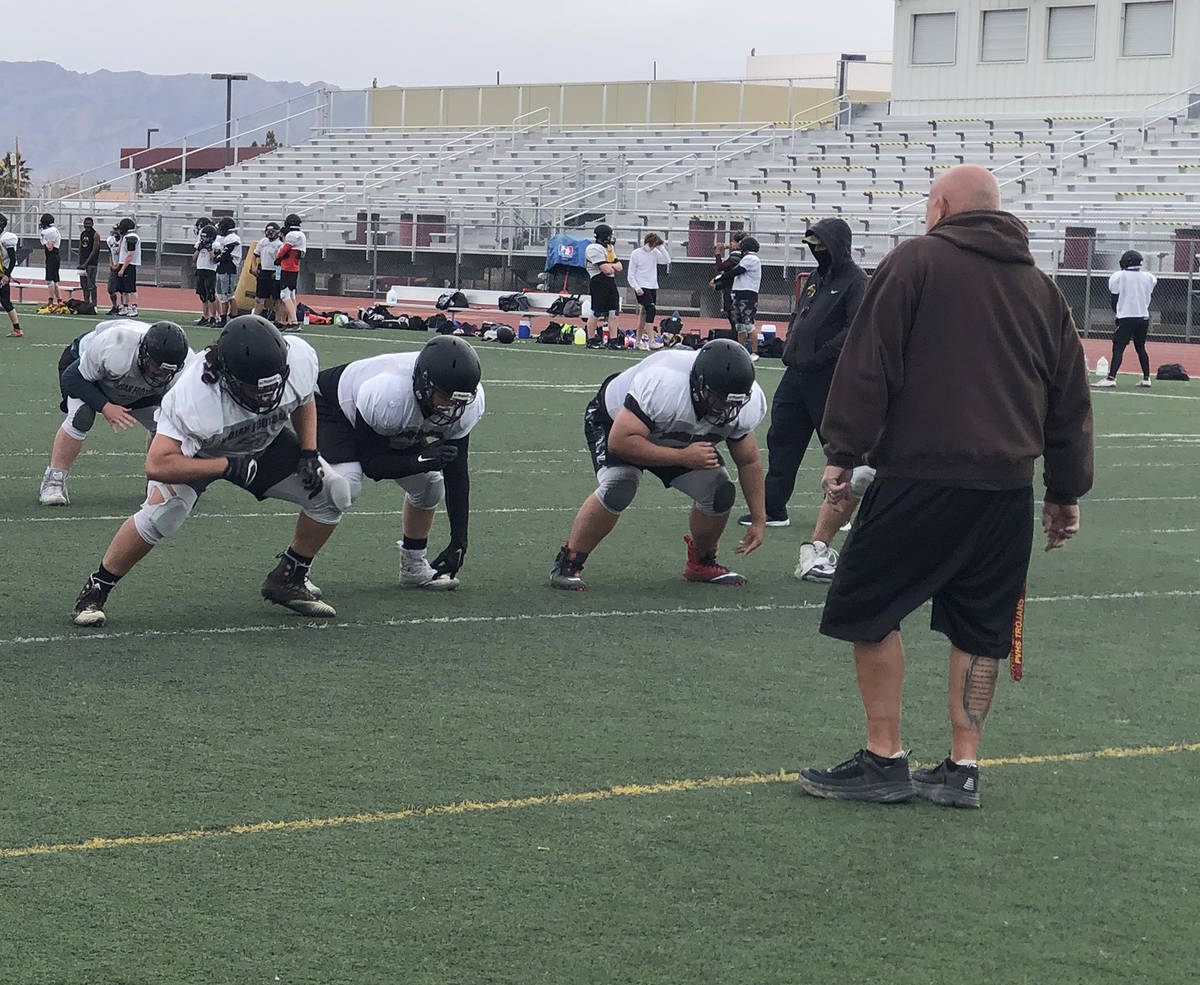 ■ Outlook: Here we go again, as the Trojans take on another foe that has dominated them over the years. The Trojans have played the Bulldogs more than any other opponent, but Virgin Valley has won 43 of the 50 meetings, including 24 in a row. Both teams lost their openers, with the Trojans falling to Moapa Valley 36-0 and the Bulldogs winding up on the wrong end of a 49-0 score against Faith Lutheran. Perhaps statistics against the Class 5A Crusaders won’t reveal much, but it’s all we’ve got. Virgin Valley ran 21 rushing plays for 74 yards, while quarterback Will Barnum completed 3 of 14 passes for 31 yards and 3 interceptions. Meanwhile, the Trojans’ offense never really got untracked against Moapa Valley, although their run defense was outstanding and field position played a role in the Pirates scoring 36 points. As always, the Trojans will need to run effectively and set up the occasional surprise pass, as sophomore quarterback Makoa Batongbacal has the ability to throw a pretty pass downfield.

■ Did you know?: The Bulldogs and Trojans have played twice in a season 10 times, including three times in the playoffs.

■ Coach Clayton says: “Virgin Valley will be physical up front like always, so we are going to go right at them. They have some speed that we will need to account for on defense, but besides that we are going to be physical on both sides of the ball and see what they’ve got.”