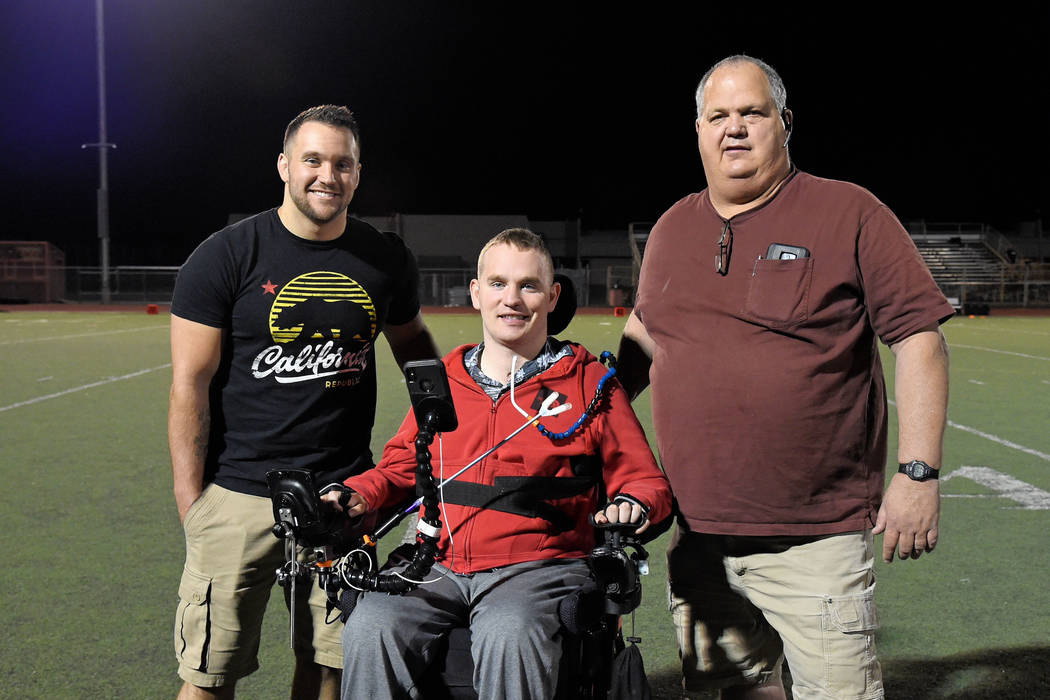 Five individuals and one business were inducted Sept. 29 into the Pahrump Valley High School Athletics Hall of Fame during a dinner at the Pahrump Nugget.

Chapman was a two-time state champion wrestler who also lettered all four years in track as a pole vaulter and lettered once in football. A top-10 student in his class, Chapman graduated from the University of Nevada, Reno with a degree in chemical engineering, wrestling for the Wolf Pack until breaking a rib.

Daffer was named the top male athlete for the class of 1982 after lettering two years in football and three years in wrestling. After wrestling in college and taking third at the regionals for Ricks College (now Brigham Young University-Idaho), Daffer returned to Pahrump and coached wrestling at the high school and baseball, softball and soccer in youth leagues.

Elliott won back-to-back state championships at 145 pounds in wrestling and was on the 1986 team that won the state title. A nose guard and linebacker in football, Elliott was the leading tackler for the Trojans his junior and senior years, and his 132 tackles as a senior is believed to be the school record.

A 2009 Pahrump Valley graduate, Floyd lettered in football, wrestling and track for the Trojans. A two-time team Most Valuable Player and the team’s Offensive Player of the Year as a senior in football, Floyd was a two-time Most Improved Wrestler and finished second in the state as a junior. The 10-time letter winner was a sprinter in track.

Another 2009 graduate, Weldon was the co-male athlete of his class after earning 11 letters in football, wrestling and track. He won a state title in wrestling at 171 as a junior, took second as a senior and finished third as a sophomore at 165. Weldon was a two-year wrestler at California Baptist University before earning a criminal justice degree.

Saitta Trudeau, in Pahrump since 2001, has supported athletics in a variety of ways. The company sponsors the Kick For Cash at halftime of home football games, in which a fan can win a chance to kick a field goal for $500. Saitta Trudeau often donates transportation for football camps, donated a scoreboard for the middle school and sponsored Drives for Cash at sporting events.

The inductees were recognized Sept. 28 at halftime of Pahrump Valley’s 38-12 victory over Cheyenne, with Floyd, Chapman and Elliott present for the ceremony.