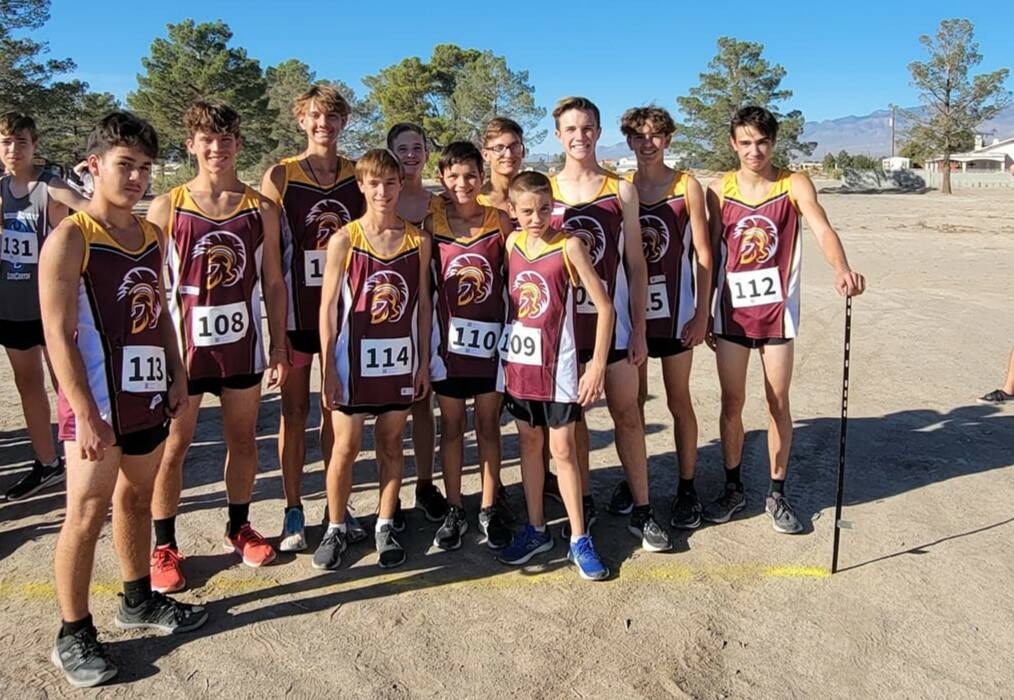 Pahrump Valley Athletics The Pahrump Valley boys cross-country team qualified for the Nevada 3A state championship meet with their fourth-place finish at the southern regional event on Friday, Oct. 28. 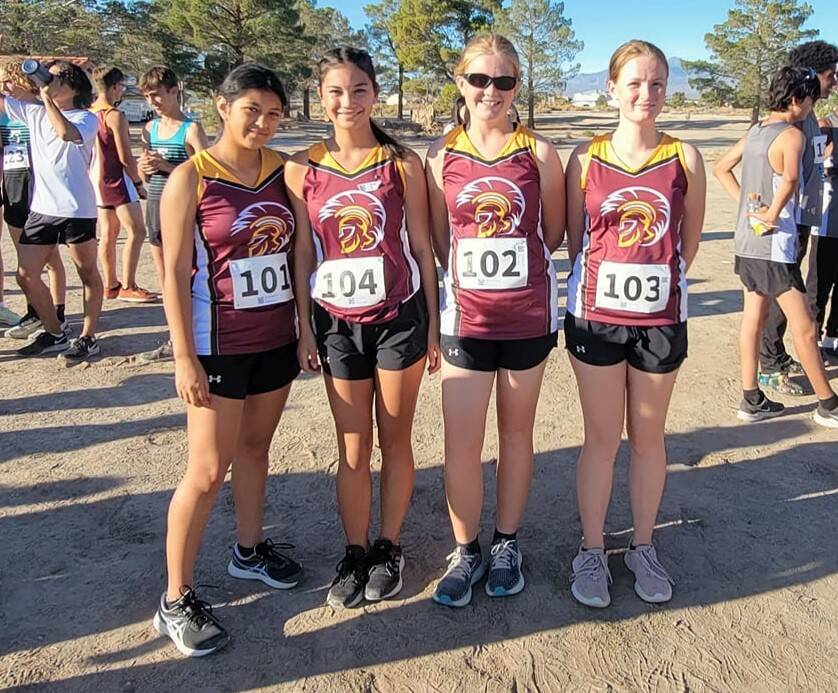 The Pahrump Valley boys cross-country team qualified for the Nevada 3A state championship competition after finishing in fourth place in the team event at the southern regional meet this past weekend.

The Trojans had seven runners participate in the event, finishing with a combined team time of 1:45:32. They finished just 6 minutes ahead of fifth-place finishers Pinecrest Cadence.

Freshman Aydon Veloz was the top runner of the day for Pahrump Valley. He finished in 18th place with an individual time of 19 minutes and 28 seconds.

This was Veloz’s fourth fastest time of the season for a 5k event.

Junior Theron Abbiss was the second best runner for Pahrump Valley. He ended his run with a time of 20 minutes and 41 seconds, giving him 28th place for the race.

The other five Trojan runners finished inside the top 40 spots.

Isaac Norton (38th), Nicholas Cowart (39th) and Antonio Veloz (40th) all finished less than a minute apart from each other.

In the girls 3A southern regional race, 40 runners represented 11 schools from across southern Nevada.

The Pahrump Valley girls team had just three participants in the event. They finished in fifth place with a team time of 1:17:40.

Despite not finishing among the top four teams and not qualifying for the state event as a team, Pahrump Valley did have two runners qualify for the state championship race with their individual times.

Sophomore Aurora Whitney was the top runner for the Trojans. She finished the 5K race with a time of 23 minutes and 44 seconds, giving her a 12th-place finish for the event.

Freshman Savannah Thompson was the second-best runner in the southern regional meet for Pahrump Valley.

The final runner for the Trojan girls team was sophomore Alejandra Abarca-Franco who finished in 28th place with a time of 28 minutes and 34 seconds.

Abarca-Franco missed out on qualifying for the state meet by just 30 seconds.

The Nevada 3A state cross-country meet will take place this Saturday, Nov. 5, back at Veterans’ Memorial Park in Boulder City.