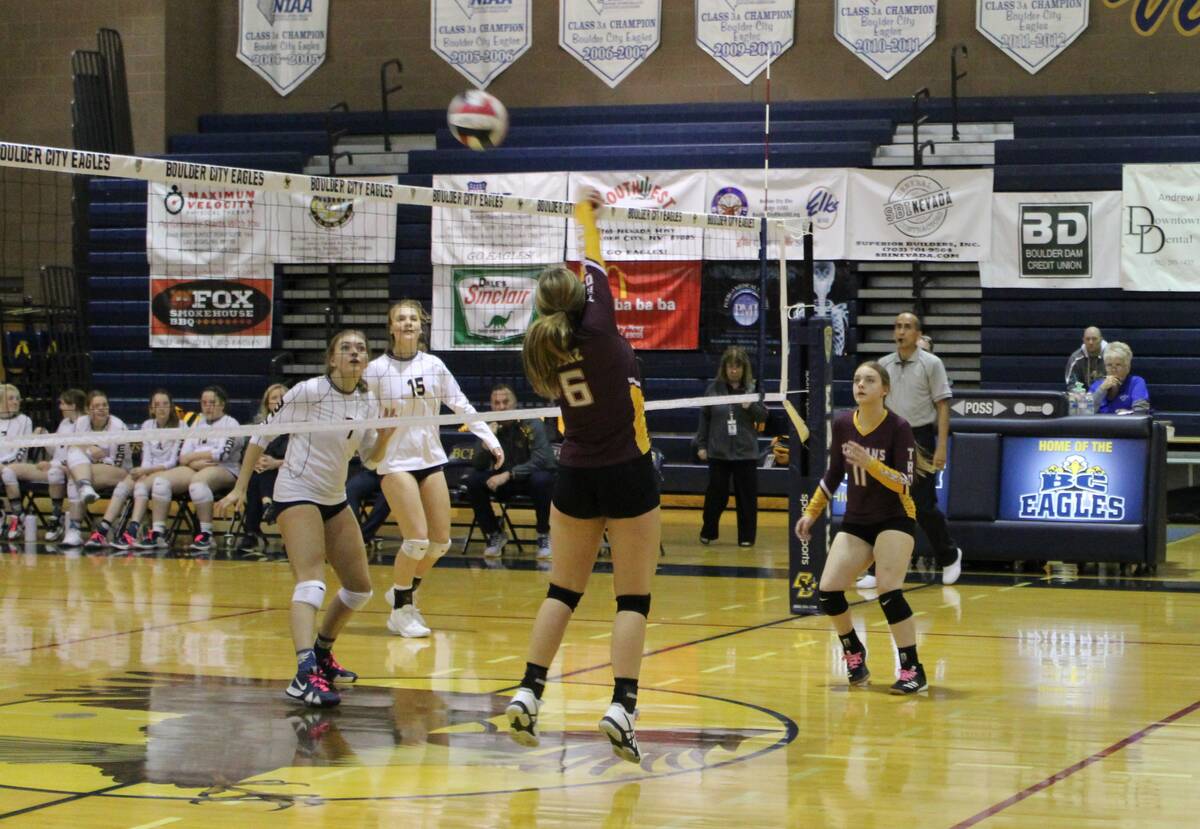 The Lady Trojans entered the playoffs as the No. 8 seed in the southern regional, finishing the regular season with an overall record of 6-20 and a league record of 2-8.

Boulder City, on the other hand, entered the tournament with the top seed overall. They ended the regular season with a 26-5 record and 10-0 in league play.

Of their five losses, only two of them were in-state schools and both of those schools were in higher divisions than Boulder City.

Their other three losses came against schools from California during a mid-season tournament.

Boulder City won both of the regular season games against Pahrump Valley.

The Eagles picked up right where they left off on Tuesday night.

Pahrump Valley fell behind early and weren’t able to get back into the game. Boulder’s power and speed were too much for the Trojans to handle.

Senior hitter Lilian McGhee led the Trojans’ offense with four kills in the game against the Eagles.

Juliana Ondrisko and Taylor Brown tied for second on the team with two kills each.

The Trojans had just one ace between all three sets on Tuesday, compared to 23 aces by the Boulder City servers.

Senior Peyton Odegard got the only ace for the Trojans offense. Odegard also led the Pahrump Valley defense, as usual, with four blocks.

Boulder City went on to get the sweep, three sets to zero. Pahrump Valley scored double-digit points in just one of the three sets.

The Eagles advanced to the second round of the southern regional tournament on Thursday night to face the Coral Academy Falcons.

You can check the outcome of the game by going to maxpreps.com or niaa.com.

If I had to put my money on it, I’d say that Boulder City is currently the favorite to win the Nevada 3A state championship next weekend.