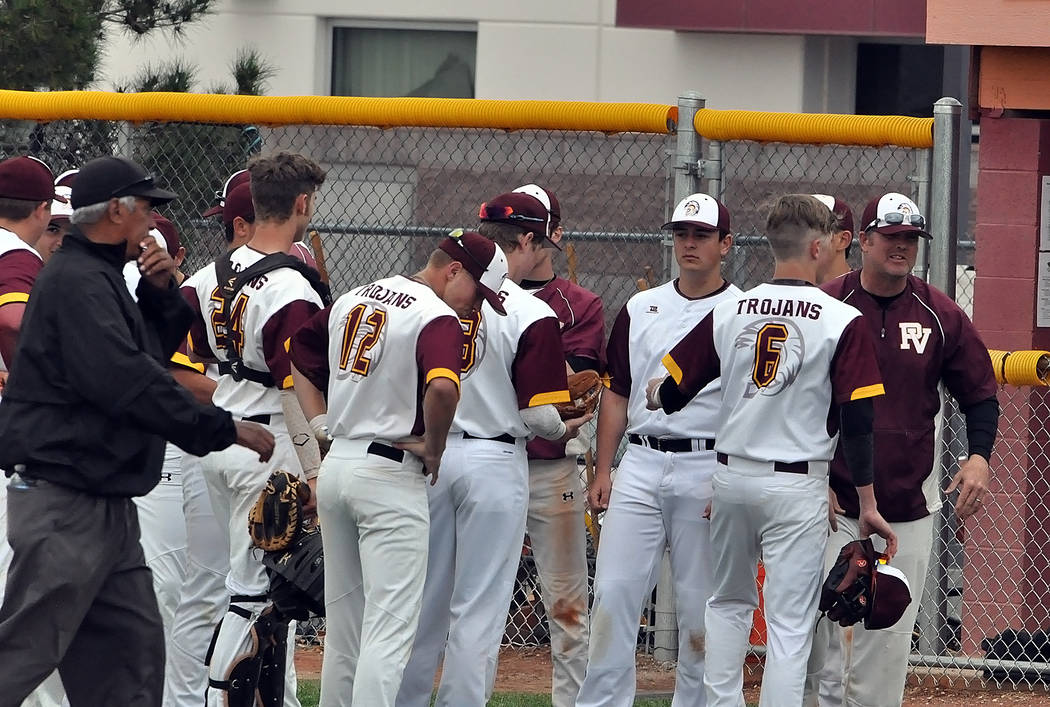 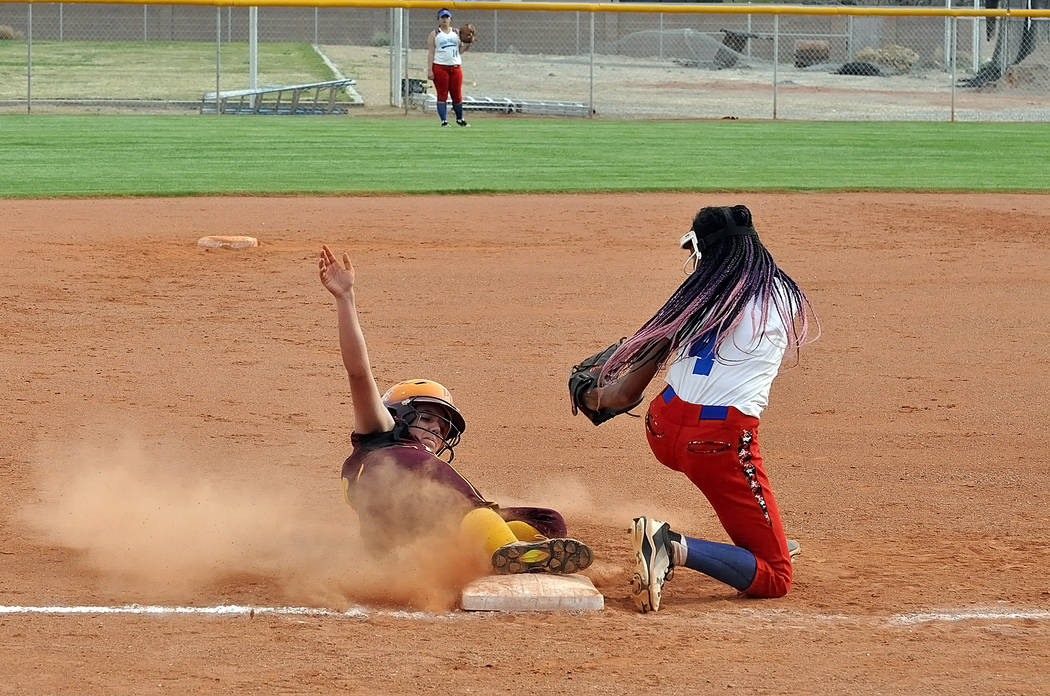 Jake Riding tossed a 2-hitter to lead the Pahrump Valley High School baseball team to an 11-1 victory over Valley on Monday in a Class 3A Sunset League game in Pahrump.

Senior Tyler Floyd went 2-for-3 with 2 RBIs and 2 runs while Joey Koenig had three hits, including a double, drove in a run and scored twice for the Trojans, who erupted for eight runs in the bottom of the fourth.

On Saturday, Cyle Havel went 2-for-4 with two doubles and four RBIs, Koenig went 3-for-4, and Millette was 2-for-4 with 3 runs, but the Trojans gave up a two-out, two-run double in the bottom of the sixth that gave Green Valley (6-6) a 7-6 win over the Trojans.

On Thursday, the Trojans gave Democracy Prep a rude welcome to Class 3A baseball with a 20-0 rout. Lucas homered, doubled and drove in 5 runs in the three-inning victory.

Natalie Waugh-Magana had 3 hits and 4 RBIs, while Jackie Stobbe contributed 3 hits, including a home run, and 3 RBIs as the Pahrump Valley softball team pounded Valley 28-5 in three innings.

On Saturday, Kareena Nelson went 2-for-3 with a run and an RBI, but the Trojans dropped an 11-2 decision to Green Valley in Henderson.

Nicky Velasquez went 2-for-3 with four RBIs, and Nelson was 3-for-3 with a double for Pahrump.

Senior Chance Farnsworth placed second in the boys high jump, clearing a personal-best 6 feet, 4 inches. That stands as the top mark in the state among Class 3A athletes. Junior Grant Odegard placed eighth in the pole vault at 11-6, and his earlier mark of 12-0 at a Pahrump Valley Weekday is also the state’s best.

On the girls side, junior Kylie Stritenberger took seventh in the shot put (31-6.5), her top mark of the season. Sophomore Taylor Williamson’s 7-0 pole vault effort was good for eighth place, while senior Elaina Dattilio finished ninth in the high jump at 4-6.

“We also had several season record marks and times from our athletes,” Pahrump Valley coach Fred Schmidt said. “They appear to be following the plan and starting their upward trend in performances.”

Senior Dee Brown’s 33-9.5 distance in the boys triple jump was a personal best, as was Arianna Hamilton’s time of 19.40 seconds in the 100-meter hurdles.

“Patricia Roundy went to the track meet as a number-three alternate to the field of 32 in the 400 meters and 36 in the 800 meters,” Schmidt said. “She was called upon to compete in both events and set a new PR in both events.”

The Trojans hosted the third Sunset League match of the season March 27 at Mountain Falls, and the results were predictable: Western’s Jared Smith was outstanding again, firing a 2-under 70, and the next four spots were all held by Pahrump Valley golfers.

Kasey Dilger (87) and Koby Lindberg (88) paced the Trojans, as Dilger recorded one of only two birdies by Pahrump Valley golfers while parring eight of 18 holes while Lindberg parred seven holes, including three of the first four.

Trevyn Wombaker finished fourth with a 93, and Caleb Sproul took fifth at 95. Sproul was especially strong on the front nine, making the turn at 7 over, a shot behind Dilger and even with Lindberg.

With the top four golfers for each team counting in the scoring, Pahrump Valley crushed Western, shooting a 75-over 363 to beat the Warriors by 73 strokes.