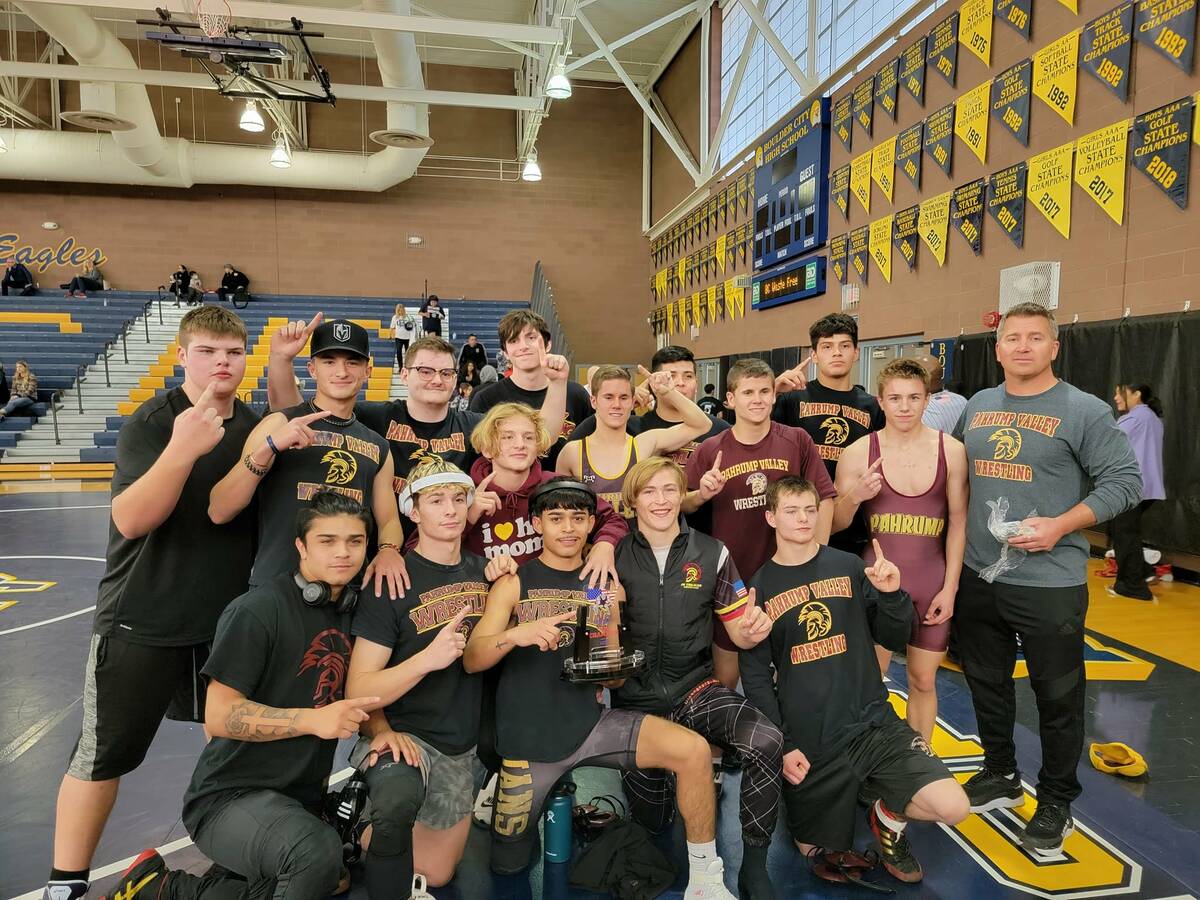 The Trojans started off the season by winning the Boulder City duals team competition in November. Since then, the team has compiled a 15-3 record.

The team has performed well, Trojans’ head coach Craig Rieger said, but they still need to continue getting better throughout the season.

Over the weekend, the Pahrump Valley wrestlers took part in the Growler Invitational tournament held at Virgin Valley High School.

On Friday, the Trojans had two team duals.

In the first dual, Pahrump came out victorious over the Palo Verde Panthers by a score of 63-17. Following the matchup against Palo, the Trojans faced off against the Spring Valley Grizzlies.

This dual was a much closer match. The Trojans came away with the win by a score of 42-40 and swept the team duals.

Pahrump Valley had six wrestlers finish in the top three for their weight classes.

Sophomore Gunner Cortez was one of three weight class champions for the Trojans, along with sophomore Brennan Benedict and Colby Tillery.

Senior Henry Amaya was the only Trojan wrestler to come away with a third place finish in the individual tournament. He participated in the 152 pound division.

The Trojans will be taking a break for the holidays. Their next competition will take place on Wednesday, Jan. 5, when they travel to Valley High School. At that duel, they’ll be competing against the Sunrise Mountain Miners, the Valley Vikings and the Virgin Valley Bulldogs.

The competition starts at 4 p.m.