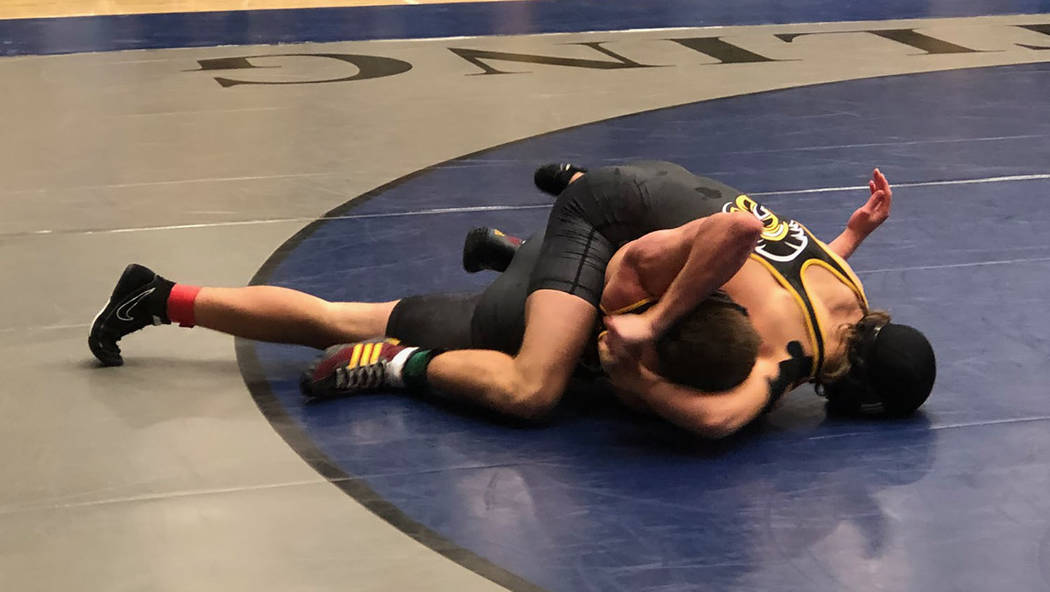 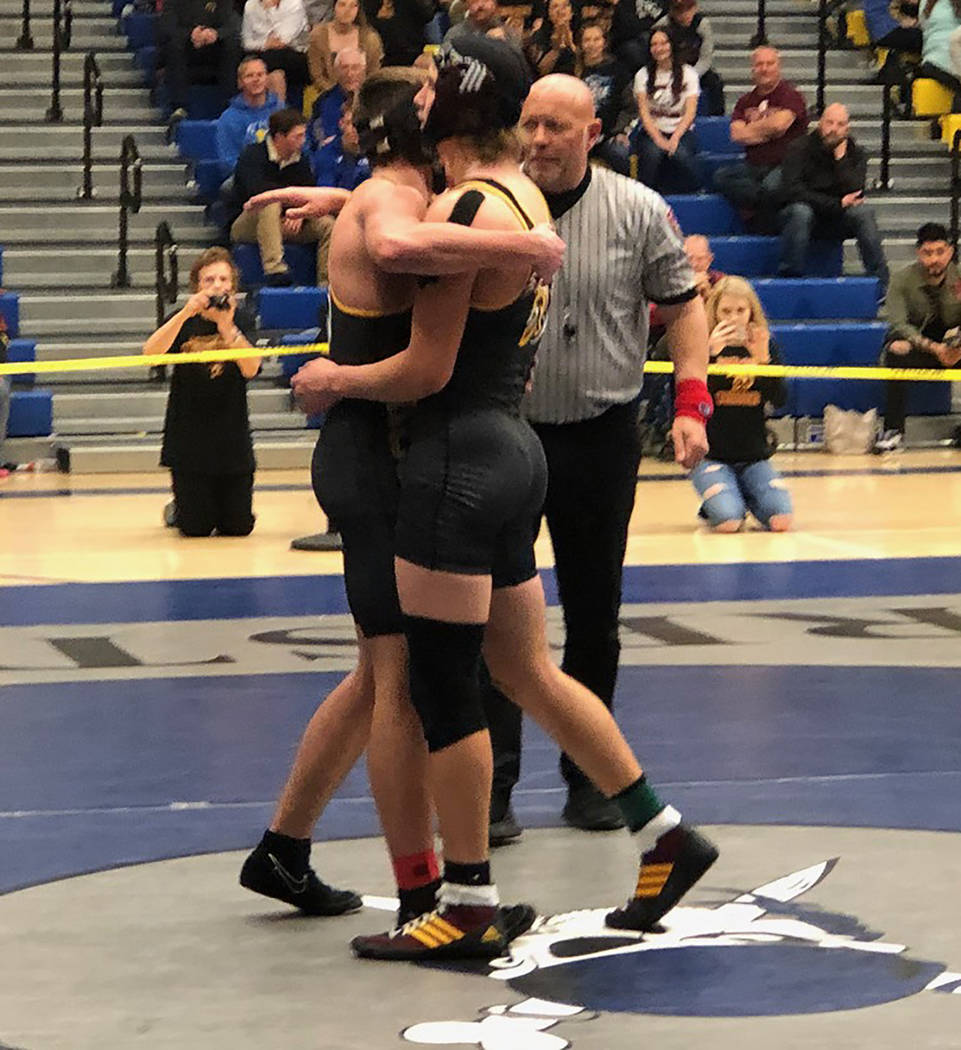 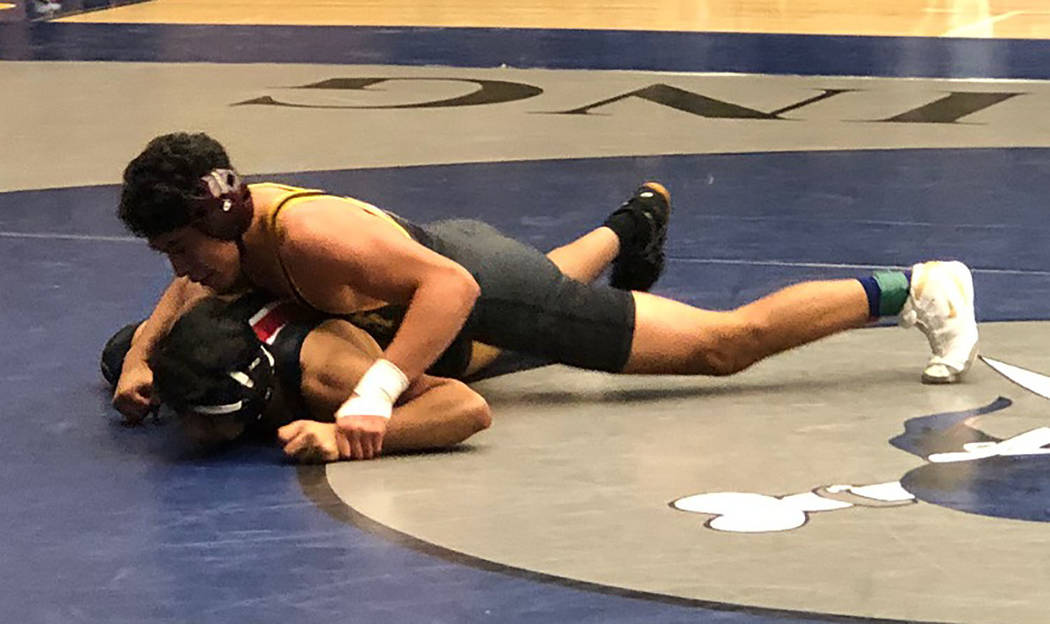 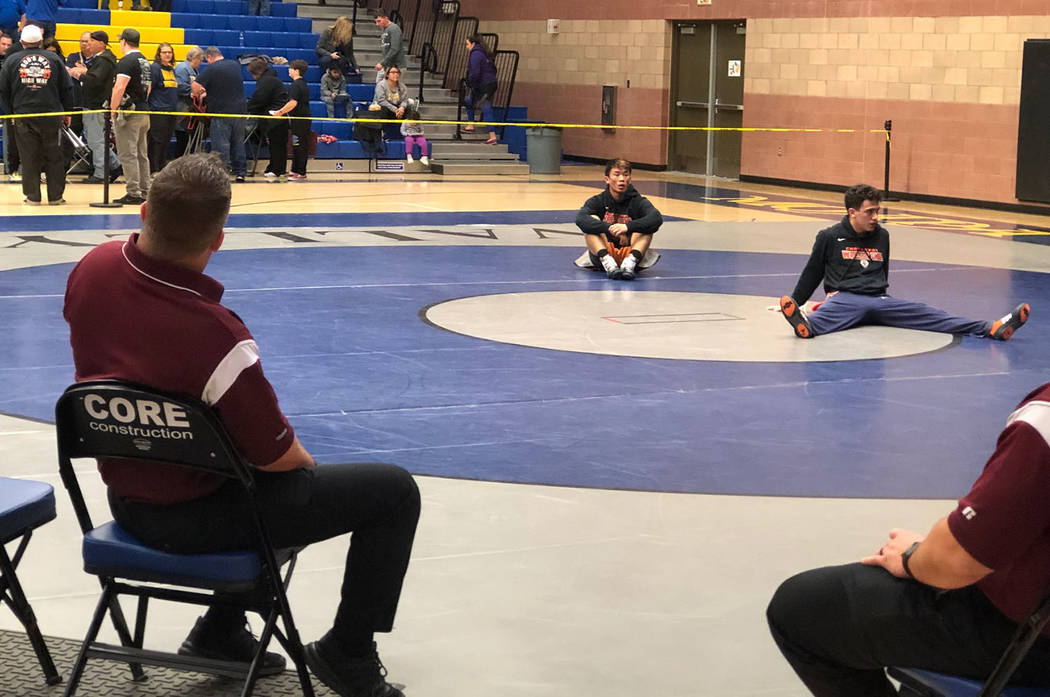 From the moment it was clear Dylan Wright was going to go down and wrestle at 160 during the postseason, a matchup with teammate Tristan Maughan seemed inevitable.

There were no guarantees, of course, and talented wrestlers could get in the way, but chances were the two would meet at least once, and possibly twice.

One down, maybe one more to go.

Wright and Maughan met in the 160-pound final Saturday at the Class 3A Southern Region Championships, and if it wasn’t a classic it definitely had its moments. In the end, the favored Wright pocketed a 15-8 decision and the region title.

“Tristan is a hard opponent,” said Wright, a sophomore who finished second in the regions at 145 last year. “He definitely made me work for it. I was expecting a little bit less.”

Maughan saw his best chance to beat Wright was trying to wear him down. After all, few opponents have made it out of the first period against him.

“I had a shot at winning,” said Maughan, the runner-up at 152 a year ago. “It went as well as it could have. I was trying to wear him down.”

Most of the action in the bout came during the second period, which opened with Wright holding a 4-0 lead. Wright made it 6-0 with a takedown, but Maughan escaped, recorded a takedown and briefly had Wright in some trouble. But Wright put together an escape, a takedown and three near-fall points to regain control of the match before Maughan rallied to close within 12-6 at the end of two.

“That’s how they go in practice,” Pahrump Valley coach Craig Rieger said. “Tristan is simply a hard-working grinder. Dylan has some big throws, and he has a great feel for it.”

Maughan said success with his shots kept him in the bout.

“I took double-legs,” he said. “When he was getting tired his defense against them wasn’t very good. He normally can block my doubles, but he was getting tired. During the second and third period I took a couple of shots and got them, for the most part.”

Wright did appear a bit tired, but with a healthy lead he only needed to avoid mistakes to win the title. Starting the third in neutral, he again scored the first takedown of a period, but with just under a minute left, Maughan earned a reversal and made one final push. But Wright held him off, finally getting an escape with 15 seconds left to forge the final 15-8 score. The two embraced after the bout.

Would Wright have preferred not to face a teammate with a region championship on the line?

“I would and I wouldn’t at the same time,” he said. “You wrestle someone you wrestle every day, and we know each other’s moves and how to counter them. But with a teammate, you don’t want to hurt him. Not that we try to hurt anybody, but you think about it when it’s a teammate.”

By the time Wright and Maughan went at it, the Trojans already had crowned a region champion, as Isaak Cruz took home the title at 145. The senior had a bye in Friday night’s quarterfinals, then cruised to a 13-2 major decision over junior Ayden Fradella of Boulder City in the semifinals before putting together a rather mundane 4-0 win over junior Juan Vargas of Western in the final.

“It was kind of a slow match,” Cruz acknowledged. “I was just too excited, kind of scared, too. Even though I’ve beaten him before, it will still get to you sometimes.”

In fact, Cruz had beaten him very recently, pinning Vargas in 5:22 on Senior Night in Pahrump, when the Trojans clinched the Sunset League title. Cruz trailed 3-0 after two periods that night but dominated the third before getting the fall. Vargas, it seemed, had taken a few lessons from that.

“I felt like he wrestled a lot better,” Cruz said of Vargas. “I was trying to run what I did last time. I should have changed some things up, but it is what it is.”

And what it is, is a region championship for a wrestler who placed fourth at 132 a year ago before making a quick exit from the state tournament.

“All my hard work is finally paying off,” Cruz said. “It feels good.”