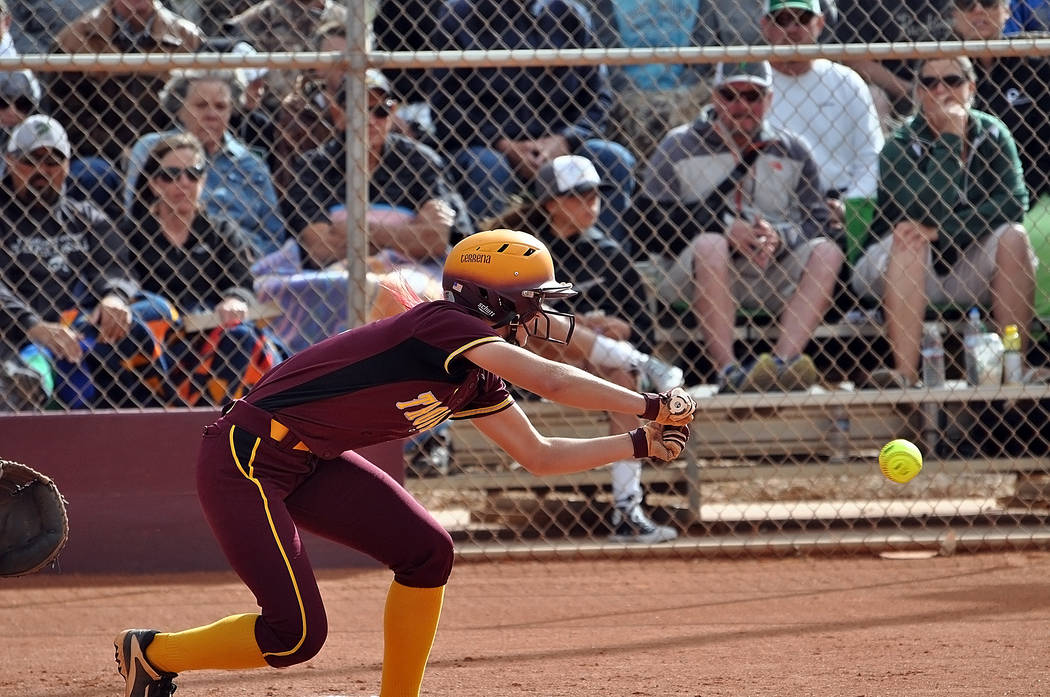 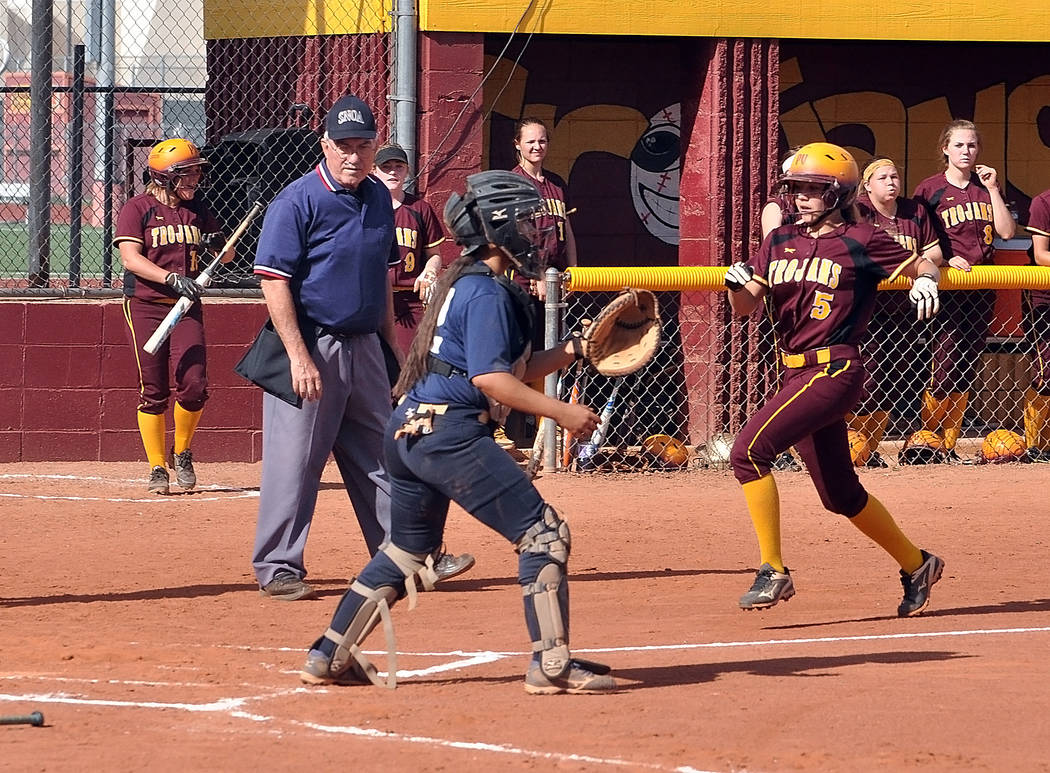 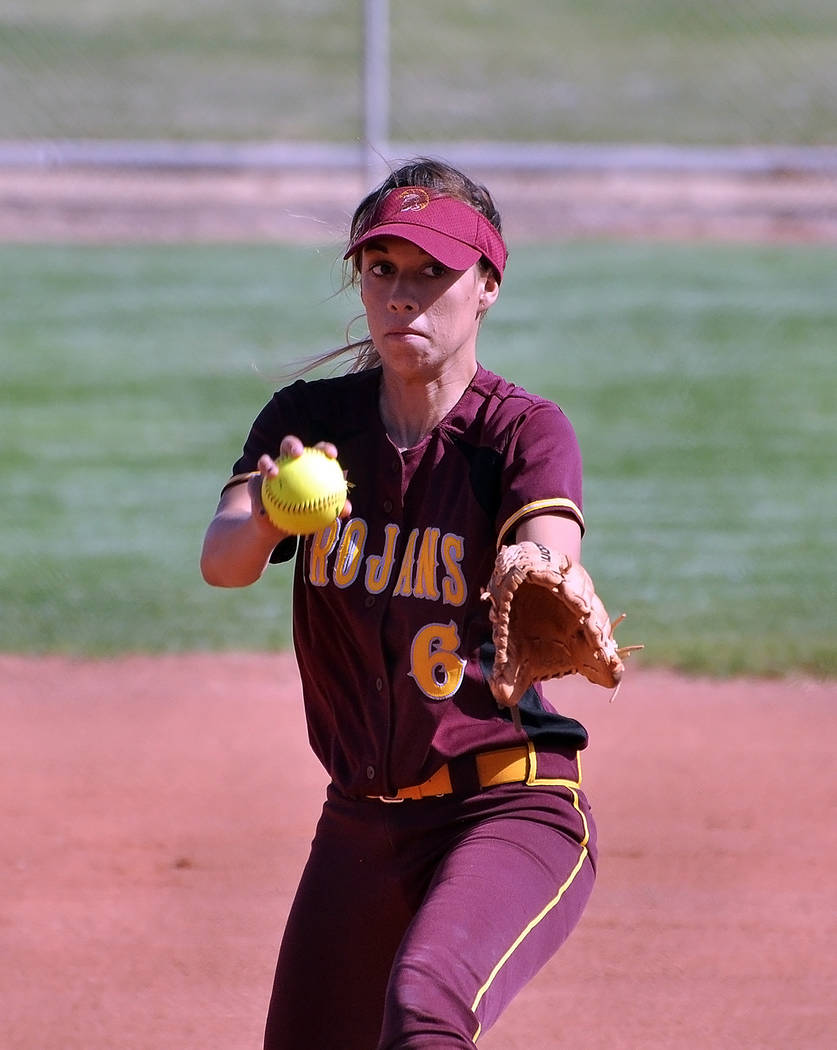 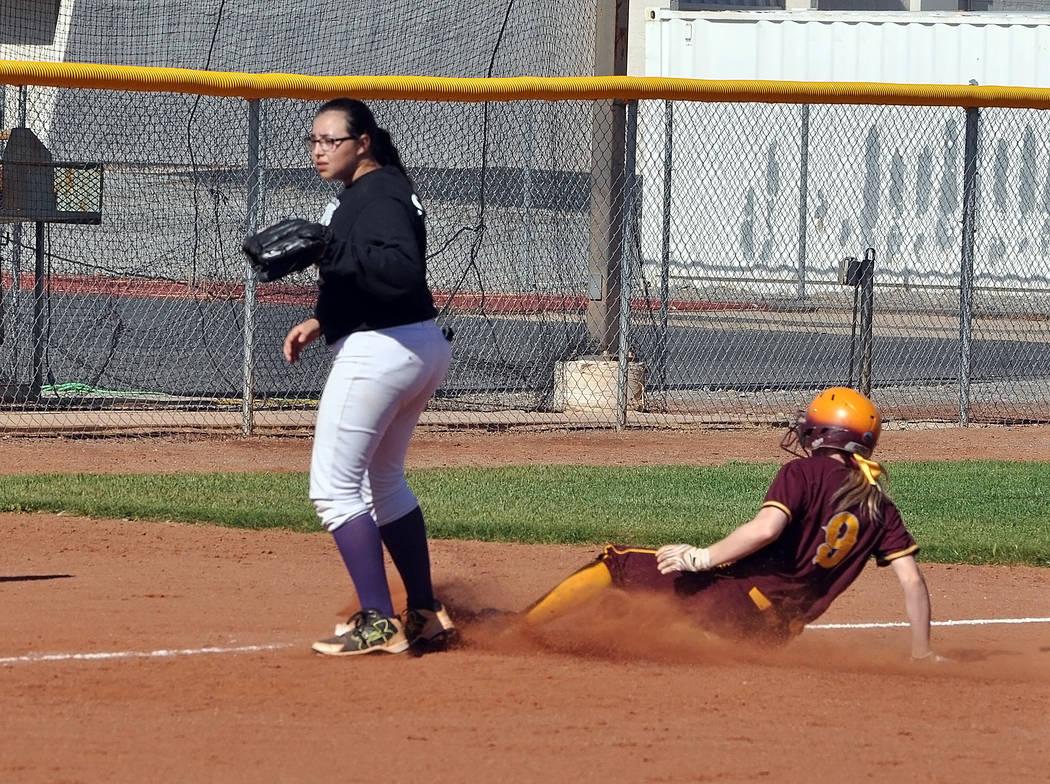 How good was the Pahrump Valley High School softball team this year? So good that 13 Trojans were named All-Sunset League on either the first team, second team or honorable mention.

It should be noted that only 10 players are in the lineup at one time, but more than 10 Trojans saw enough playing time to impress league coaches as they went 26-12 overall, 10-0 in the Sunset and made a return trip to the Class 3A state tournament.

That performance earned notice outside the Sunset League, especially for sophomore second baseman Skyler Lauver, who was voted first-team all-state by Class 3A coaches.

“Skyler was one of our most consistent batters,” Pahrump Valley coach Eli Armendariz said. “We can always count on her in a tough situation to somehow come through.”

Lauver led the team in batting with a .575 average. She finished with a .795 slugging percentage and .603 on-base percentage. A couple of home runs and eight doubles helped her drive in 35 runs.

“To me, she seemed bigger and stronger this year,” Armendariz said. “She’s got a lot of energy. There’s no quit in her.”

Joining Lauver on the Class 3A all-state team were second-team selections Amaya Mendoza and Evandy Murphy, both seniors. Mendoza was the Trojans’ ace, pitching to a .946 earned-run average in 67-plus innings.

“Confidence-wise, she’s improved by leaps and bounds since she was a freshman,” Armendariz said. “She’s another one who never wanted to give up the ball.

“I think it’s her mental attitude. She just goes out there, puts it in her spot, and if they hit it she expects the defense to play the ball.”

As solid as Mendoza was in the circle, she was a force at the plate as well. She hit .509 with a .755 slugging percentage and a .612 on-base percentage. She drove in 25 runs, playing first base when she wasn’t pitching.

“She’s excellent at first base, too,” Armendariz said. “She was our No. 4 hitter. She previously was No. 5 and had no problem moving up to No. 4.”

Left fielder Murphy also was constantly on base for Pahrump Valley, hitting .525, slugging .689 and finishing with a .580 on-base percentage.

“She’s another kid with a whole bunch of energy and absolutely no quit whatsoever,” Armendariz said. “Hitting-wise she improved so much. She was our No. 7 and moved up to be our No. 2 most of the year.”

She was also part of an outstanding defensive outfield.

“She was excellent,” said Armendariz, whose team has won back-to-back Sunset championships and has been in the postseason five of the past six seasons. “She would go after every ball she could possibly get.”

After steamrolling through the Sunset League with 10 mercy-rule victories, the Trojans lost to Boulder City in their second Southern Region Tournament game. They rebounded to win three consecutive games against Virgin Valley, Mojave and Moapa Valley by a combined score of 43-14 to lock up a state tournament spot, although they did lose to Boulder City in the regional final.

The second consecutive trip to states did not go smoothly with losses to Churchill County (12-2) and Lowry (8-0), but with a league title, a region runner-up finish and a berth in the state tournament, the season was a success.

The future looks pretty good, too. While Mendoza and Murphy graduate, along with honorable mention all-league pick Kathy Niles and Alyvia Briscoe, the bulk of the team returns. Plus, Armendariz’s habit of using multiple pitchers, often in the same game, means the Trojans will have experience in the circle when the 2019 season begins.

Not that anyone is in a hurry to forget about the accomplishments of 2018.

“They played well together,” Armendariz said. “They responded well to situations. I have no complaints, and I’m looking forward to next year.”