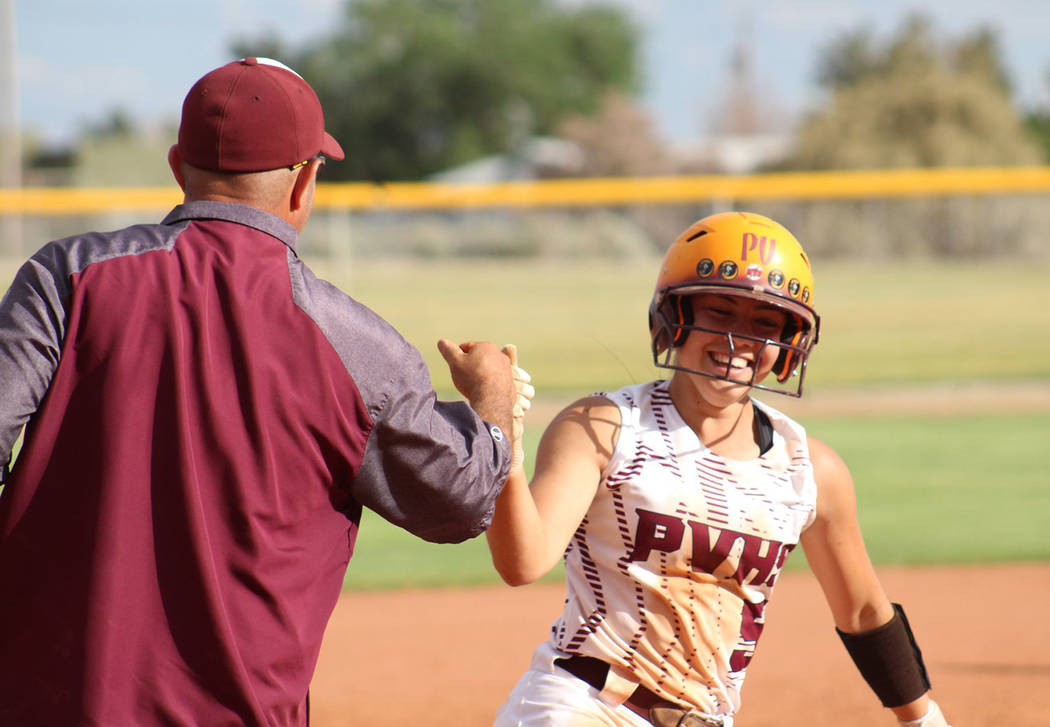 Cassondra Lauver/Special to the Pahrump Valley Times Pahrump Valley junior Skyler Lauver has been named the Class 3A Southern Region Player of the Year after leading the Trojans in batting (.578), runs (63), singles (52) and triples (10). 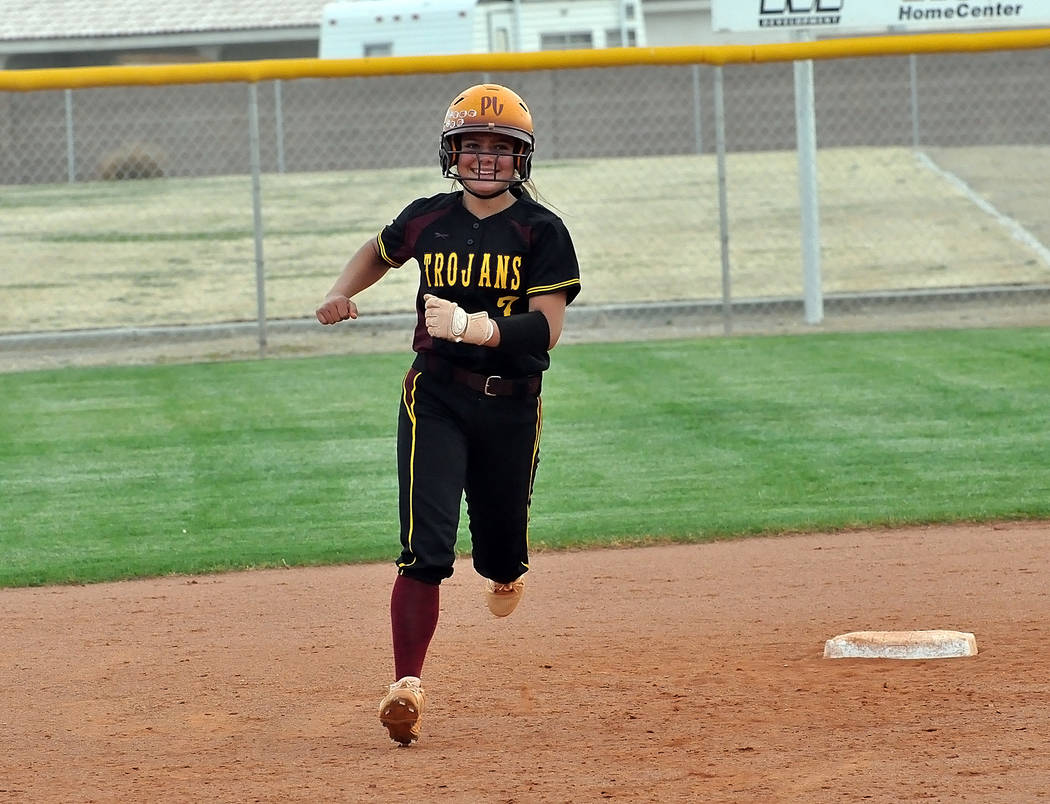 Pahrump Valley High School senior Jackie Stobbe and juniors Skyler Lauver and Ally Rily have been named first-team all-state in Class 3A by a vote of coaches.

Cassondra Lauver was named Class 3A Coach of the Year after the Trojans went 30-11 and won the state championship in her first season. She also won region and league coaching honors.

Skyler Lauver was voted the region’s player of the year, an award she shared with Rily in the Sunset League. She led the Trojans in batting (.578), runs (63), singles (52) and triples (10) while hitting 3 home runs and totaling 49 RBIs. Lauver compiled an on-base percentage of .561 and slugged .875.

Egan, a freshman catcher, led the team in doubles with 16 and added 4 home runs, 31 runs and 38 RBIs. She matched Rily by walking 18 times with only 5 strikeouts.

The Trojans finished 30-11, winning the Class 3A state title, the Class 3A Southern Region Tournament and the regular-season Sunset League crown.