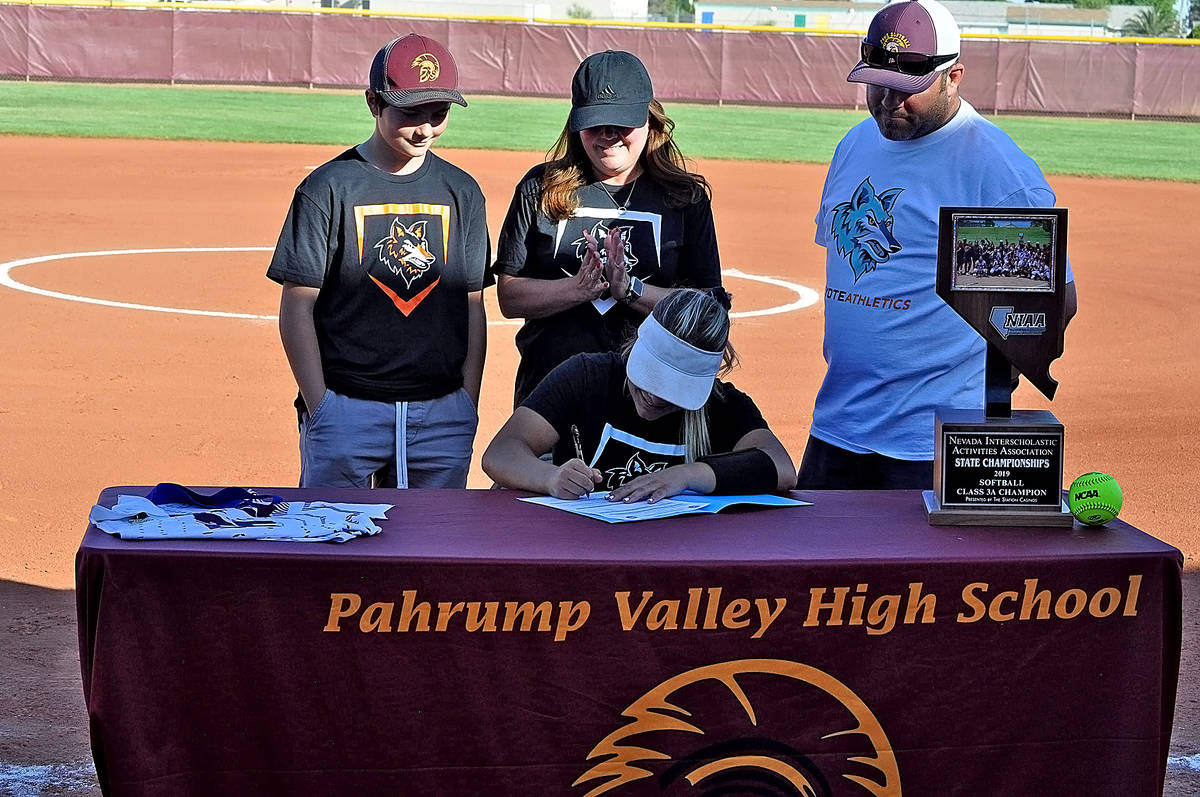 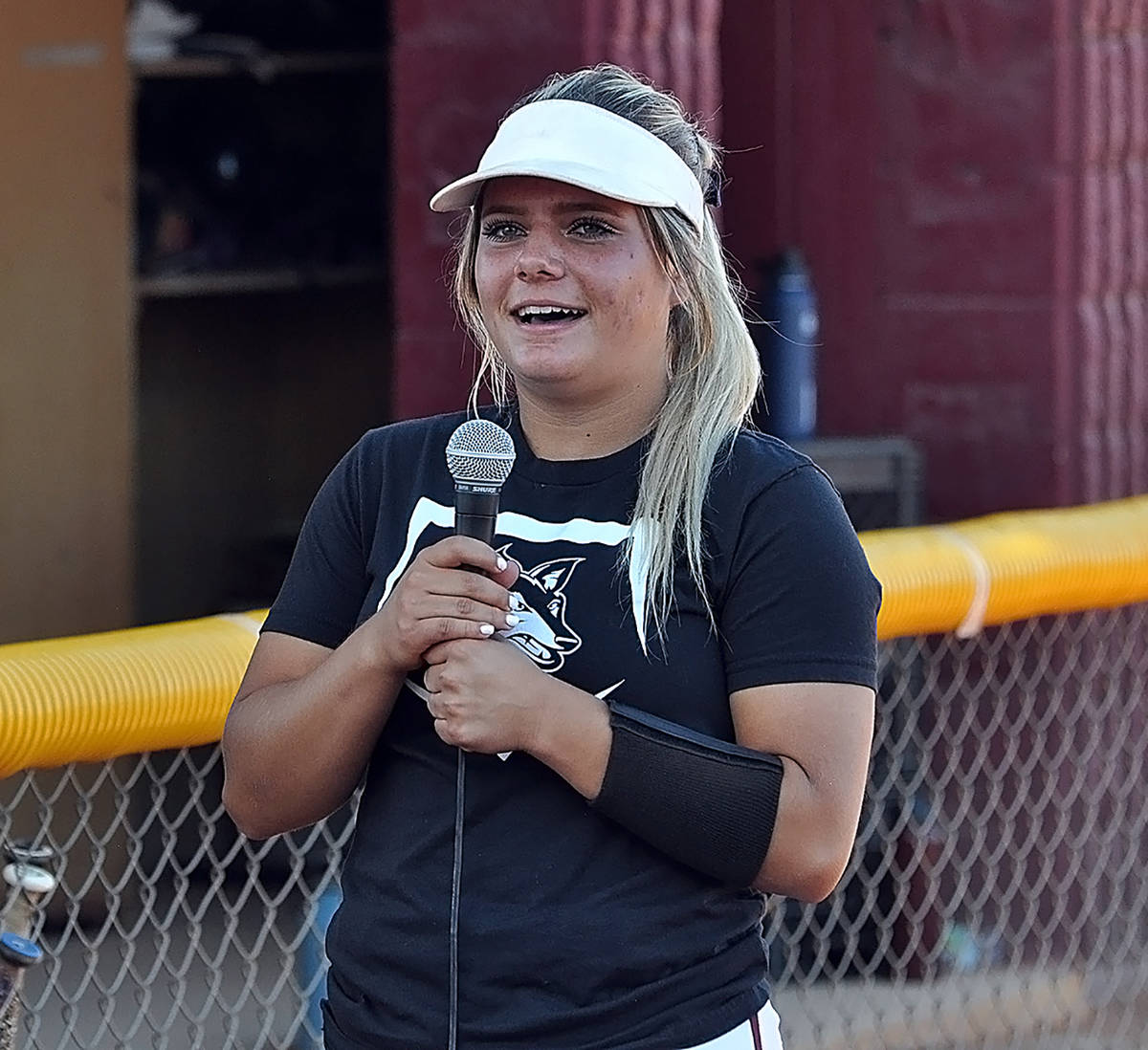 Horace Langford Jr./Pahrump Valley Times Ally Rily speaks to teammates and fans after signing her letter of intent to play softball at Chandler Gilbert Community College in Arizona on Tuesday at Floyd Field.

When it came to playing a sport in college, Ally Rily had more options than many student-athletes. It wasn’t because she had hundreds of schools after her as much as it was because she could have played more than one sport at the next level.

“I was talking to several schools for soccer, initially,” the Pahrump Valley High School senior said. “I went back to my first day of preseason for softball, and I instantly was like, I’m going to regret it forever if I don’t play softball in college.”

“Yes she could have,” Carrington said. “She can play multiple positions on the pitch, including striker. Ally is truly an all-around athlete. It’s impressive to watch her skills in different sports.”

But softball it was going to be, so the next step for Rily, primarily a pitcher and infielder for the Trojans, was to focus on where.

But the one that stood out was Chandler Gilbert Community College, a four-campus, 19,000-student school in the southeast suburbs of Phoenix.

“I had a phone call with one of the assistant coaches. Brittany (Blair), and I instantly fell in love with it,” Rily said. “I love all of their coaches. They have six coaches. When I went to visit all of the girls, we connected instantly. It was really awesome. It’s a really good environment.”

The Coyotes went 14-22 this season, losing their first two games in the double-elimination region tournament. With a team batting average of .359, on-base percentage of .430 and slugging percentage of .524, offense apparently was not the problem.

“They know that I’m a pitcher,” Rily said. “The only positions I for sure won’t play there, I’m assuming, are catcher and first. I’m too small for first, and I just don’t catch. I’m pretty sure I’m going to end up pitching.”

Pahrump Valley softball coach Cassondra Lauver has known Rily for a long time, back to when she and Shane Rily coached their daughters when they were 7 years old. Then, Rily played for Cassondra and Rich Lauver on their Pretty Vicious travel team, and she played a while with Impact Gold in Las Vegas.

“She’s an athlete,” Cassondra Lauver said. “She’s a determined, strong-willed, strong-minded, physically strong athlete. She can take constructive criticism and build herself up with that.

“She’s not afraid to lay it all out there, give it her all, be the best she can absolutely be. Her confidence is a big tool for her, and she knows what she’s capable of. She’s a great hitter. She’s going to take all of the tools she’s developed over the 12 years she’s been playing this game and utilize that. She’s going to be a great asset to Chandler Gilbert.”

And when she’s not being a great asset to Chandler Gilbert, Rily plans to study radiology and criminal justice.

“I’m so happy that I found it because I know I’m going to have the best time ever there,” she said.