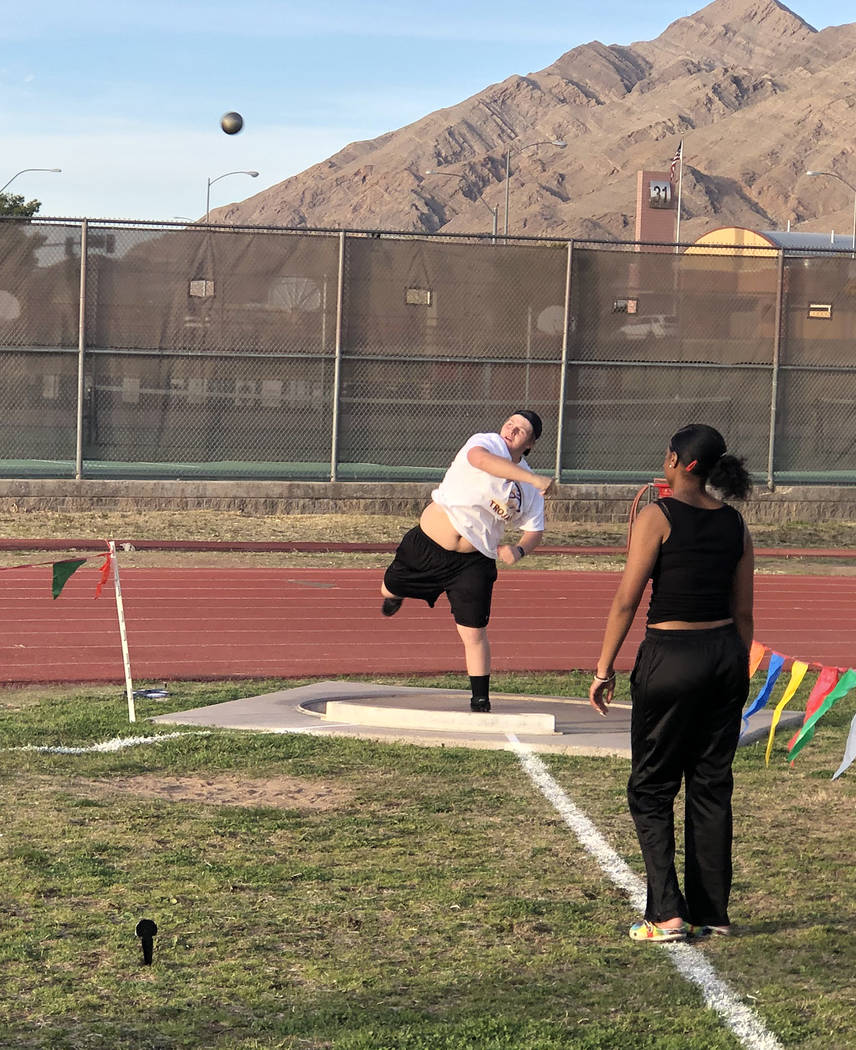 Tom Rysinski/Pahrump Valley Times Pahrump Valley freshman Tannor Hanks uncorks a throw of 33 feet, 8 inches to tie for fourth place in the shot put Thursday during the Newcomers Meet at Las Vegas High School. Hanks also tied for fourth in the discus with a throw of 76-7. 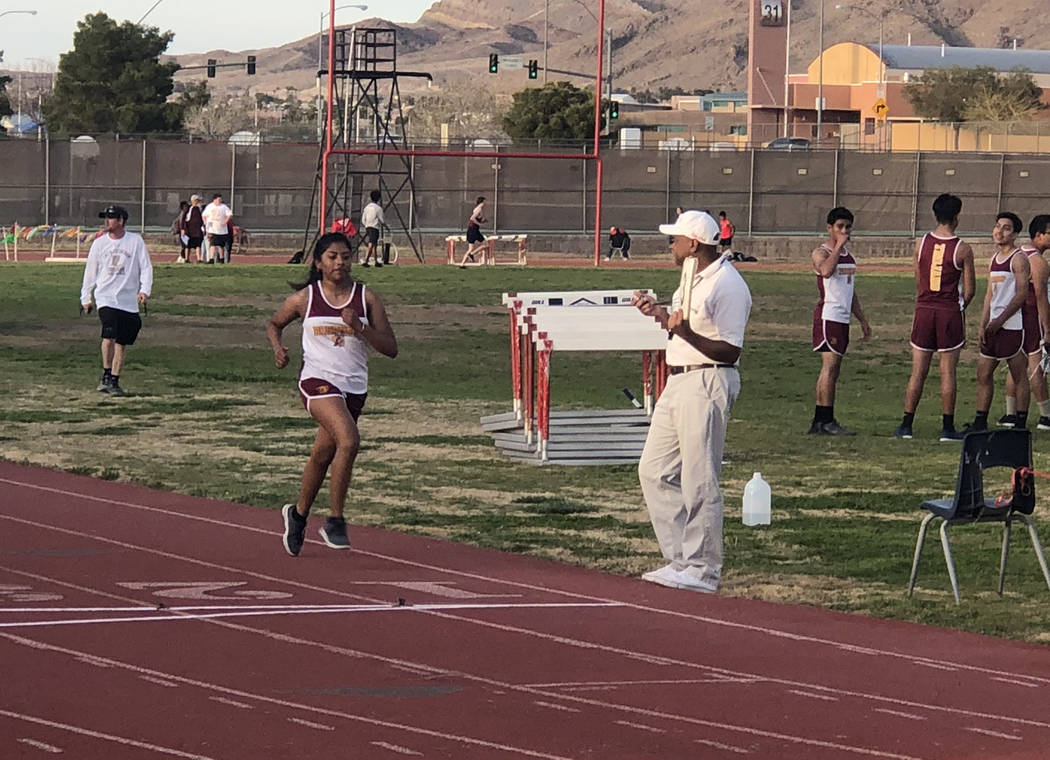 Tom Rysinski/Pahrump Valley Times Freshman Hillary Valencia reaches the halfway point of the 1,600 meters at the Newcomers Meet on Thursday at Las Vegas High School. Valencia finished second in that event in 6 minutes, 45.56 seconds while winning the 800 in 2:51.61.

The meet gives athletes new to high school track and field a taste of competition without having to face more experienced athletes. Trojans coach Fred Schmidt said he brought 33 girls and 28 boys to the meet, and they combined for 25 top-six performances.

Shockley also won one event and placed well in another, with her discus result of 7.87 meters edging the 7.82 effort by Leyah Carvajal of Moapa Valley. She also took sixth in the discus with a throw of 17.52 meters, finishing just ahead of sophomore teammate Josefina Monjaras’ 16.28.

The Trojans did well in the girls discus, as Kaylee Notterman placed fifth (6.55) and Kyeliegh Sherard took sixth (6.45).

Daniel Edghill, Makoa Batongbacal and Tannor Hanks each finished among the top six in two events, with Batongbacal placing in the distances and Hanks in the throws. Edghill placed fifth in the 100 meters (12.23) and second in the high jump (1.72).

The Trojans scored 25.75 points to place fifth in the meet.

Next up for Pahrump Valley will be Saturday’s Dave Butler Memorial-Liberty Invitational. Field events begin at 9 a.m., with track events starting at 10 a.m. at Liberty High School in Henderson.