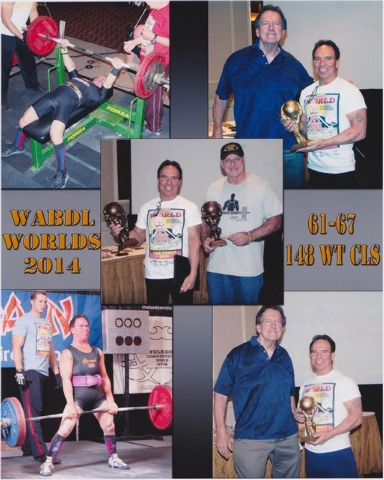 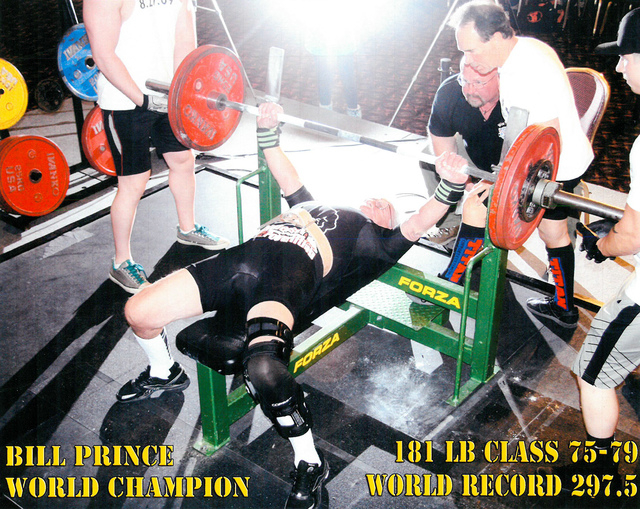 The 2014 World Powerlifting Championships were held on Nov. 23 at Ballys in Las Vegas. The meet attracted 619 lifters from all over the world.

Graves also benched himself into the record books. He pressed 121.6 pounds for a Nevada state record.

Prince also had a good day benching 297.5 pounds for a world record for his division. Gustofson benched 209.4 pounds and the youngest lifter, Daharsh benched 225 pounds.

Miller sold Prince out and said Prince gained too much weight too fast.

“He gained so much weight he had a heart attack and has three stints put in,” Miller said. “Bill likes eating cake and ice cream. He also at the time refused to diet. I remember he had the best workout ever at my gym and he didn’t feel so good and had to go to the hospital. He passed out on the floor and needed surgery for the stints.”

In general, Miller says weightlifting keeps you healthy. Miller is a senior citizen and says since he started lifting weights eight years ago his health has improved. For each meet he trains about eight-10 weeks for a meet and that’s lifting three times a week.

After a bad car accident, where he spent two years in a hospital, he is now in the best shape of his life. For seniors, he says resistance training keeps your muscles from deteriorating.

“Some say weightlifting reverses the aging process,” Miller said. “I don’t like to say that. I say it slows it down. Nothing reverses it. It is scientifically proven to add muscle tissue, bone density and it improves your ligaments, tendons and joints. The way the human body deteriorates, is that you lose muscle tissue, bone density and the joints deteriorate.”

Miller trains at Alien Rage Gym and Prince trains at Custom Health and Fitness. Miller is a certified fitness trainer and is the Nevada state chairman of the Nevada World Association of Benchers and Deadlifters.