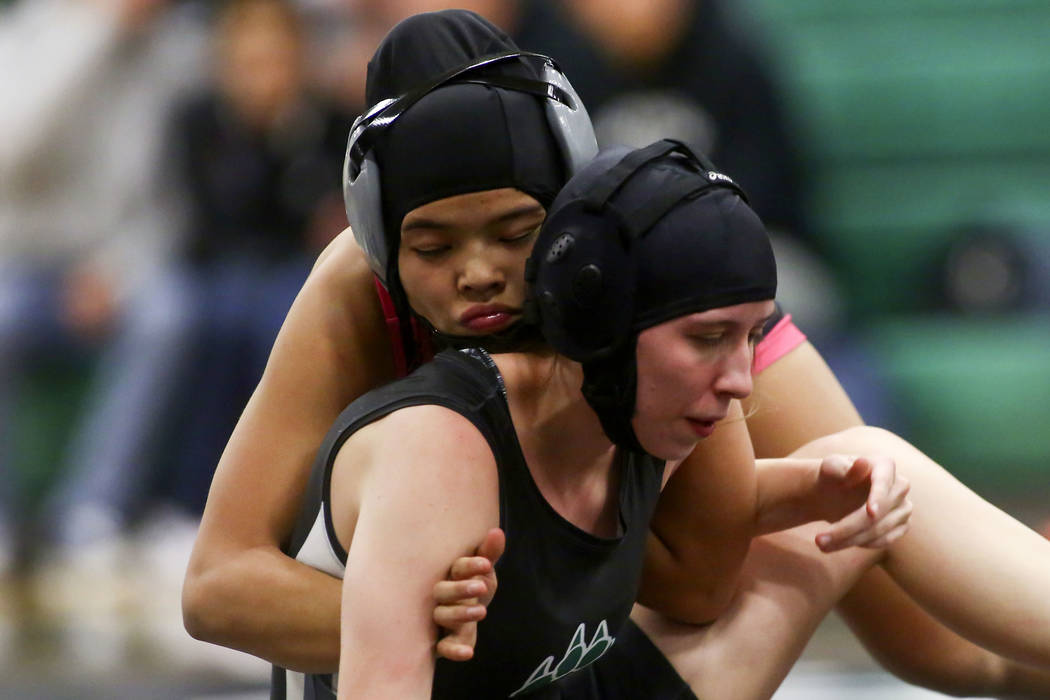 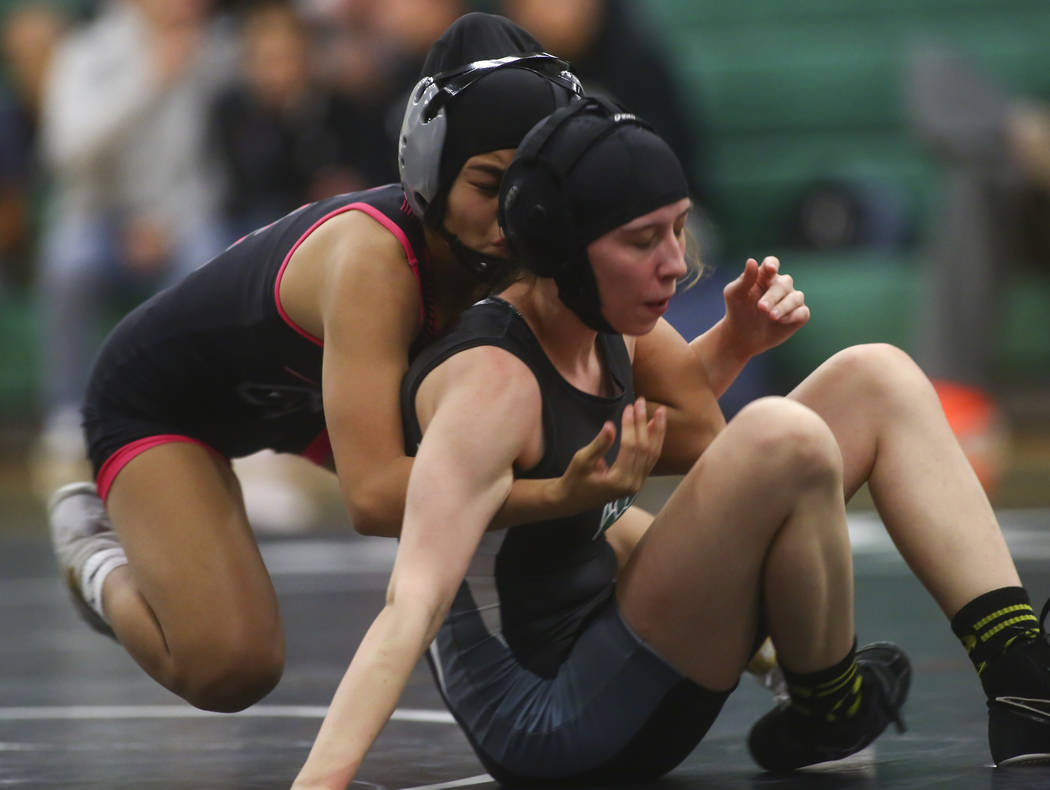 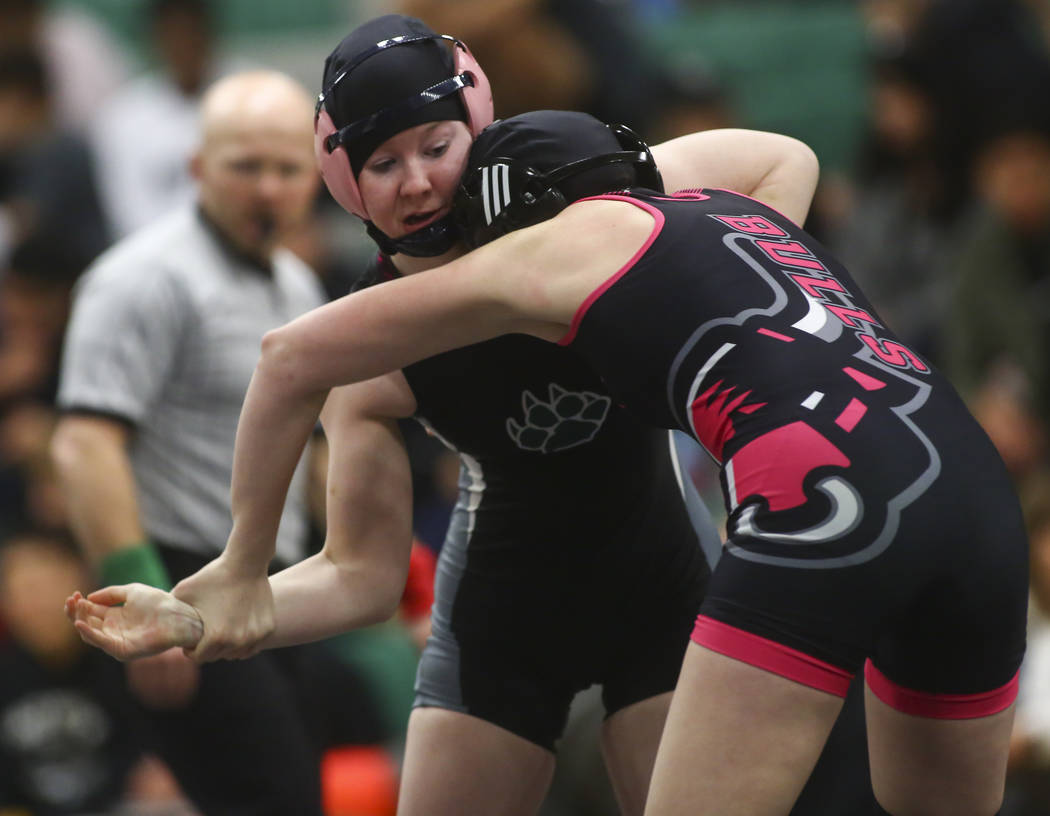 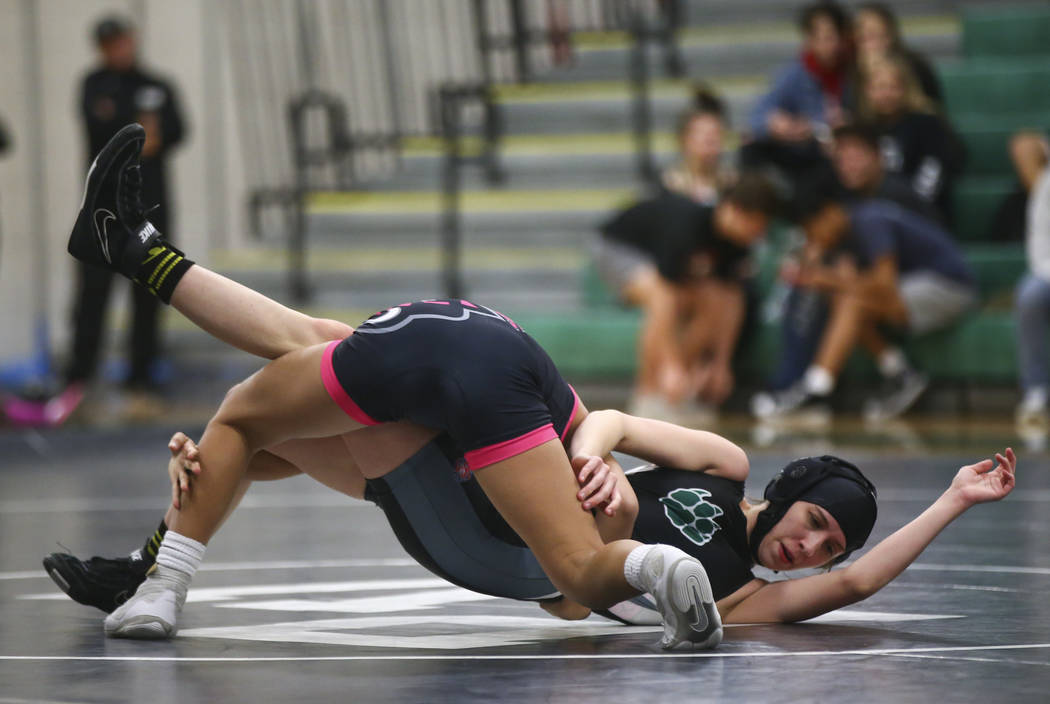 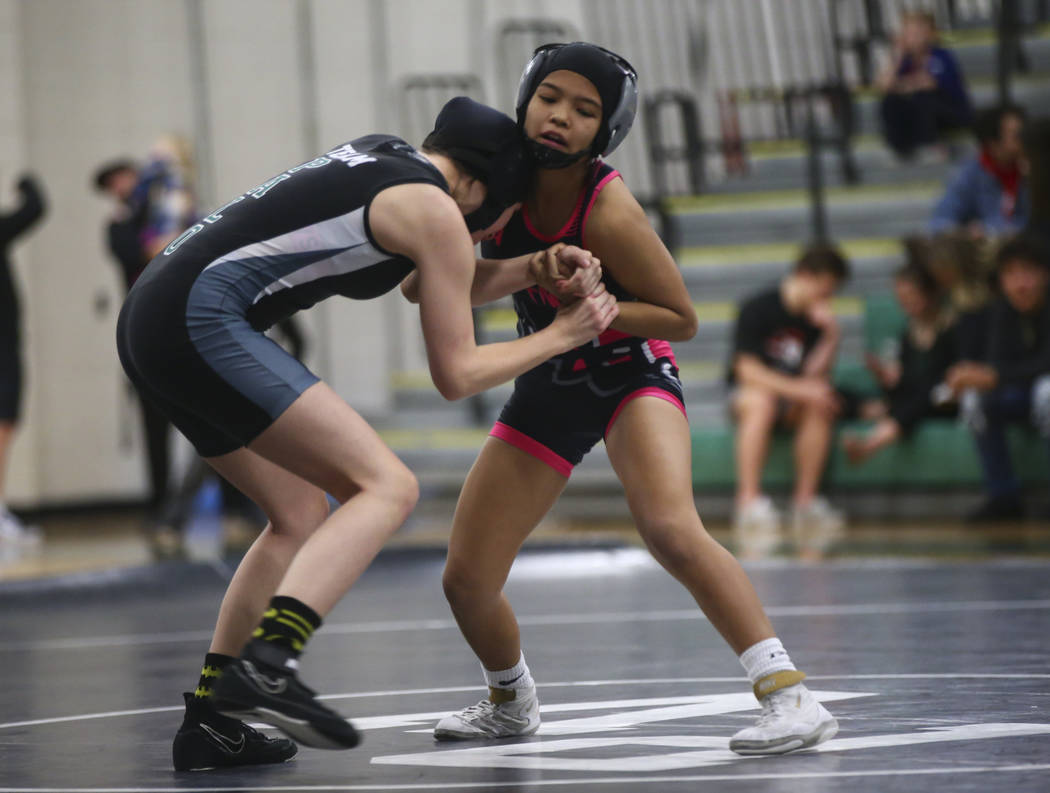 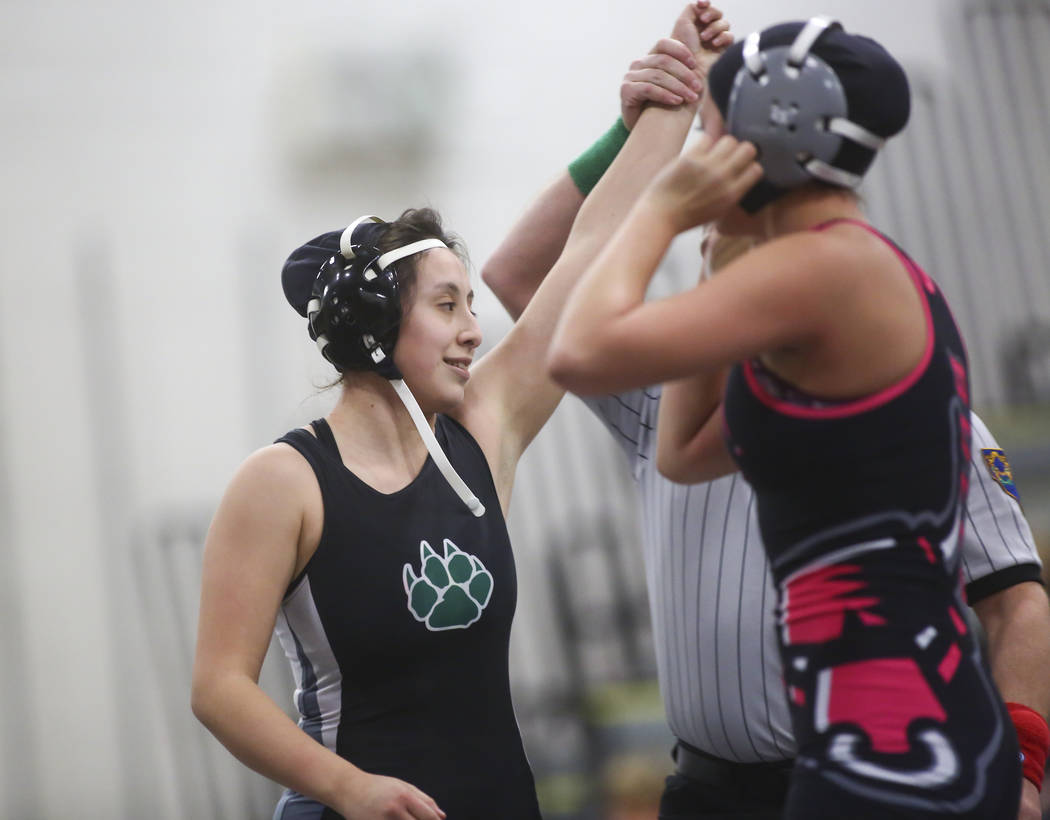 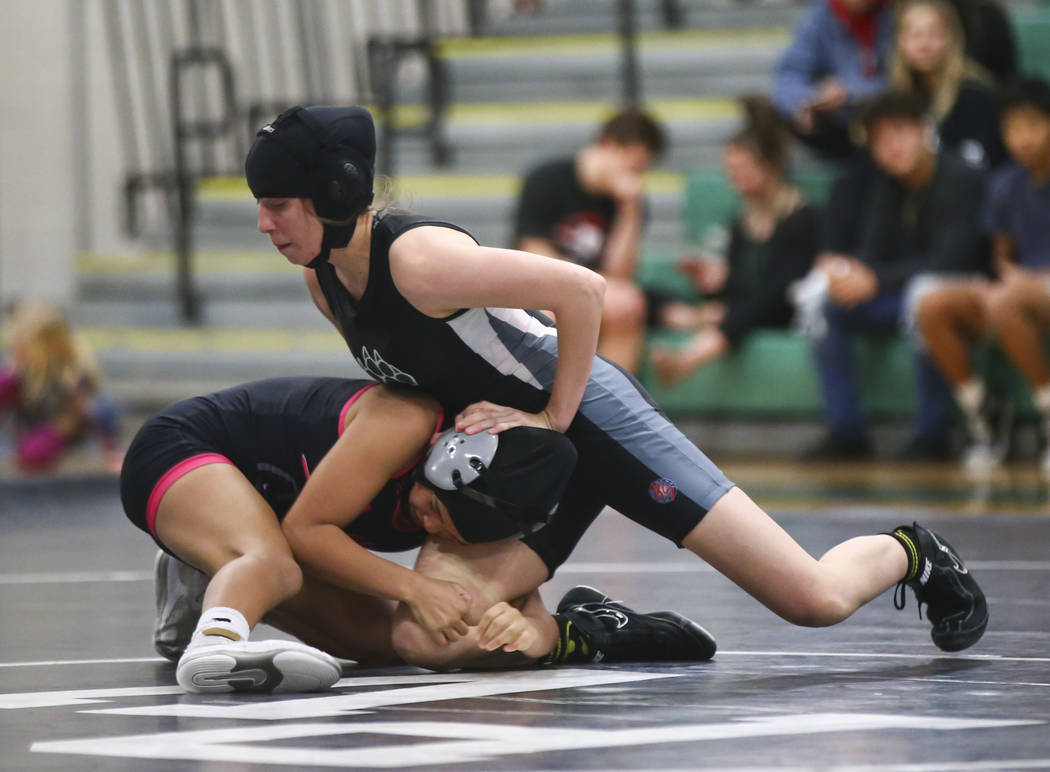 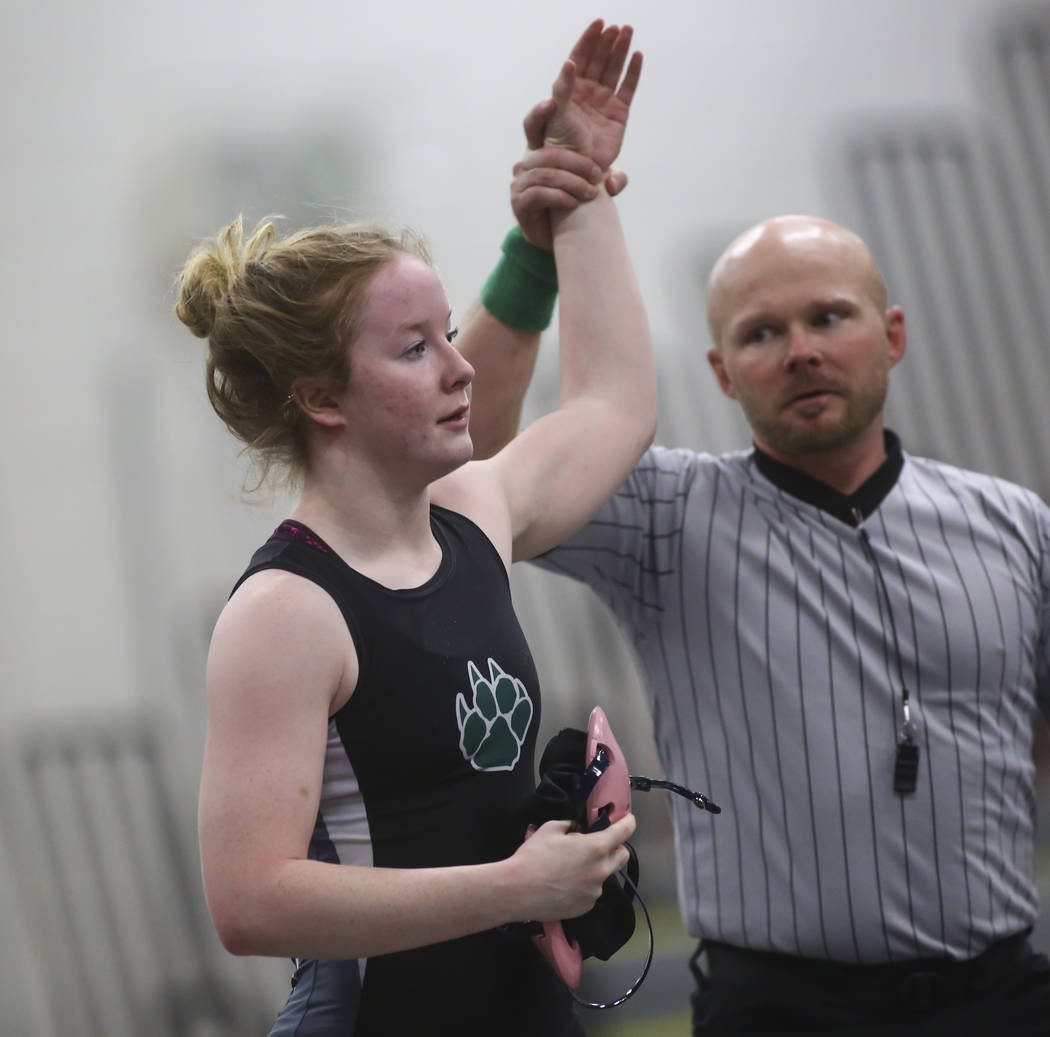 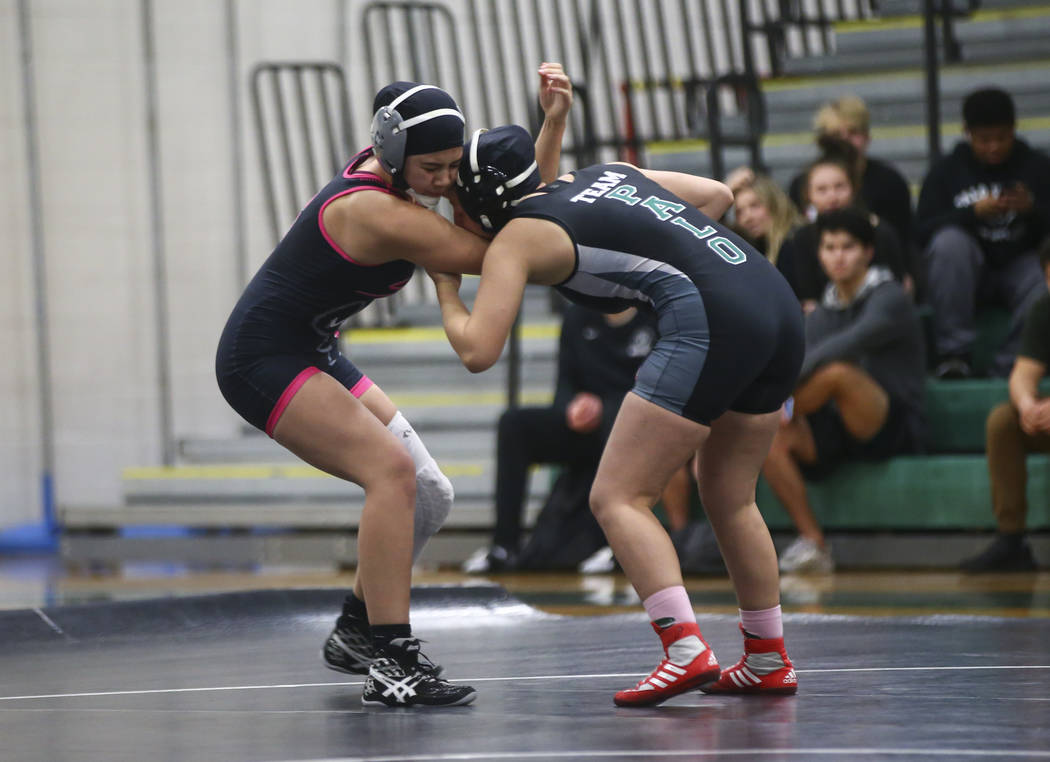 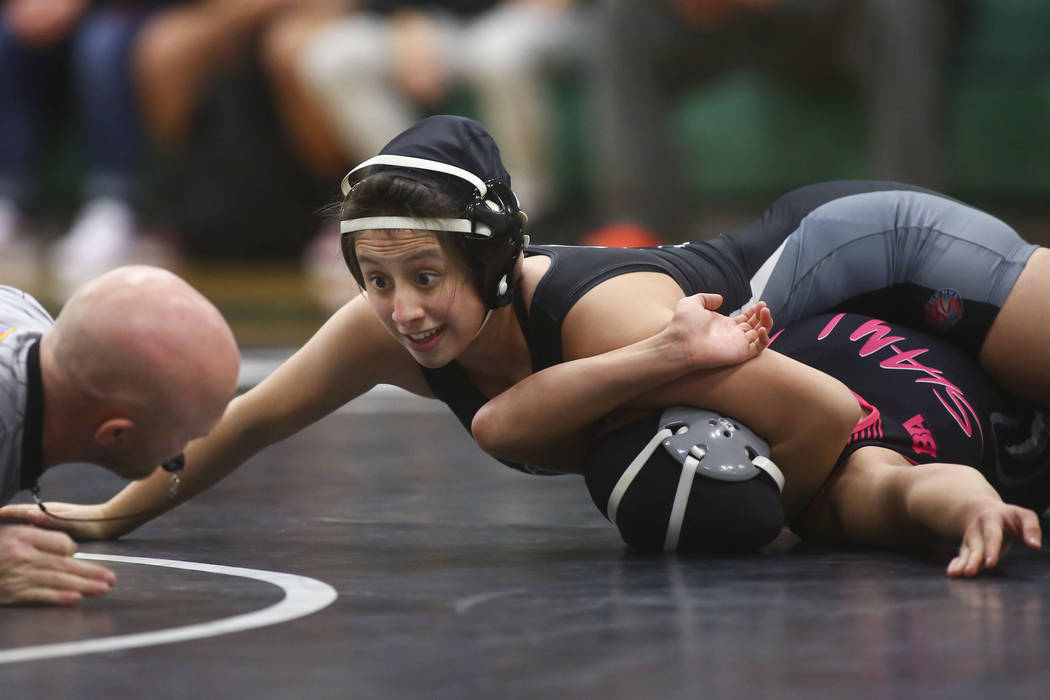 SLAM Academy freshman Sterling Dias has traveled the world in her quest for domination on the wrestling mat.

On Jan. 16, however, she traveled 23 miles west from her school’s campus in Henderson to Palo Verde High School for some not-quite-world-championship-level wrestling.

But wrestling, nonetheless. And history, too.

Against a lineup of girls in Las Vegas.

Dias, the reigning national cadet champion in the 94-pound weight class and United World Wrestling bronze medalist, led the way as the Bulls’ girls wrestling team cruised to a 46-24 victory over the Panthers in the first girls dual meet in state history.

Girls wrestling isn’t sanctioned by the Nevada Interscholastic Activities Association, so the schools’ coaches planned the event as they do for many others, including Palo Verde’s annual girls wrestling tournament and next weekend’s all-state tournament at Clark.

“This has been growing. In our last few years, our numbers are tremendous,” Panthers coach Kevin Pine said. “They’re growing by leaps and bounds, pretty much. This is the first time we’ve had two lineups. It’s taken a few years to get this together.”

Girls wrestling is blossoming across the country and is backed by 14 state athletic associations as a championship sport. Dias started wrestling when she was four through a local club program and remembered few other female participants early in her career.

“When I first started wrestling, there was only me and one other girl,” she said. “Now there’s like, I don’t even know how many.”

Pine knows. He said 146 girls from 44 schools are wrestling across Nevada, a 19 percent increase from the last academic year. SLAM Academy leads the way with 16, followed by Palo Verde with 14 and Sierra Vista with 11.

“It’s incredible,” said Bulls coach Bill Sullivan, who takes his team to tournaments in other states, such as California and Utah. “Kevin (Pine) and I have been talking about this for a long time. Hopefully it’s the first (dual meet) of many. There’s states that have 70 girls that have a state tournament. Why not give these girls the opportunity?”

NIAA assistant director Donnie Nelson said that the association is monitoring girls wrestling and is impressed with its growth in Nevada.

He added that the dual meet was a positive development but that girls wrestling is at least two years from becoming a championship sport.

“What we are gathering is that there’s participation out there right now,” Nelson said. “We’re learning as the season is progressing. … We’re starting to see some numbers that could be some good signs, we think.”