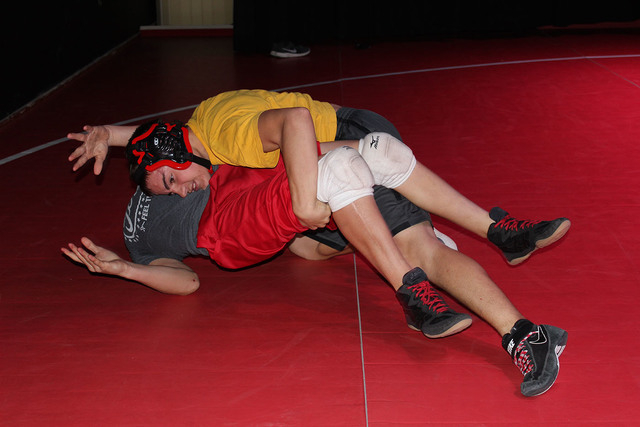 Maxwell Smart from the hit 70s show “Get Smart” used to say, “Missed me by that much.” Well that was how close Beatty was to getting a new wrestling program and coach. All the Hornets needed was someone to come forward and direct the team according to Beatty Athletic Director Bryson Moore.

“We had about 10 come out, but the problem was we just didn’t have someone to coach the team,” Moore said.

Coaching is something the small town has a shortage of. Beatty only has a population of around 1,400 people and so coaches are hard to find.

The last time the Hornets fielded a wrestling team was in 2007 according to Beatty High School. Vern Nelson was the head coach. He retired that year.

Moore also added that some of the wrestlers that would have come out this year had problems with their grades and wouldn’t have been eligible. He hopes that those kids will come out next year and this will give them time to get their grades in order.

Assistant Director of the Nevada Interscholastic Activities Association Donnie Nelson said since Beatty is a member of the NIAA in good standing they could enter a team and that team would be eligible right away since wrestling is an individual sport.

“Sometimes when a team drops a team sport like softball, the team could be penalized. Team sports have to be approved by the board,” Nelson said.

Beatty has had a hard time finding the right coach in the past. It has been common to have one or two teachers to coach more than one sport. When Leo Verzilli was there he coached football, basketball and baseball.

Tonopah had a hard time doing just that. Two years ago, Muckers Coach Duffy Otteson was on verge of losing his wrestling program.

By far coaching in Division IV is not for the faint of heart in any sport. Game day can involve long bus rides to other remote rural towns, or to Las Vegas.