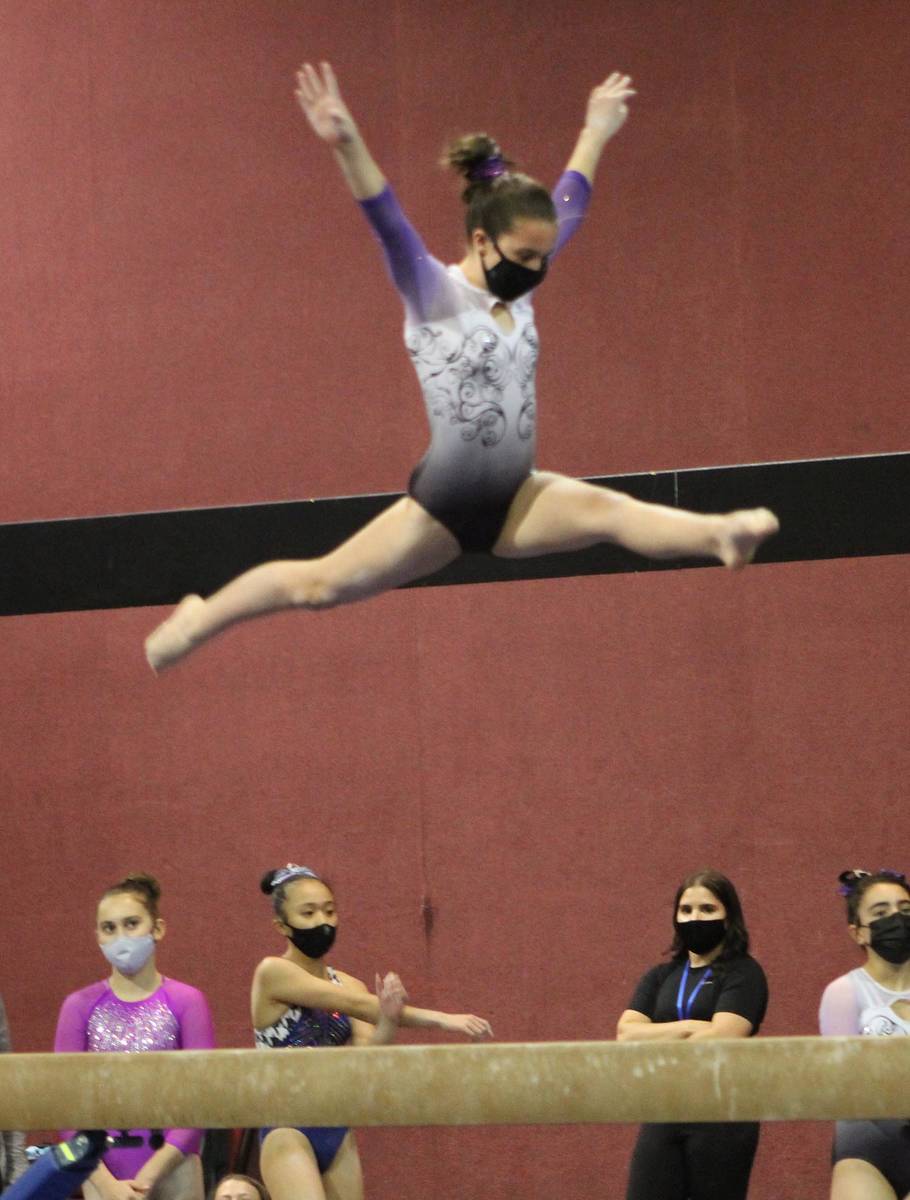 Melissa Plant/Special to the Pahrump Valley Times Arianna Plant of Pahrump routed the field to win the balance beam in her division at the Nevada State Gymnastics Championships in Reno. Plant also won the all-around in her division. 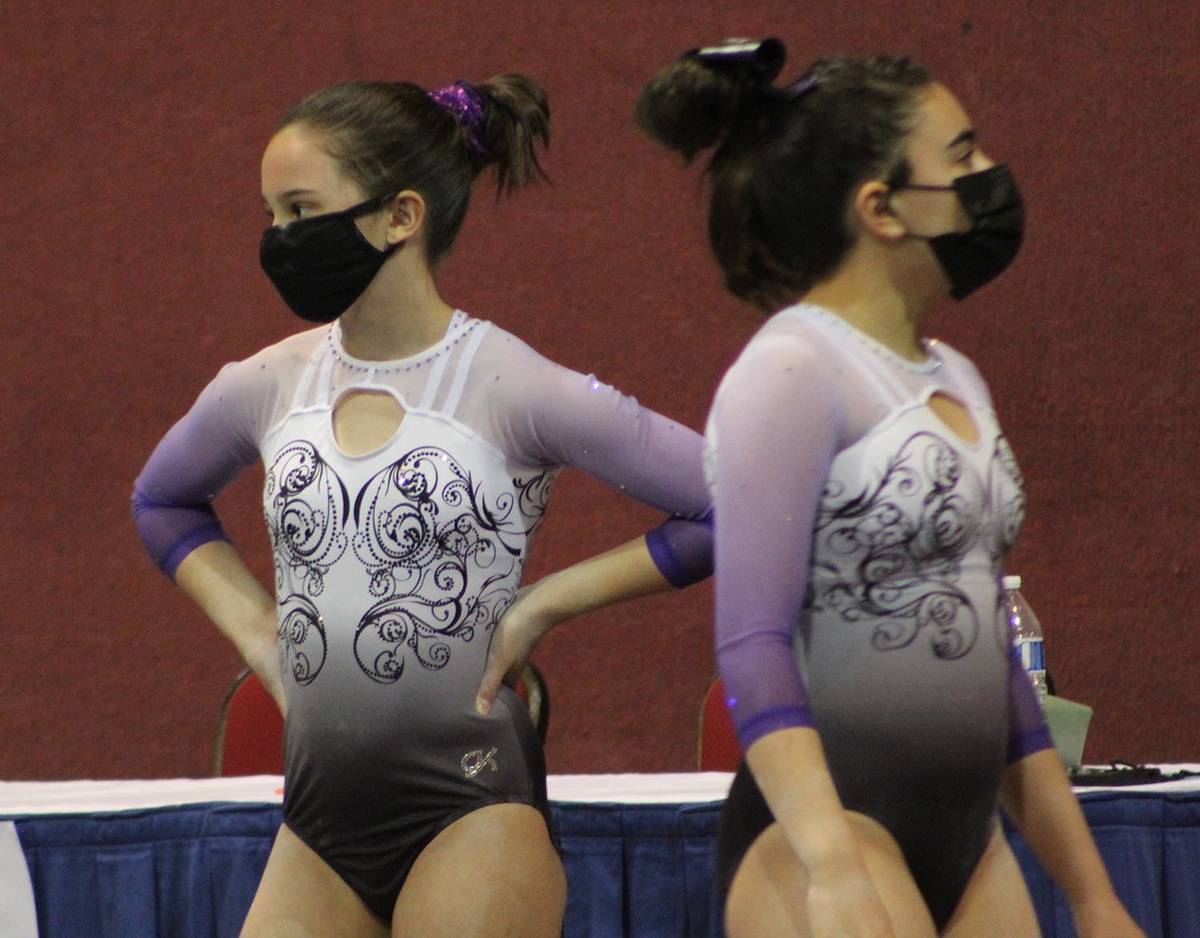 Melissa Plant/Special to the Pahrump Valley Times Twelve-year-old Arianna Plant, left, of Pahrump qualified to represent Nevada at a regional gymnastics meet next month at Grand Sierra Resort in Reno.

Plant, 12, traveled March 26-28 to Grand Sierra Resort in Reno to compete with Henderson-based Gymcats Gymnastics at the Nevada State Championships and won the all-around in her division, won the balance beam and qualified to represent Nevada at the regionals.

“In order to qualify for the state team, you had to be in the top six out of every division competing,” explained her mother, Melissa Plant. “So, of the almost 50 girls competing Platinum at state, Arianna finished fourth.”

Not only did she win the Xcel Platinum Division championship in the balance beam, she dominated the event. She earned a score of 9.750 compared to 9.375 posted by runner-up Serena Segura of Salcianu Elite Academy of Gymnastics, also in Henderson. Plant’s score on the beam was tops across all levels and divisions.

Plant put together that performance just one week after her first live meet since the start of the pandemic, the Viva Las Vegas meet hosted by Flip for Me Gymnastics in Las Vegas.

She started her busy morning at a dance competition, competing in four dances at Santa Fe Station Hotel and Casino before 7:30 a.m. By the time she arrived at Flip for Me, she had missed open warmups and managed to squeeze in two practice vaults before starting competition.

Nevertheless, Plant, competing in the Junior B Division, finished second in that event with a 9.300 before winning the balance beam with a score of 9.500. She finished just .025 points shy of gold in the all-around, settling for silver behind Mack with her score of 37.650. All of her scores, including floor (9.350) and bars (9.375), were personal bests, all but one of which she topped at the state meet.

Plant will be heading back to Grand Sierra Resort for the regional meet the weekend of May 1.