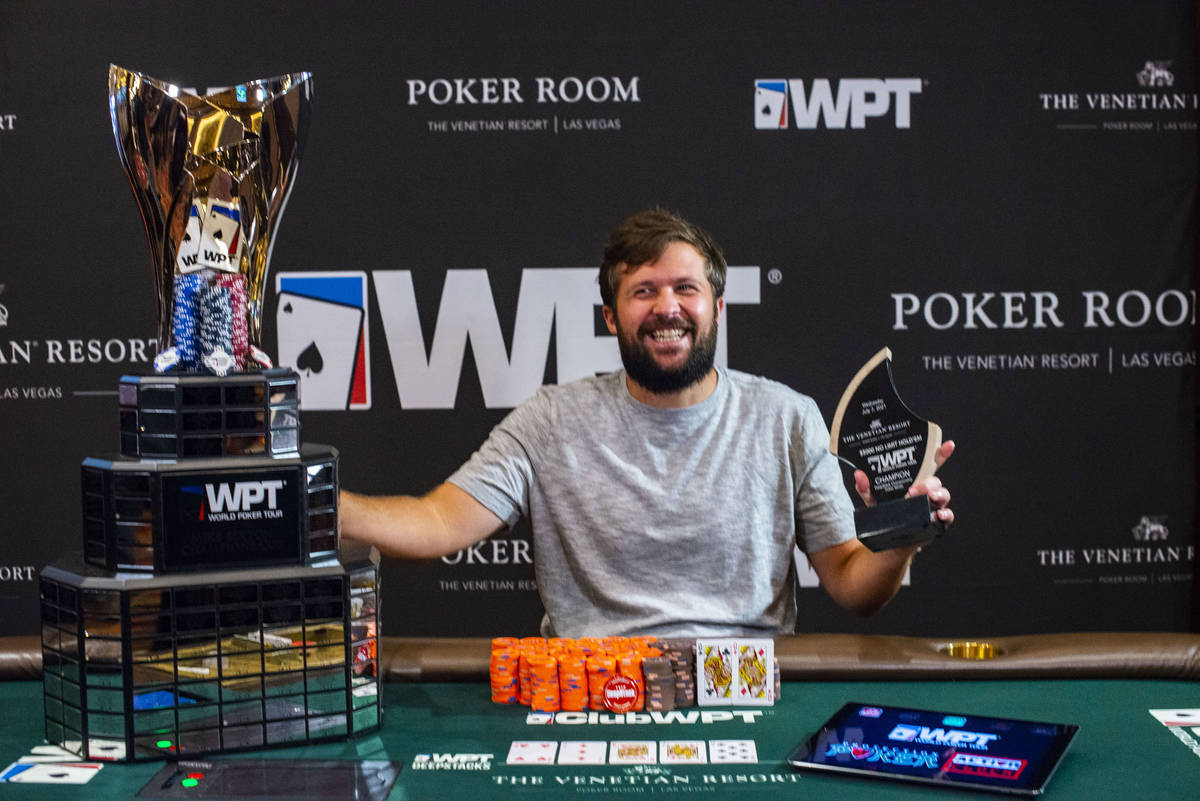 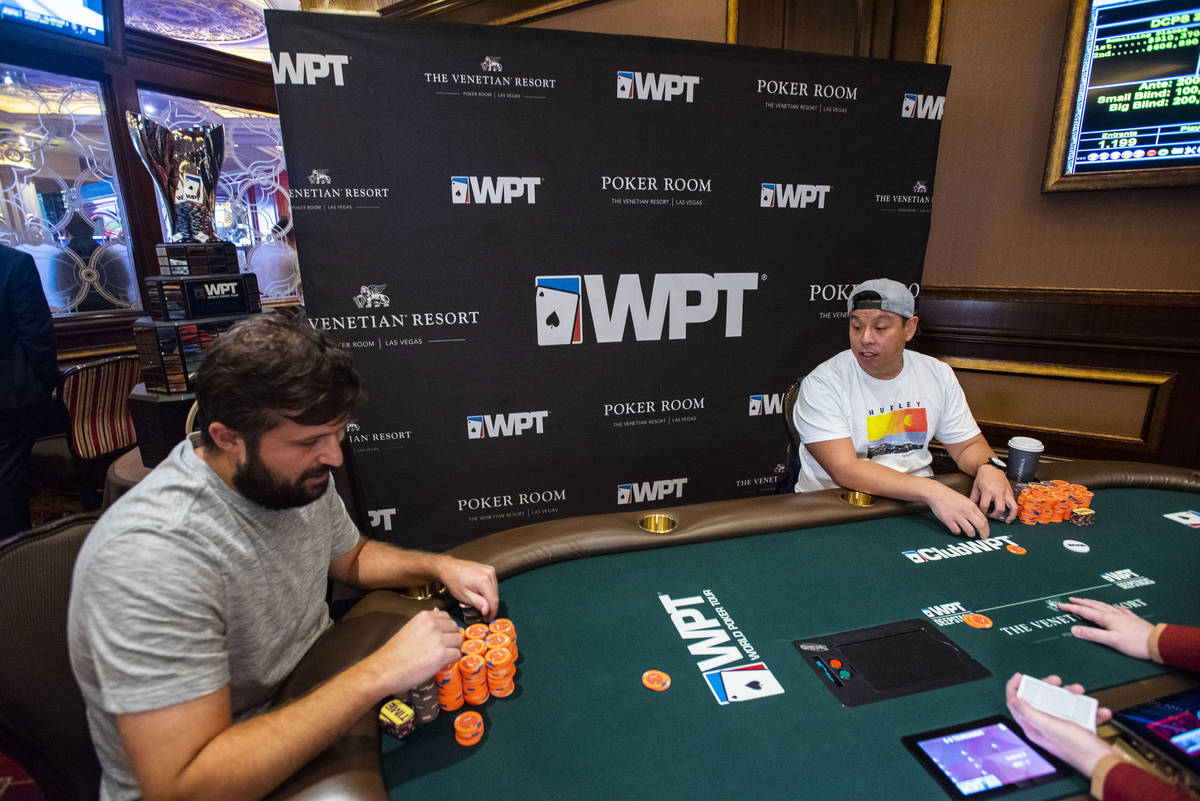 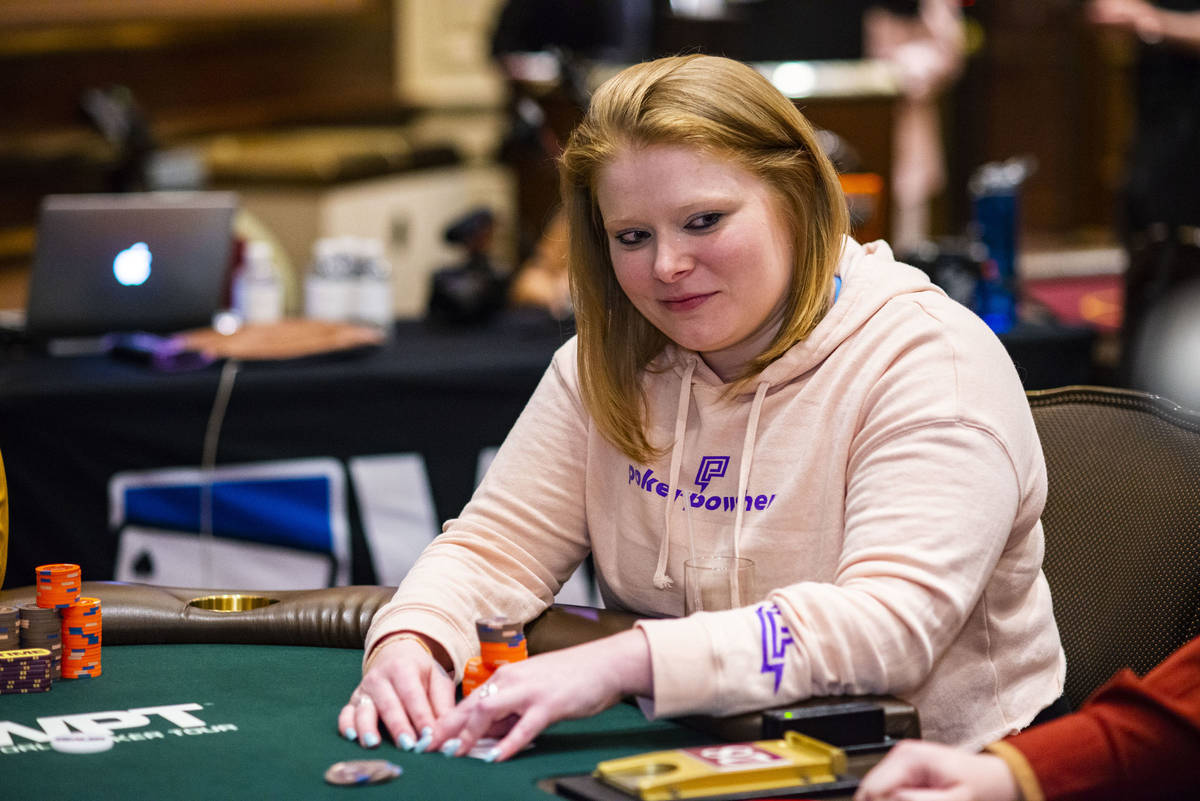 The poker gods seem to have parted the waters for Chad Eveslage.

The 29-year-old pro earned his third tournament victory and six-figure score of the year Wednesday, defeating a field of 1,199 entries to claim the World Poker Tour’s $5,000 buy-in No-limit Hold’em event at the Venetian for $910,370.

Overall, Eveslage, who lives in Fort Lauderdale, Florida, has cashed for nearly $1.8 million this year, according to the Hendon Mob Poker Database, bringing his career earnings to nearly $3.4 million.

“It’s been easy. It feels like I’m in ‘The Twilight Zone,’ where the guy is in the casino and he can’t lose,” he said. “I can’t lose no matter what I do, it seems like.”

Eveslage tore through Wednesday’s six-handed final table in less than three hours. Mike Liang came into the day as the chip leader with Eveslage right behind — with a clear gap to the other four players — and they were never really challenged.

Eveslage and Liang seemed poised for a long heads-up duel, but instead Eveslage took a gigantic lead when he doubled through Liang with a straight against trip tens.

“The money was going in no matter what, and I was on the right side of it,” Eveslage said.

A few hands later, Eveslage’s pocket queens held up against Liang’s ace-nine to finish off the victory. Liang earned $606,890.

The event was not taped for television, but longtime WPT announcer Vince Van Patten was on hand to congratulate the players and add another winner’s name to the Mike Sexton WPT Champions Cup. The trophy is named in honor of Van Patten’s longtime WPT broadcast partner, who died in September at 72.

The idea of a poker show thriving seemed ridiculous when the WPT debuted in 2002, Van Patten said.

“Mike and I both thought there was no chance for it to go more than three shows,” he said. “… We didn’t take it seriously. No one was going to watch poker. We were in a state of shock that it became a big hit.”

While the poker world misses Sexton’s passion for the game, Van Patten said he misses his friend.

“He’s the greatest ambassador of all time for poker, in my opinion,” he said. “He believed in it when no one did.”