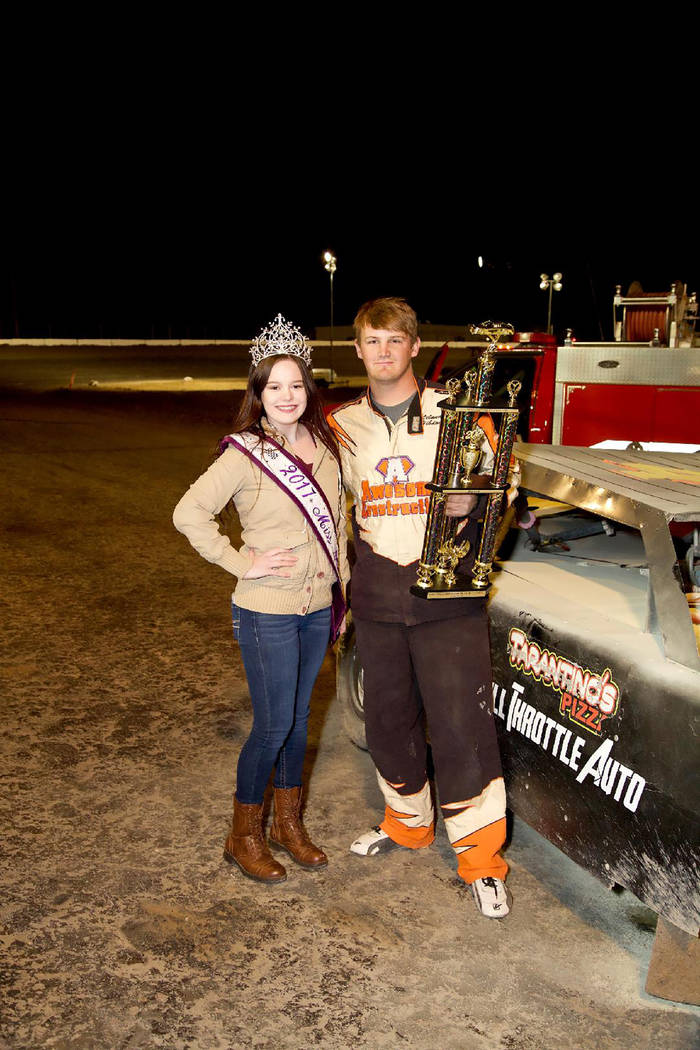 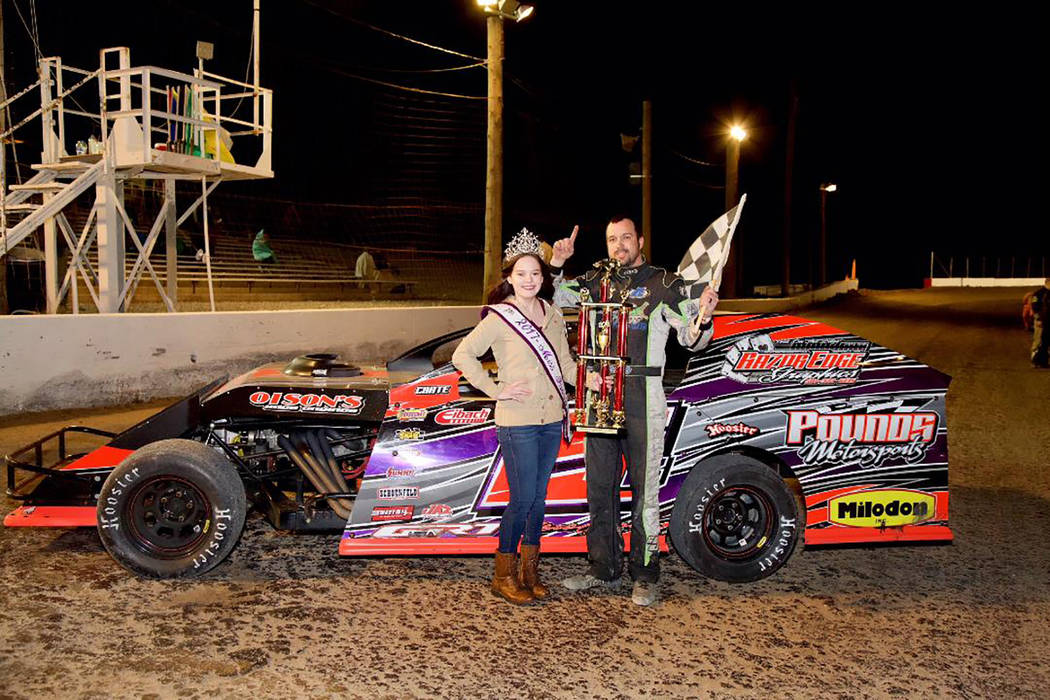 The serenity of the western slope of the mountains near Pahrump was shattered Saturday, March 3, when an impressive field of ground-thundering, fire-breathing International Motor Contest Association Modifieds and Super Stocks gathered at Pahrump Valley Speedway for a showdown that could be heard for miles.

The 33-year-old Pounds won by about six car lengths.

“That was one of the better paydays,” said Pounds, who is a welder-fabricator in Bakersfield. “It was a good race. I didn’t run as well as we did last year. We did some testing at Bakersfield a few weeks ago, and it all paid off.

“Our season opener is in Bakersfield this weekend, so we’ll be at Bakersfield Speedway. I’m sure we will be back to Pahrump for the same race next year.”

Run in memory of the late Ray “Stormin Mormon” Wulfenstein, who captured track titles at Craig Road Speedway in 1969 and 1971, the showdown of Modifieds included a strong contingent of participants from several states, including Wyoming, Nevada, California, Arizona and Montana.

Among those saluting the scheduling was veteran auto racing mind Paul Vetter, the western region director for IMCA Racing that is headquartered in Vinton, Iowa.

“This is all about location,” explained Vetter. “Vegas was the lead. It was a multifaceted effort.”

Austin Kiefer captured the Super Stock feature and pocketed $1,000 in the Sam Stringer Memorial Super Stock Shootout. His victory came by only about two or three car lengths.

“That was one of the biggest races I have won in my career,” said the 19-year-old Kiefer, who works construction with Wulfenstein Construction Co. “I am going to run my Sport Mod throughout the year in California and try to get a track championship.”

“I had people coming up to me all night long to thank us for the Stormin’ Mormon Showdown,” said Wulfenstein, who competed in the Super Stocks. “I had a great time. The track was fast, and it was smooth. Not one car was torn up in the Modified race.”

“Everyone had a good time,” Bryan Wulfenstein said. “Many of the drivers said they’d be back for future events.”