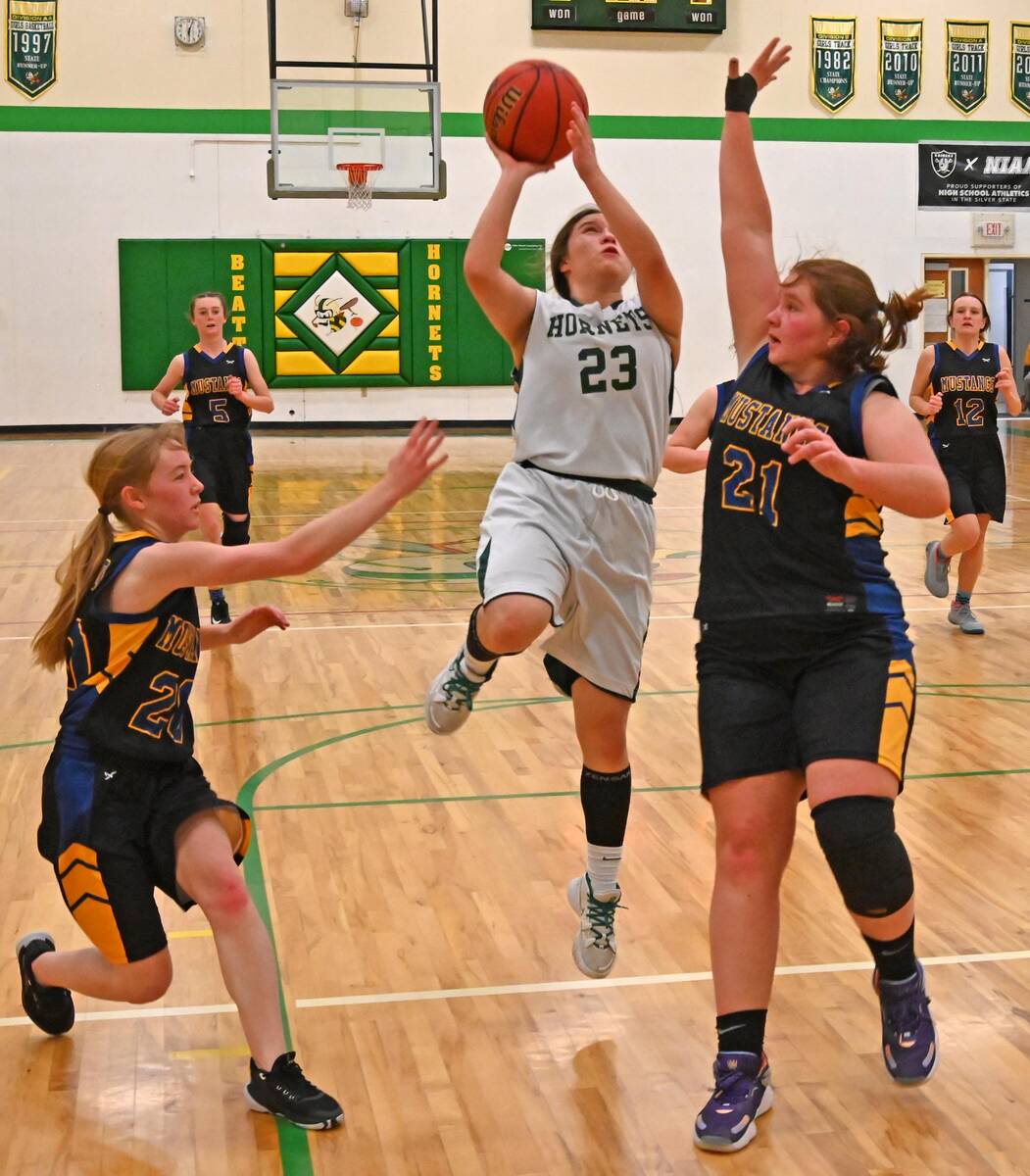 Richard Stephens/Special to the Times-Bonanza Beatty Hornets senior guard Cristel Lopez (23) goes for a layup in their game against the Lund Mustangs on Saturday, Jan. 29, 2022.

The Beatty High School boys and girls basketball teams are getting ready to kick off their 2022-23 season.

Both teams will begin their season with back-to-back matchups against the Sandy Valley Sidewinders.

The first matchup will be a home game on Tuesday, Nov. 29 and the second game will be on the road just three days later on Friday, Dec. 2.

Last season, the boys team finished with a 9-8 overall record and finished in fourth place in the 1A Central league with a 4-6 league record.

The Hornets entered the playoffs with the No. 4 seed in the central league.

Beatty will be entering this season without three of their top five scorers from last season, including the Hornets’ leading scorer, Darren Stephenson, who averaged 14.6 points per game.

For the girls, they’re looking to get back to the playoffs after missing out last season.

The Lady Hornets finished their 2021-22 season with a 4-13 record. They ended their season in fifth place in the 1A Central league with a 2-8 league record.

Beatty was co-led by senior Cristel Lopez and junior JJ Mendoza in scoring with both players averaging 5.2 points per game.

While Mendoza is returning, head coach Travis Barron will be looking to fill Lopez’s shoes on the court.

Both teams will be participating in the Kody Beach tournament on Friday and Saturday, Dec. 16-17 at Round Mountain High School.

Following that tournament, the teams will take a break through the rest of December and will pick up their season shortly after the new year with a home matchup against Green Valley Christian on Wednesday, Jan. 4.

You can follow along with the season by checking out each team’s schedules on maxpreps.com.