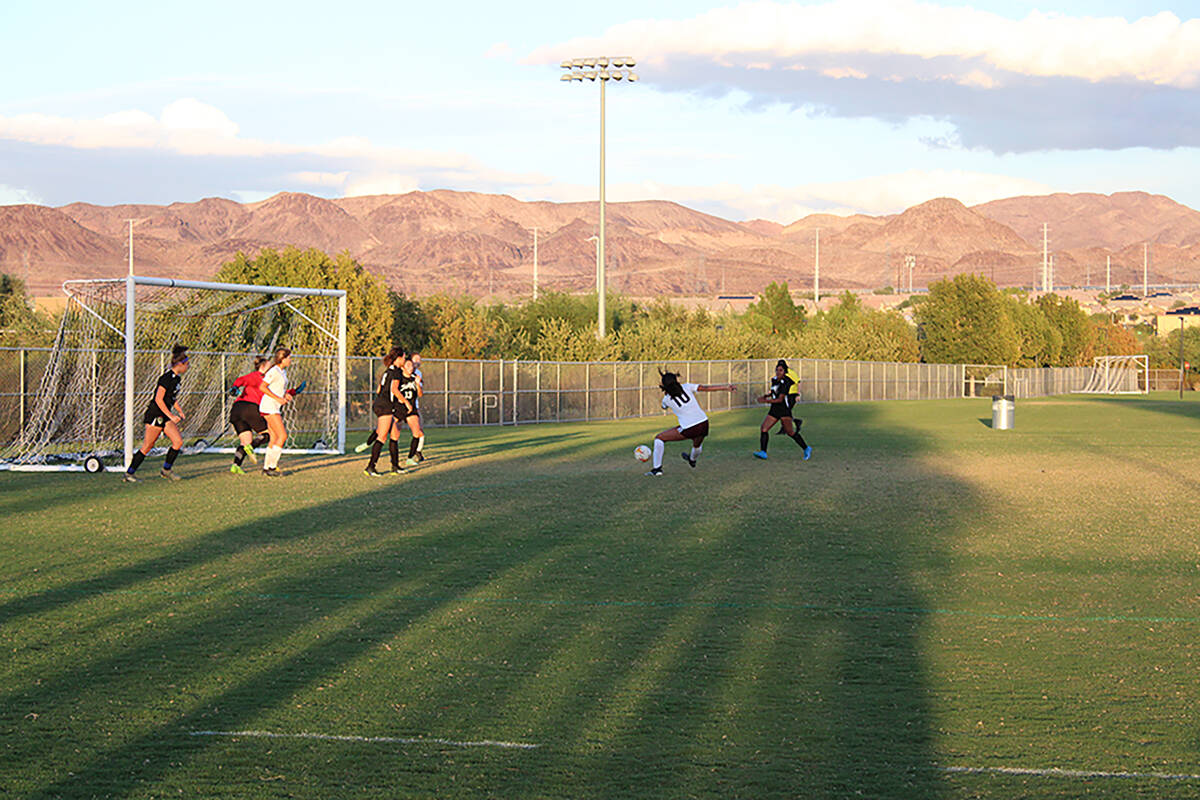 The game got off to a strange start, to say the least. What was once scheduled to be a 5 p.m. start turned into a 4:15 p.m. kickoff for multiple reasons.

“When we showed up, their person in charge, and their coach, said they wanted to start as soon as possible, but they had to wait for referees,” Pahrump Valley head coach Julie Carrington said. “So we said OK, because there were no lights on the field that we were playing on. We didn’t want to run the risk of the game going too late.”

Even with the shortened warm-up session and the surprise of an earlier start than what was expected, that didn’t phase the Trojans. The offense got off to a blazing start by scoring three goals in the first 20 minutes of the game.

Junior forward Adryanna Avena-Caraballo led the way for the offense. She finished with two goals and two assists in the game. Avena-Caraballo is now second in the 3A conference with 34 total points (14 goals, 6 assists) for the season and is tied for fourth place in the state among all conferences.

“She’s always had that gifted left foot,” Carrington said of Avena-Caraballo’s success. “She’s so open to learning something. She listens to everything and then she sees what works for her and does it. She has utilized that right foot now, that I would say she’s double-footed. I’m really impressed with that. Not only her speed that she’s picked up, but her ability to train herself to get that right foot in more.”

Grace Miller, Andrea Sauceda and Kailani Martinez added goals for the Trojans offense. Martinez’s second-half goal was the lone goal of the half after an explosive five-goal first half.

Pahrump’s goalkeeper, Avery Moore, stopped all six of the shots she faced in the game, aside from the penalty kick that SLAM was able to score just before halftime.

“Following through, working together, being first and fierce,” Carrington said about what needs to be done to reach State. “Not necessarily fierce as in aggression, but fiercely dedicated to what our goal is here. And they know now that State is at our field. So let’s get it.”