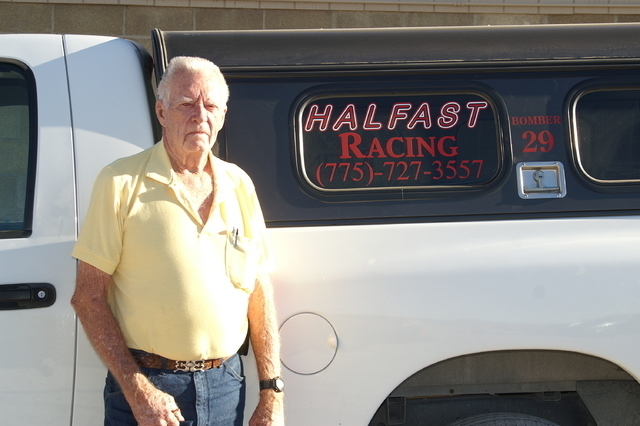 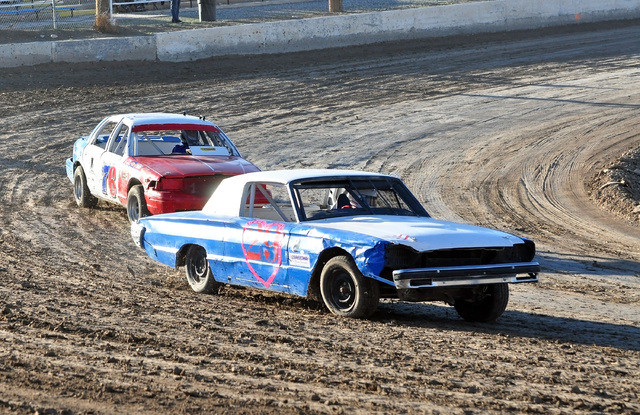 Russ Wilson didn’t have a need for speed, nor was he the fastest driver in the pack, but regardless he raced on.

He didn’t race for the fame or even care if he won. He usually came in third out of four racers and was the oldest driver at the Pahrump Valley Speedway.

“He always raced because he loved it,” said Dale Giessler, speedway flagman. “He once told me, ‘I have raced all my life and now I am successful when I keep the car on the track, don’t hit the walls or anyone.’”

Giessler said last year when the 2015 Bomber Class champion, Mike Layne, had already sewn the championship up, he let Wilson beat him.

Giessler had told Layne that it was about time Wilson won one.

“Russ was shaking after that win and came up to me and asked me if Layne had let him win,” Giessler said. “I was so happy for him that I told him that Layne got caught up in a turn.”

Russ Wilson, the “the ageless warrior” of the Pahrump Valley Speedway has terminal cancer and is not doing so well. Wilson moved to Arizona and the number 29 car has been silent since he left.

He came out to Pahrump in 1996 and paid no attention to the track until a couple of years ago, when he had a gathering of friends at the house and he started talking about the old days. One thing led to another and the next thing they knew they were at the Pahrump Valley Speedway.

He said at the time, “I had stopped going to the racetrack because I knew what would happen if I went to the racetrack. Anyway, I went, and the next thing I knew, I was looking for a chassis.”

All that time in Pahrump, he really didn’t know if he still had the reflexes necessary to race, but he did it for two seasons and improved from sixth place in points in the Bomber Class at the end of 2014 to second place at the end of 2015.

He described his style of racing as a no-touch driver.

“I don’t want to stick my tire into someone else because I can’t afford to turn my car over,” Wilson said in 2014. “In my opinion, the way you spell stupid on the racetrack is anger.”

Wilson had planned on racing until he or the car stops racing. He says racing gives him new life and something to look forward to.

It was his body that finally gave out. Health issues finally caught up with Wilson and prevented him from racing the 2016 season. But at least he can say that he went out doing what he loved best.