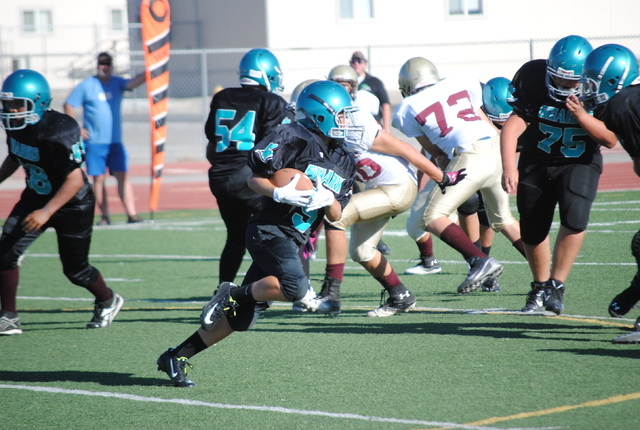 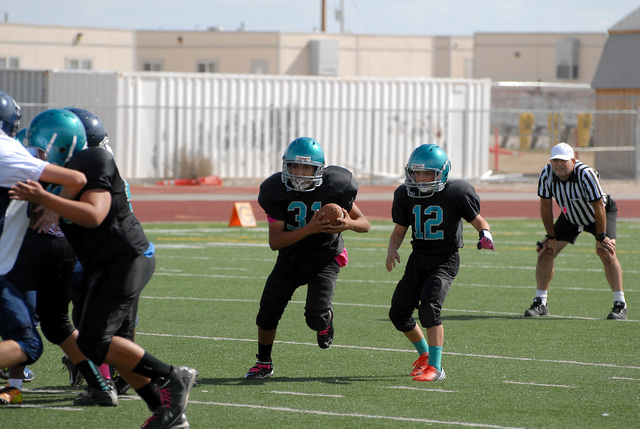 This year the Sharks had two teams, an A-team and a B-team. The B-team was coached by Dave Wright (head coach) and was assisted by Adam Lightfoot. The A-team (varsity team) was coached by Jeff Koenig and assisted by Duane Trieb and Lloyd Peough.

The Sharks closed their season out at the beginning of November. They played eight games and were 1-7.

Koenig said his boys played their hearts out but the competition was just too stiff.

The Sharks’ only win came around mid-season when they played the All American Sharks and won 59-19.

“The Nevada Youth Football League is a club football league based in Las Vegas and the majority of the kids only play one sport. It’s tough to compete in a league like that. I think we did well to win three games last year. This year the teams were really tough,” he said.

Koenig said the league choice was done by the administration.

“It’s hard to find teams to play that fit our school. We don’t have athletes that just play one sport. Our kids are a little more rounded and I think that’s good,” Koenig said.

The hard part about finding schools is the travel. Some of the schools don’t even have a football field to play on. Rosemary Clarke is lucky he said to have access to the high school and because of that many of the schools came out to play here. His team had six home games this year.

Koenig said at this point he is not sure if he will be back to coach the Sharks next year because his son is moving to the high school.

“I will say this, I could be back next year,” he said and he left it at that.