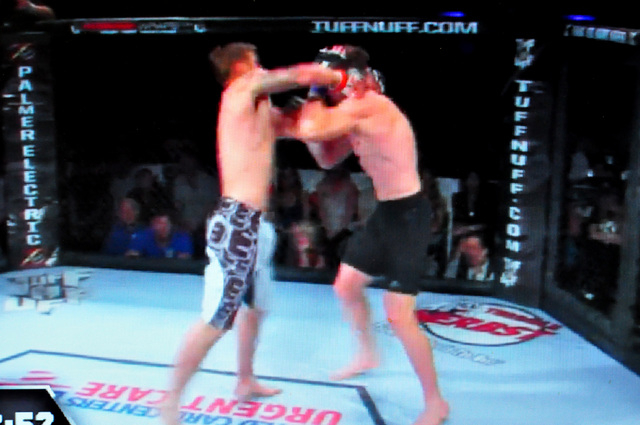 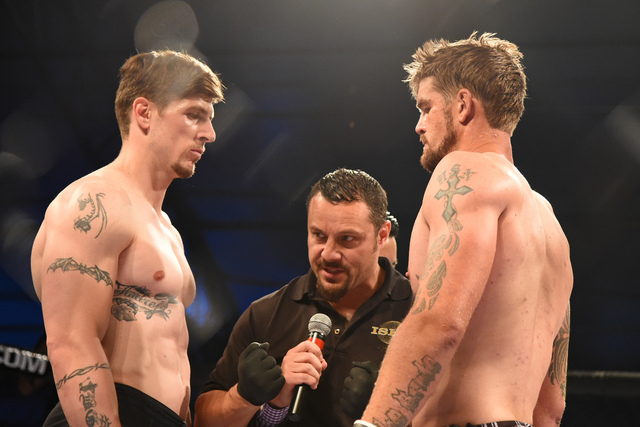 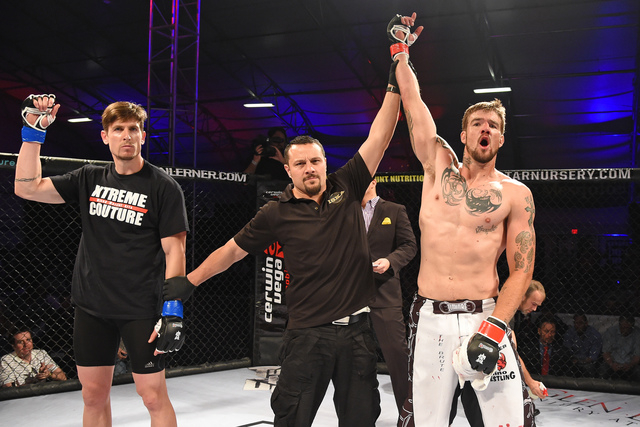 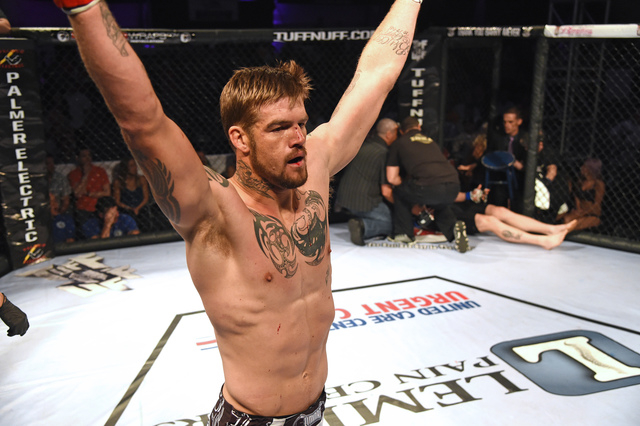 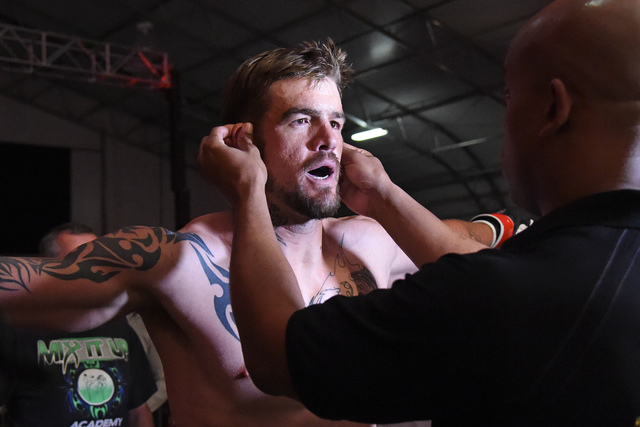 Schneider went to Mesquite on Saturday to prove to himself he was tough enough, and he did.

He beat his Tuff-N-Uff opponent, Milorad Nelica, a 6-foot-6-inch fighter in front of a packed crowd in the co-main event.

The fight announcers were saying it had to be one of the shortest Tuff-N-Uff bouts in its history.

Saturday’s fight had no resemblance to Schneider’s past wins where he took down his opponents and submitted them on the ground. Instead he was a boxer throwing punches.

“People didn’t think I had that knockout blow,” Schneider said. “This guy was no joke with the kicks. We wanted to always keep advancing on the guy with punches and my coaches didn’t want me taking any kicks from this guy.”

His coaches changed up his strategy because they knew Nelica had a great kick.

Nelica had taken out his last opponent with one kick and they didn’t want Schneider to go down the same way.

As soon as the fight started, Schneider closed the distance with Nelica and started punching.

“I wanted to rush in and never back up because if we back up we are losing the fight,” he said.

Schneider stunned Nelica in the third punch which was an uppercut and the fourth punch took him down to the ground.

The Pahrump fighter was able to get a flurry of five to six punches in the 11-second fight.

“I think my uppercut did the most damage,” he said. “After that punch I felt his knee buckle a bit. Then I hit him in the temple with a right hook, which took him out. He went to the ground and I got him again with a left and a right combo.”

Once on the ground the fight was declared a TKO.

According to Brandon’s coach, Robert Wilson, the fight plan worked. Nelica never was able to deliver his famed kick.

Critics in the past have doubted Schneider’s ability to deliver a powerful punch, he said. Wilson said he has always had this ability tucked away. He just has never brought it out.

“He followed the game plan perfectly,” Wilson said. “My game plan was based on the fact that this guy seemed like a traditional Muay Thai kick boxer.”

Wilson said the game plan was to go forward and apply the technique called dirty boxing. Common targets in dirty boxing, which originates from the Philippines, include biceps, triceps, eyes, nose, jaws and temples.

“We were not even looking at a takedown from a far distance,” Wilson said. “Our plan was just to keep on advancing forward, allow no space and striking the whole time.”

Brandon was instructed to punish him with small punches if he was tied up in any way.

Nelica was on the defense the whole fight and never got a chance to get started on anything.

“We didn’t want Nelica to get any confidence if he stopped any of Brandon’s takedown attempts in a prolonged fight and we saw Nelica using his kick more if that happened,” the coach said.

Schneider will get another fight on April 24 in Las Vegas. The advantage of the brief fight is that he came out unscathed and is ready for his next opponent.