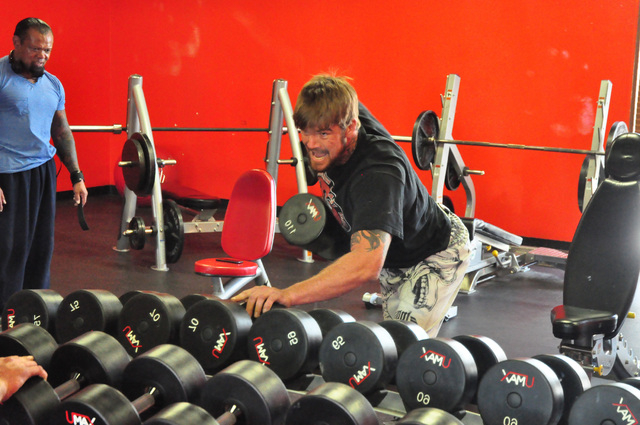 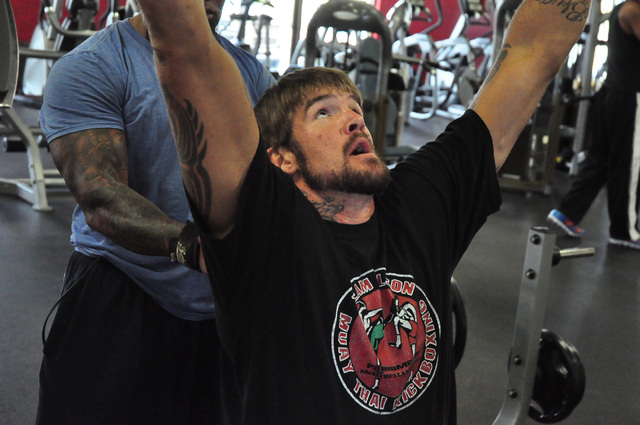 Schneider won this honor when he knocked out Milorad Nelica in an 11-second stunner in March.

His fight will be at the Cannery Casino against Mike “The Jersey Devil” Florio (7-2). The action is being billed as the “Festibrawl” and starts at 7 p.m.

Schneider said last week that he is ready for the fight and talked about training for the 3-minute, 3-round fight.

“We are always training differently,” he said. “We utilize a game plan and we always go off the game plan the coaches come up with.”

Florio is known for his ability as a ground fighter, which means he likes to take his opponents to the ground and grapple.

Schneider said his opponent’s last fight was a year and half ago so anything he did in the past has to be taken with caution.

“So we have to base the plan off what he has done,” Schneider said. “But, he is also coming off a break so anything can happen.”

Florio is a tougher opponent.

One thing is certain, at seven wins and two losses, Florio is not a fighter to be taken lightly.

Schneider has two coaches, Robert Wilson and Brian Thelaner of Mix it up Academy. Like all of his coaches, they volunteer their efforts. Wilson works in the construction industry and Thelaner is in law enforcement and works at the courts as a bailiff.

Florio is a seasoned fighter Wilson said and this means they prepare for all contingencies. In addition to changing the way Schneider spars, his coaches said he is ready for any type of an attack, and not just a ground game from Florio.

“He has been out of the game for a while so we can’t rely on his last fight,” Wilson said. “This means we are prepared for anything, stand-up fighter or take-down fighter.

“We are expecting the best from Florio, and we know he will be fully prepared and tough.”

The coach said he has been working Schneider heavy on the cardio to get him used to the 3-minute rounds.

“We have adjusted his workouts and his sparring, getting him ready and incorporating cardio that we didn’t do last time,” he said.

Schneider is tough and goes with whatever his coaches throw at him.

“The last guy I fought was a stand- up fighter,” the young fighter said. “This guy in the past likes to go to the ground and pound. This is similar to what I did.”

Schneider like the way he and Florio match up. “He is 5 foot, 11 inches and I am 6 foot, 5 inches and so I have a reach advantage,” he said. “I have to work on my take-down defense.”

One thing Schneider has to watch, and that is getting too excited in the ring. A mistake that many amateur fighters make.

His coaches push him on the cardio workouts for hours and then they have him throwing punches with the emphasis on the technique. This way, in the ring he will be punching hard with good form, even when he is low on fuel.

The fighter said his endurance is getting better every day due to this method. He went into his last fight, which was on March 14, planning on just 2-minute rounds but Tuff-N-Uff told his trainers at the last minute that the rounds were 3-minute rounds. He was ready then, so he believes he will be ready this time.

“No matter how hard you train, you will still have some hiccups,” Schneider said. “Every day you push yourself harder and harder, you may not think you’re training harder but people see the difference. My endurance is getting better every day.”

Schneider has been working out with George Arceo, a Pahrump certified weight trainer and conditioning coach, to maximize his strength and speed for the fight.

“George has been using his expertise to get me stronger,” he said. “He is using muscle contractions to build the muscle up, but also strengthen the muscles.”

Arceo said he is working on developing Schneider’s fast-twitch muscle.

“This is the smaller muscle or reaction movement,” Arceo explained. “Brandon has to move real quick whether it’s blocking or punching or even throwing a counter-punch.”

The trainer then explained how he is working on different sections of Schneider’s body. At the time, he was working on the mid-back area.

“When he throws a punch the mid -back muscles are pushing,” he said. “I am adding more power to that. I am not here to overly bulk the guy, that would slow him down and that is why we are working with higher repetitions and lower weights.”

Schneider only smiled in response to Arceo and said, “Everyone will have their day getting knocked out, but I don’t foresee my day coming anytime soon.”