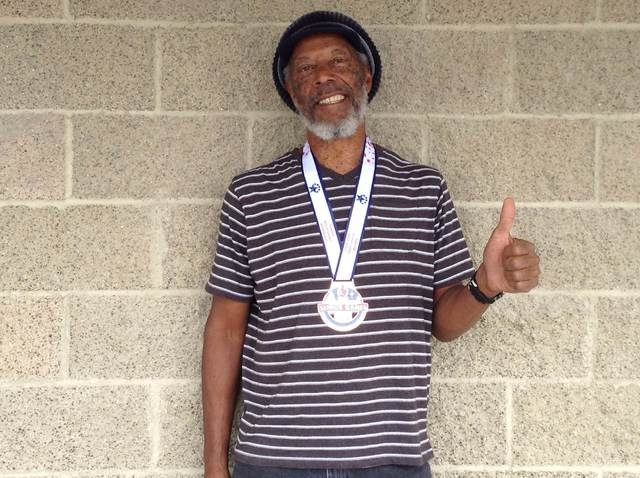 Marvin Caperton went to San Mateo, California last Sunday and participated in a USA Track and Field event and competed in the 60-64 age bracket.

Caperton regularly competes in senior events across the country. He runs in the 50 meter, 100 meter and the 200 meter races.

“The competition was tough and the guys in my bracket were fast,” he said. “I felt one guy pass me in the 200 and there was nothing I could do to catch him. Some people just flew by me.”

The senior athlete is a former University of California at Los Angeles football wide receiver and track star who played football under Dick Vermiel.