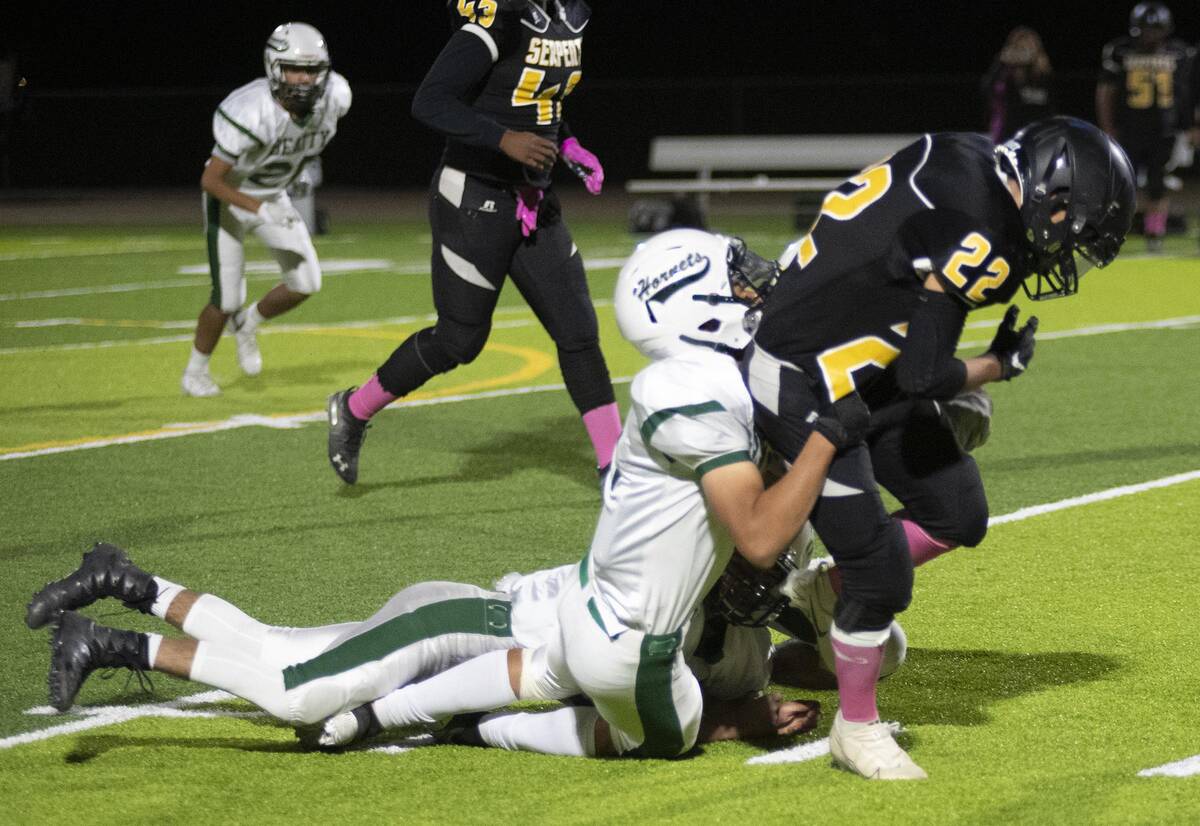 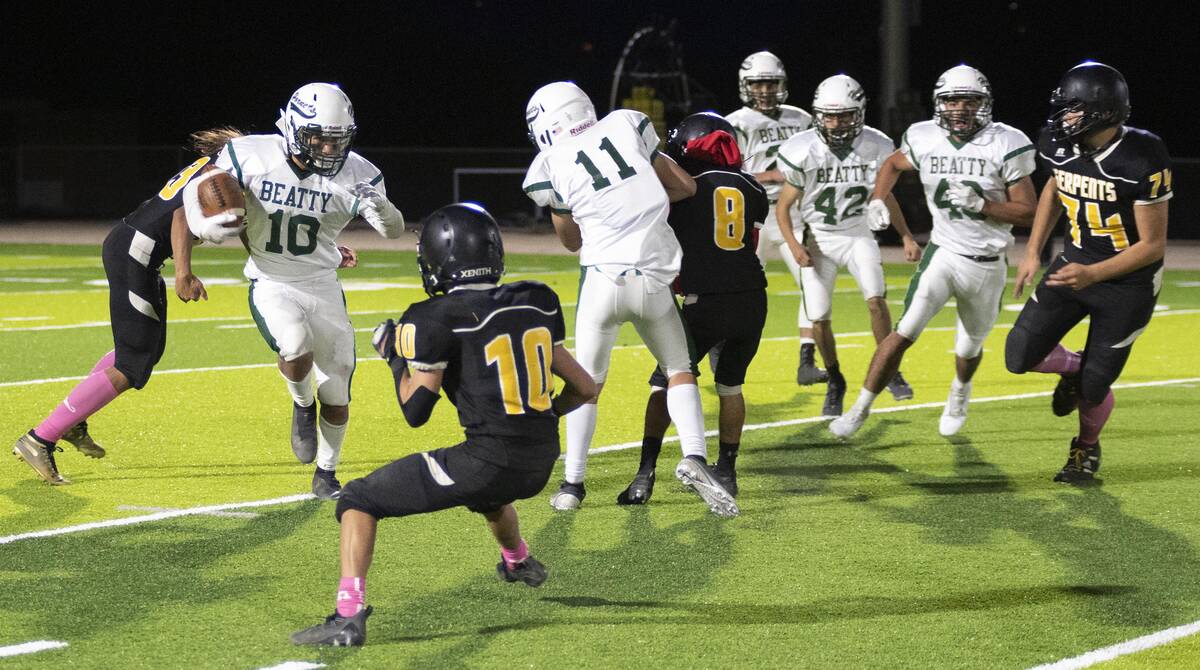 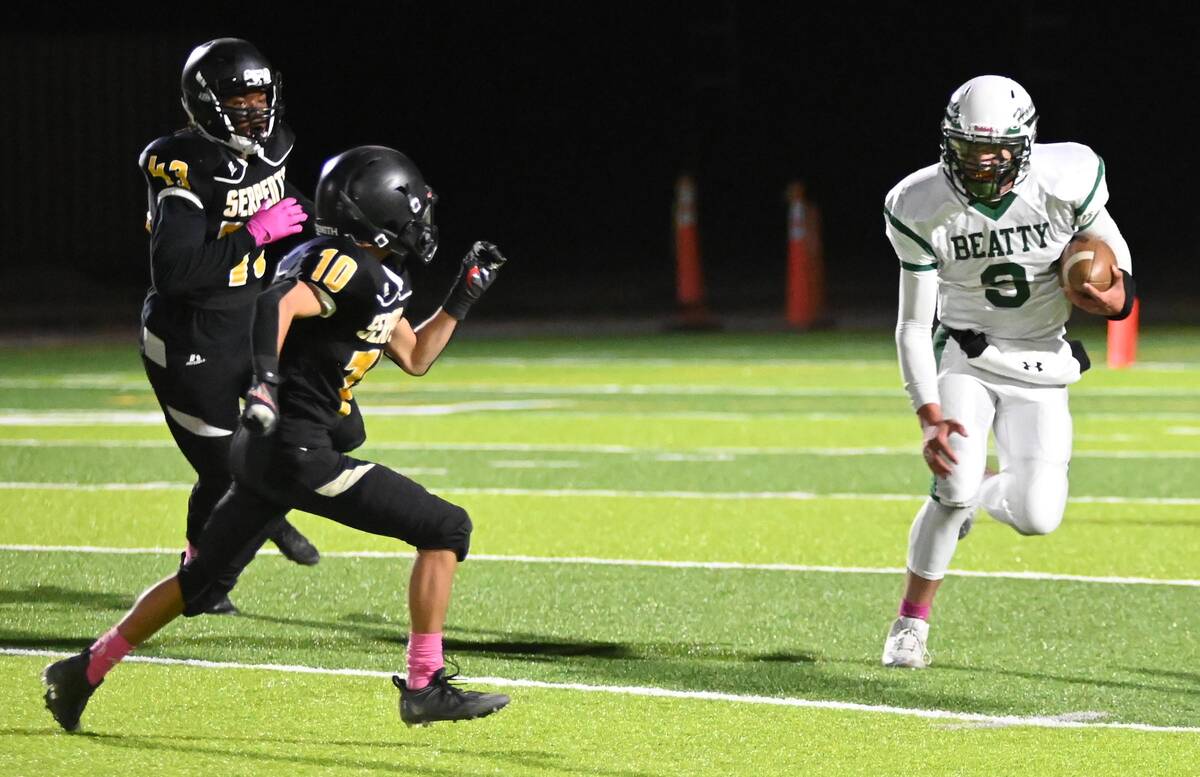 The Hornets were coming into this game off a bye week and hoping to get back into the win column after a less than stellar performance against Tonopah. With it being homecoming week and senior night, the Hornets had a lot of energy going into the game.

Mineral County was able to maintain a tight grip on the Beatty offense in the first half. The Hornets weren’t able to get anything going on the ground and would switch things up to an air attack following halftime.

“I know they came in understanding that we run the ball a lot, so they did a lot of stunts and were able to stop us pretty much for the first half of the game,” Beatty High School head coach Rusty Anderson said. “It took us a little while to wake up, and we did in the second half, coming out with a different methodology for the game. We decided that we needed to pass against Mineral County.”

Junior quarterback Francisco Granados led the way for the Beatty passing attack. He was able to drive the offense into Mineral County territory multiple times during the second half. Unfortunately, the offense was only able to put points on the board from one of those drives.

Once the game got out of reach, coach Anderson used the fourth quarter as a learning opportunity for the young players who will be playing in future seasons. He was able to give multiple players more game time than before to help them develop before the season ends.

“I took the opportunity to put in a lot of my young players,” Anderson said. “They got more playing time in this game than they ever had before. All of them developed as a player during this game and I can’t wait to see them next week.”

Beatty’s next game is on Friday, Oct. 22, when they travel to Round Mountain to take on the Knights. Kickoff is scheduled for 7 p.m.