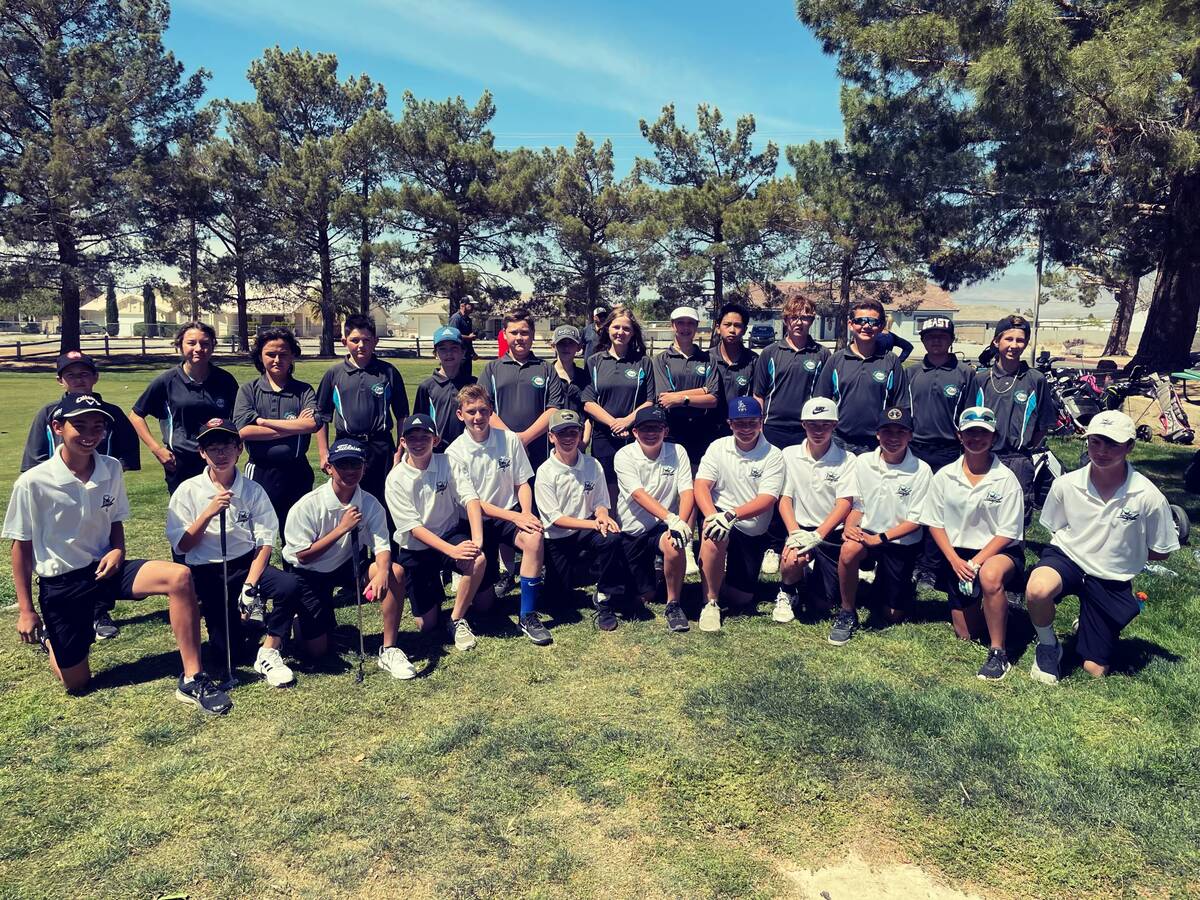 Special to the Pahrump Valley Times Rosemary Clarke Middle School hosted their final divisional golf tournament of the 2022 season, where they finished in second place, on Thursday, April 21, 2022.

Originally, four schools were scheduled to participate in the tournament. However, because of weather, two of the schools – St. Viator and St. Elizabeth – backed out of the tournament.

This left just the Sharks and Cornerstone Christian Academy participating in the tournament.

All golfers played nine holes for a par score of 30.

The Cornerstone team edged out Rosemary Clarke by a score of 123-128.

RCMS had golfers finish in first place in three of the four groups.

Ethan Zuniga took first place in the 5th and 6th grade boys division. He finished with a total score of 42.

Zuniga’s teammate, Kamden Moore, took second place in the division with a score of 47.

“It was a great day at the course and we are super proud of all our players,” said Sierra McKillips, Rosemary Clarke golf head coach. “Overall, this season has been a huge success.”

In the 5th and 6th grade girls division, only RCMS golfer Brynlee DeFriez participated. She finished with a score of 60.

Aaron Rily took first place in the 7th and 8th grade boys division. He was the only RCMS golfer to finish in the top three of the division. Rily ended the tournament with a total score of 42, beating CCA’s Tristan Mamula by just one stroke.

Garth came in first place in the 7th and 8th grade girls division. She finished with a tournament-low score of 37.

The 7th and 8th grade girls division was the only division in which Rosemary Clarke didn’t take first place, however, they did take second and third place.

Natalie Soto finished the tournament in second place with a score of 52, while teammate Layla Burnell finished with a total score of 55.

“We are grateful to have two awesome golf courses in the valley that support us.”

McKillips would like to give a special thanks to Tanner Bown of Lake View Golf Course and Elliot Owens of Mt. Falls Golf Club for supporting the team.

The Rosemary Clarke Sharks will be participating in their final tournament of the year later this week at the Las Vegas Golf Club.