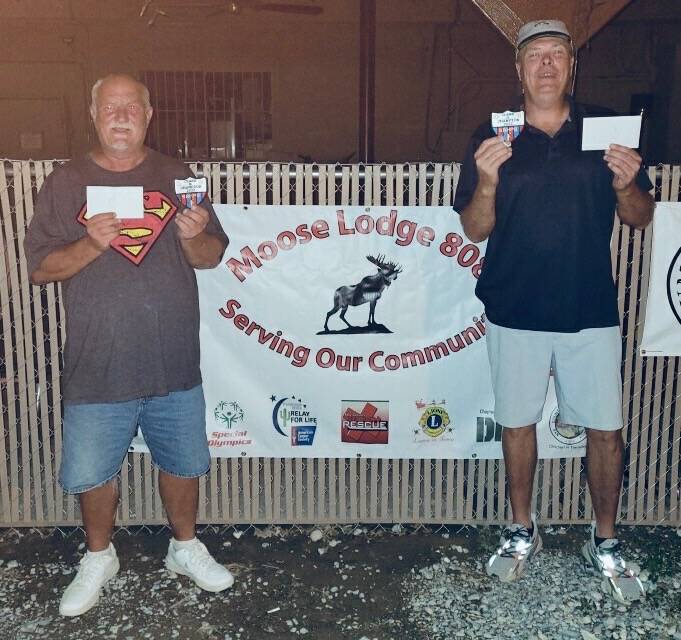 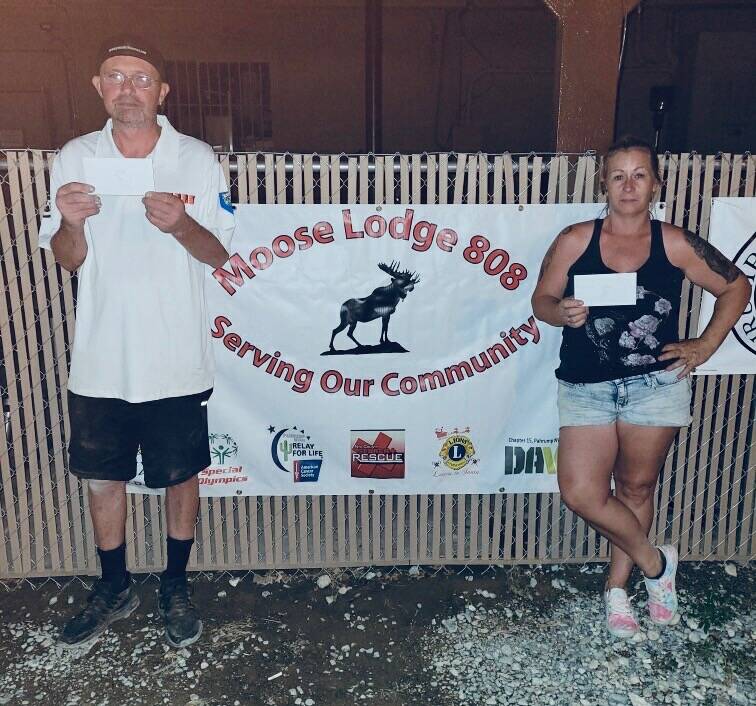 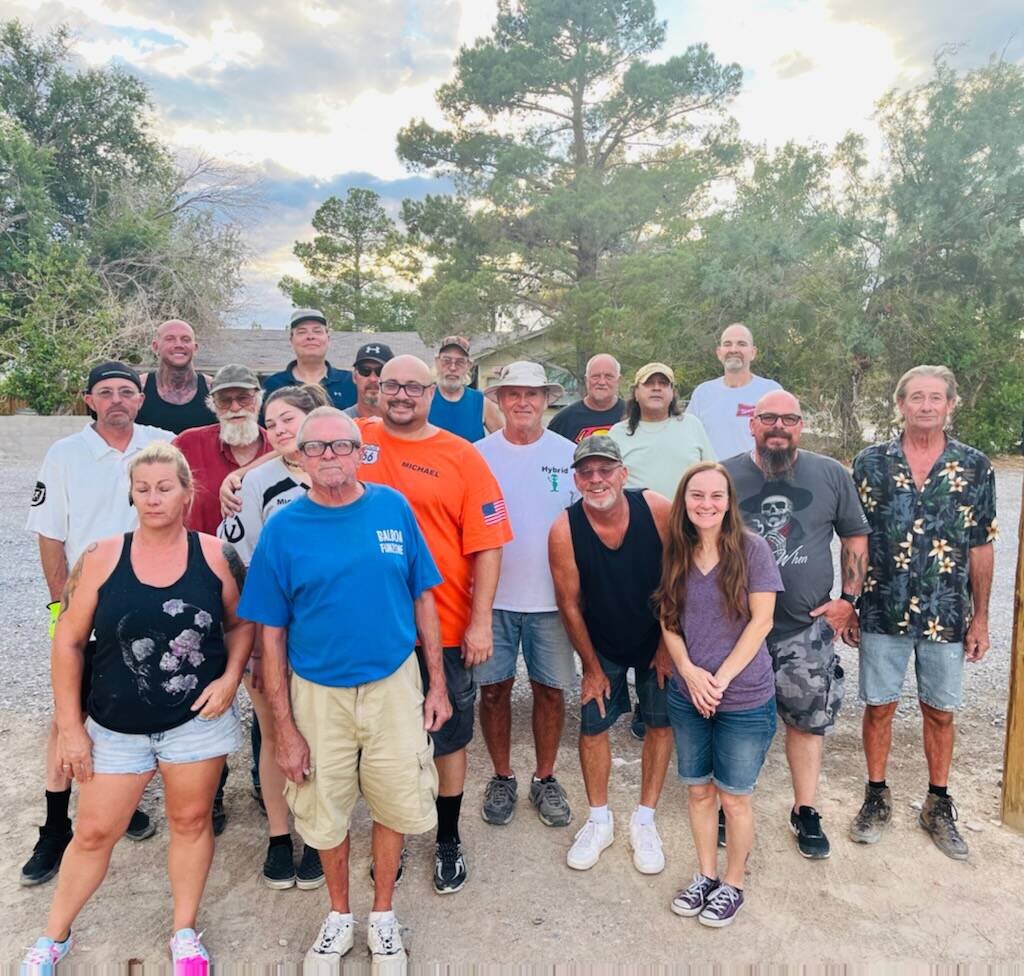 Special to Pahrump Valley Times The Shoes & Brews Horseshoes Pitching Series held an event on Sunday, Sept. 11, after taking a break for the summer months. 18 pitchers came out for the 9-team doubles tournament at the Moose Lodge 808 in Pahrump. 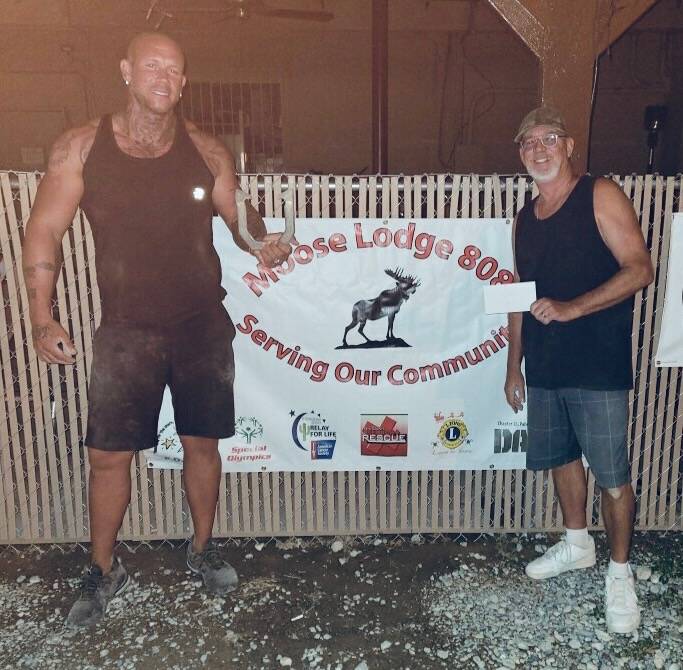 The Shoes & Brews Horseshoe Pitching Series resumed on Sunday after it took a break from action for the summer months.

The series is a collection of tournaments played in the spring and the fall. Each tournament has a doubles format and the top three teams are awarded points, along with a patch and a cash prize, that are tallied up at the end of the season to decide the winning teams.

Sunday’s event took place at Moose Lodge 808 in Pahrump. There were 18 pitchers participating, making up nine teams in the tournament.

The winning team was comprised of Pahrump residents Mike Dedeic and Lathan Dilger. Dilger was the A division player on the team and Dedeic was the B division player.

The pair finished the tournament with a record of 4-1. Their lone loss came in the first game of the championship matchup against second-place finishers Rob Foster and Mark Kaczmarek.

For finishing in first place, Dilger and Dedeic each received a tournament champion patch, a cash prize and they were each awarded 10 points toward their season total.

With their second-place finish, Foster and Kaczmarek ended the day with six wins and two losses.

After getting a win in their first matchup, Foster and Kaczmarek were knocked out of the winners’ bracket in the second round by Larry Workman and Christy Russell.

Upon getting put into the losers’ bracket, they rattled off five wins in a row to reach the championship round before ultimately being defeated by Dilger and Dedeic.

For their second-place finish, Foster and Kaczmarek each received a cash prize and they were each given five points to be added to their season point totals.

In third place of the Shoes & Brews tournament was the team of Workman and Russell.

They finished with a tournament record of 3-2. Their losses came against both of the teams that finished in first and second place.

For their finishing position, each pitcher received a cash prize and three points to be added to their season totals.

Following Sunday’s tournament, Dennis Anderson and Lathan Dilger currently sit atop the A division standings with 30 points apiece. In third place is Lawrence Workman with 18 points and Mark Kaczmarek is sitting in fourth place with 15 points for the season.

In the B division, Heath Russell is the point leader with 23 points. Mike Dedeic is currently the runner-up with 20 points and Chuck Smith is following closely behind in third place with 18 points.

There are four tournaments remaining in the 2022 Shoes & Brews series. The next event will take place at DJ’s Ranch Saloon in Pahrump on Saturday, Sept. 17. That tournament is scheduled to begin at 6 p.m.