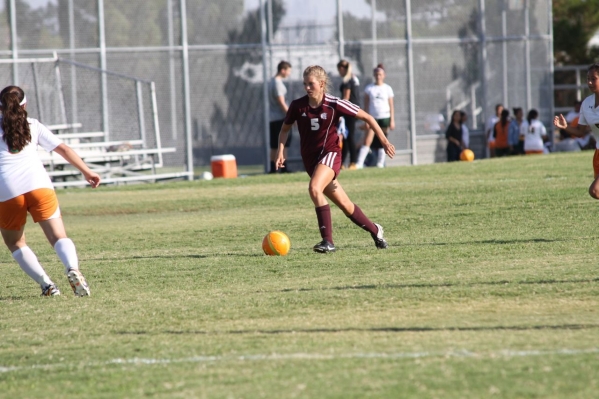 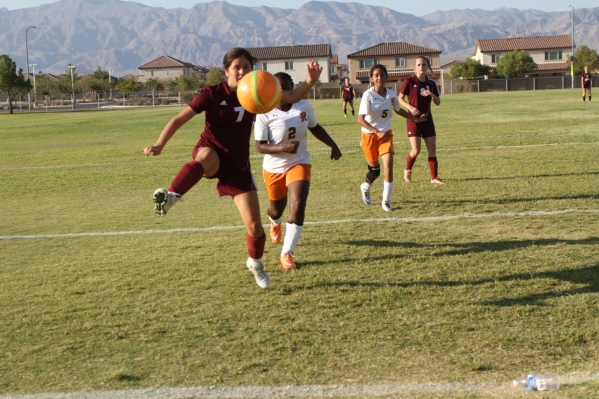 The Trojans girls soccer team has been scoring some serious points lately after having a tough time getting the ball into the net during preseason. The team soundly defeated Mojave 5-0 in their first conference game. Pahrump (3-2 overall, 1-0 Sunset League) has scored 10 points in their last two games and have some momentum going into their next game against Division I Canyon Springs on today at 3 p.m.

Canyon Springs (5-2 overall) was 1-2 at the Mesquite Cup, losing to Virgin Valley and Clark. This Las Vegas team beat two other non-league Division I teams, Bonanza and Durango.

The Trojans then will play on Thursday at 3 p.m., a decent Clark team (3-4 overall, 0-2 Sunset League) at home. The Chargers beat Canyon Springs and Pahrump at the Mesquite Cup.

Mojave scored two goals in the first half and three in the second half.

On the bright side, Nick Harris saved four goals.

The games won’t get easier in the coming weeks for the boys. The team takes on Clark (4-3 overall, 1-1 Sunset League) away on Wednesday and Western (5-1 overall, 2-0 Sunset League) on Monday. Both of these teams finished at the top of the conference last year.